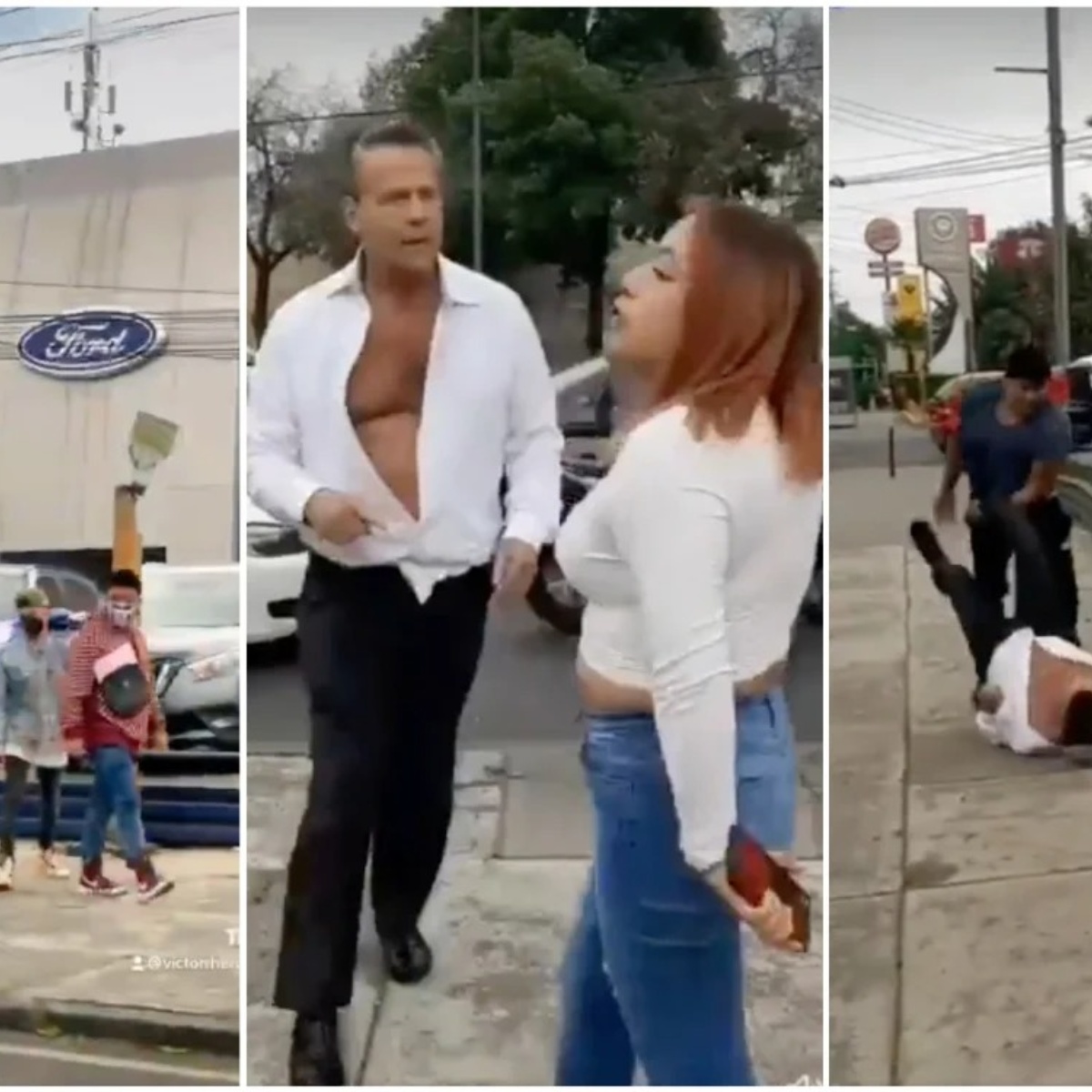 A video has been released on social media, where you can see Alfredo Adame getting into a fist fight with a woman, who knocks him down on at least two occasions.

Internet users were surprised to see the actor and former politician reach such an instance, because he had assured that he would not cause more scandals.

The eternal enemy of Carlos Trejo would have argued with a couple in what appears to be a traffic accident, however the discussion came to blows with both.

The name of the actor is again highlighted by the controversy, because on this occasion he starred in an argument with a couple in the streets of the Mexico City.

Adame, allegedly, would have hit a car, an action that was recorded on video by a witness to the accident. However, this action caused the actor annoyance.

“Give me my cell phone,” the politician says to the woman who was recording the scene, the same one who, feeling intimidated, acted with blows, which were answered by Adame.

Although the videos went viral to this day, it is really unknown when it happened and even the origin of the heated fight.

As expected, the netizens burst into memes and laughter towards Adame’s fight, indicating that he received what he deserved for such an arrogant attitude.

“Well, it’s not very good for blows. Look at Adame, being knocked down twice, is not from a good black belt fighter,” one of the comments said.

In the past, Alfredo Adame got into an argument with the ghost hunter Carlos Trejo, even agreed to a fight, which did not take place.