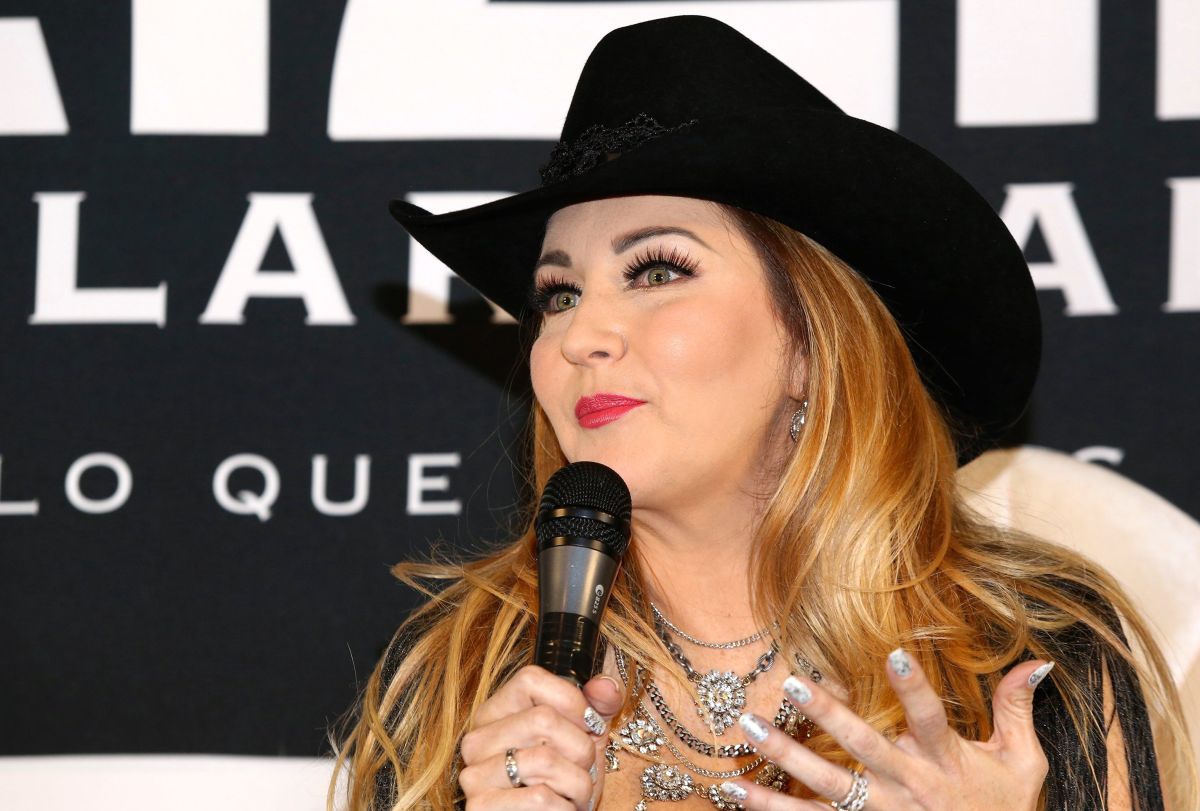 After her foray into the artistic world, the Mexican singer Alicia villareal revealed that she is still focused on the project of her biographical series, a reason that made her remember and scrutinize every detail of her life.

In addition, the interpreter of “The Mare was too big for you” he said during his meeting with the press on the program for “The sun rises” that he does not intend to hide anything that he has experienced both personally and professionally.

“I have two options and I have already decided on one, but I would like them to show that Alicia Villarreal that you know, not to say ‘oh, poor girl!’ because poor thing I have nothing, they know me, I have worked a lot, I have made an effort in an industry that is for men, in which they have pushed me aside and in which I have left for pleasure because I do not want to fight “.

In addition, Alicia Villareal confessed that she already has in her sights as the protagonist of her bioseries, Sebastián Rulli’s girlfriend for this project.

“There are some proposals for actresses, and well, I would love my daughter, she has taken her dramatic courses and all that, but I don’t know, the truth is I have an option that I would love a lot and it is with Angelique Boyer”.

Before concluding the interview, the interpreter of “You take advantage” commented on the actions she took after her daughter Melenie reported harassment by a close relative.

“Well, what all moms do, talk to them, tell them that life goes on, that nothing happened, because the truth is nothing happened, and I am very proud of my girl who is a beautiful, well-educated, noble girl. and worker”, ended.

THIS IS HOW MELENIE CARMONA SINGS

Melenie Not only did she inherit her mother’s physical beauty, as many say that Arturo Carmona’s daughter is just like Alicia Villarreal, as she also inherited the vocal talent that led her mother to the popularity charts and to fill venues in various parts of our country .

And as expected, that talent cannot be hidden, so Melenie is already preparing the single that according to the daughter of “La Güerita Consentida” is going to give a lot to talk about.

The voice of Melenie has not been a secret to anyone, since on several occasions the daughter of Arturo Carmona He has come out singing either alone in the accompaniment of his mother and his voice sounds almost the same.

The person in charge of producing the musical career will be nothing more and nothing less than his mother’s husband, Cruz Martínez, who is a music producer and former member of Kumbia Kings, and with whom he also has an excellent relationship and in fact sees himself as his second father.