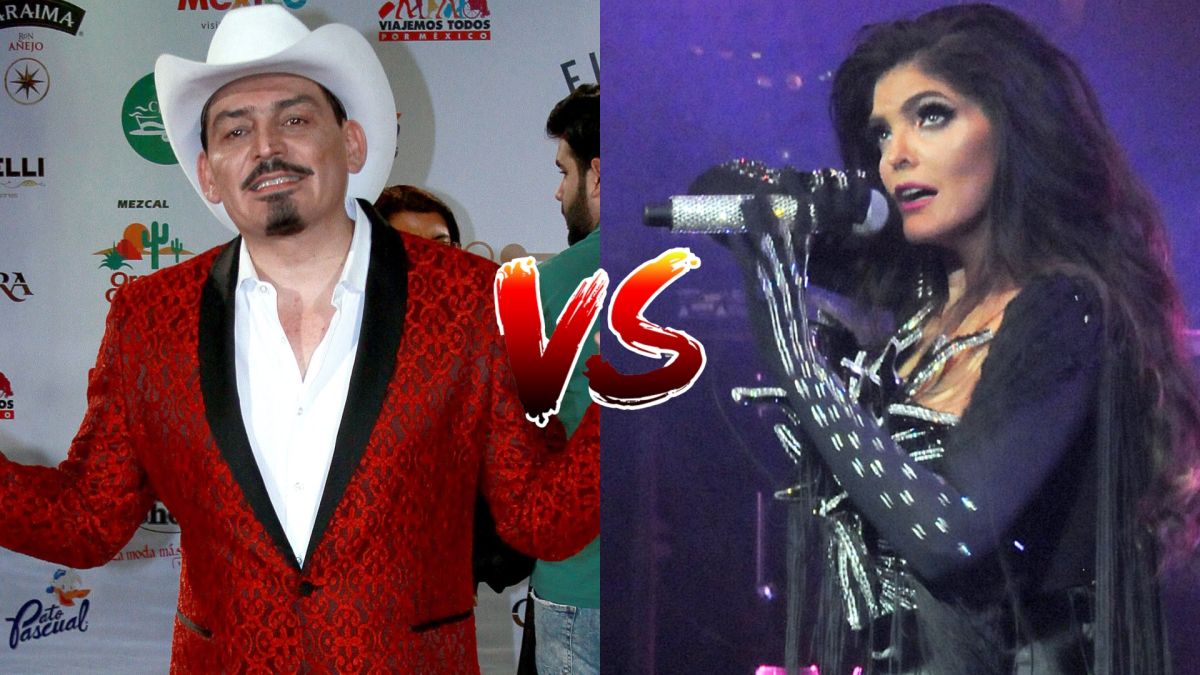 The attacks of alleged plagiarism have become fashionable in the Mexican Regional, since days after the tricolor composer, Horacio Palencia, was accused of allegedly stealing a song, now it was the turn of the “Queen Grupera”, Ana Barbara.

On this occasion the accuser is the eldest son of Joan Sebastian, Jose Manuel Figueroawho is in the eye of the hurricane, making controversial statements on social networks.

Figueroa that the song “Fruta Prohibida” is his authorship despite the fact that it was recorded 12 years ago by the group Los Elegidos, which was made up of the brothers of Ana Bárbarawhile, in April 2021, she decided to record this musical theme very much in her style, and it was a great success on music platforms.

For this reason, it was during her meeting with the press that the singer of the Mexican regional learned that Joan Sebastian’s son posted a message on social networks in which he expressed: “FORBIDDEN FRUIT? ……. Rescuing my songs and compositions, even if the calf leaves the ranch, the cattle rustler returns”so the interpreter of “I give you the rain” did not remain silent.

This is how Ana Bárbara responded

The artist from San Luis Potosí commented to the press that she needed to see him to give exact information or her point of view; However, He commented that having said that with those words, assuring that this song is by Joan Sebastian’s son, what causes him is machismo.

“If that were the case, what did he say, with those words, that song belongs to him, because what it provokes in me is machismo, right? Because ‘Oh, Ana Bárbara couldn’t write Forbidden Fruit”.

Likewise, the also interpreter of “La Trampa” stated that she has several musical successes that are her own: “I wrote “Forbidden Fruit”, “I looked for it”, “How little”, “It is not witchcraft”, “Actually” by Ángela Aguilar, and I wrote many others more than 25 years ago, my works are perfectly in order and registered, it would be very unfortunate that a misogynistic comment, because that makes me feel, that they cannot accept that a woman makes a song of these characteristics, such as that of Forbidden Fruit”.

Ana Bárbara revealed that from the song “I wanted to forget you”, which was the first she recorded on a disc more than 20 years ago, her melodies are duly clear and recordedso there is no legal issue, which is something type; “She didn’t do it, it would be something horrible and hopefully, if she did, let her think about it because it would be horrible.”