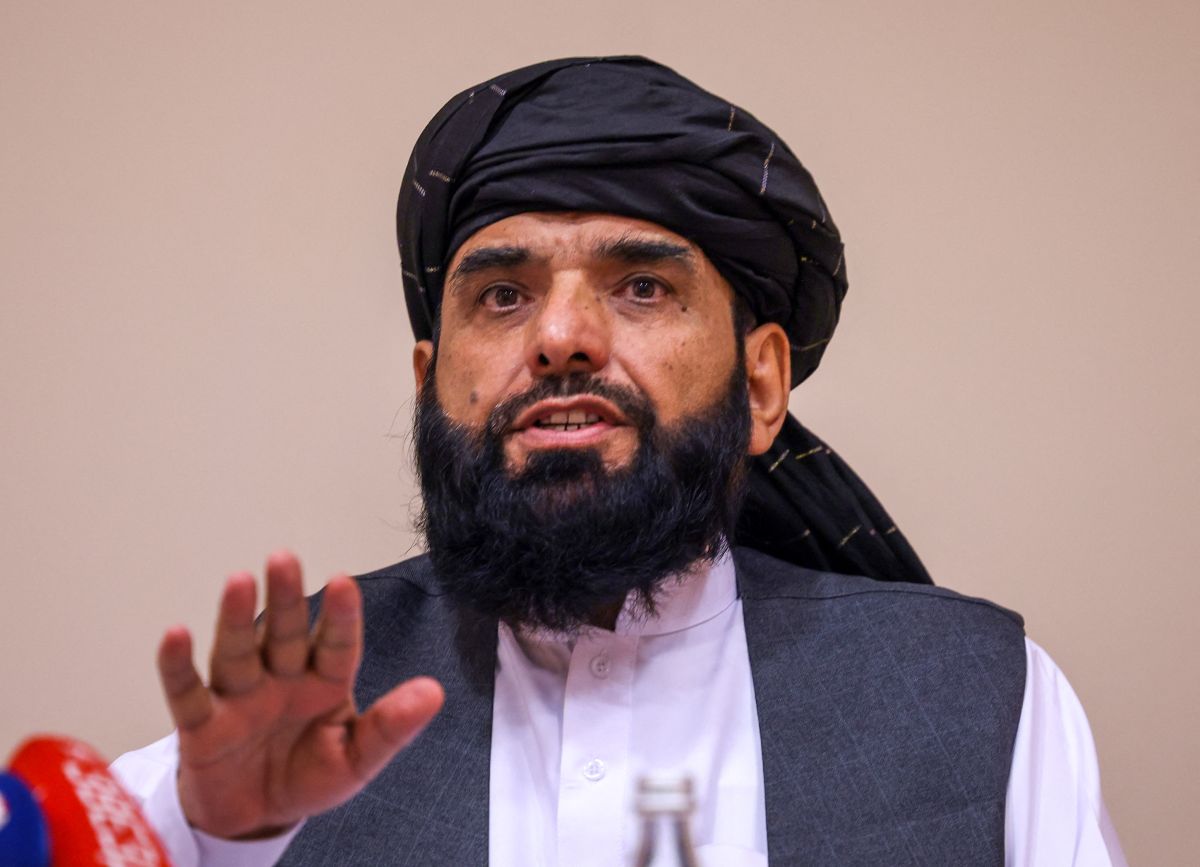 When BBC presenter Yalda Hakim was broadcasting the news live, she received the least expected call on her cell phone: it came from the Taliban.

The phone entry was reported on Sunday, and, as a sagacious journalist, Hakim placed the phone near a guest microphone so that the exchange was public.

Hakim, reporting from Sydney, Australia, was born in Afghanistan, but she left the country as a child with her family.

BBC News @BBCYaldaHakim has a Taliban spokesperson on the phone (on speaker), whilst presenting live. pic.twitter.com/N9jOQpkRHW

On the other side of the line was Suhail Shaheen, a spokesman for the Taliban, who was celebrating the radical group’s victory after recapturing Kabul, the Afghan capital after 20 years in exile due to the US invasion.

“Ok, on the phone line we have the Taliban spokesman, Suhail Shaheen,” said the host without losing her temper.

“Mr. Shaheen, can you hear us? ”Continued the presenter.

“There should be no confusion, we assure the people of Afghanistan in the city of Kabul that their property and their lives are safe,” Shaheen told questions about the chaos in the country.

Taliban say they do not seek revenge

“There will be no revenge against anyone. We are the servants of the people and of this country, ”argued the spokesperson.

“Our leaders have instructed our forces to stay at the entrance to Kabul, not to enter the city. We are waiting for a peaceful transfer of power, ”argued Shaheen.

Shaheen added that the transfer would involve handover of the country to the “Islamic Emirate” of Afghanistan.

Journalist continued the interview for about 30 minutes

For about 30 minutes, Hakim asked about the future of the country now that the organization controls the major cities.

Shaheen argued that rule under Islamic law (sharia) is the target of the Taliban resurgence.

The interviewee denied that the group is determined to leave behind brutal methods of repression and punishment such as public executions.

“I cannot say that now, that depends on the judges in the courts and the laws,” he replied.

“The judges will be appointed in accordance with the law of the future government,” he said.

On social media, Hakim’s behavior was recognized as relentless.

Before studying at Macleay College, the Afghan graduated from Sydney’s Macarthur Girls High School in Parramatta.

Subsequently, he worked for SBC before moving to the BBC in 2012.

In 2015, she related to ABC’s The Drum show how her family paid smugglers to leave their home country and seek asylum in Australia.

“I see myself as a woman who is Australian, who works for an international organization but I am Australian. I am a product of this society, “said the journalist as quoted by the Daily Mail.