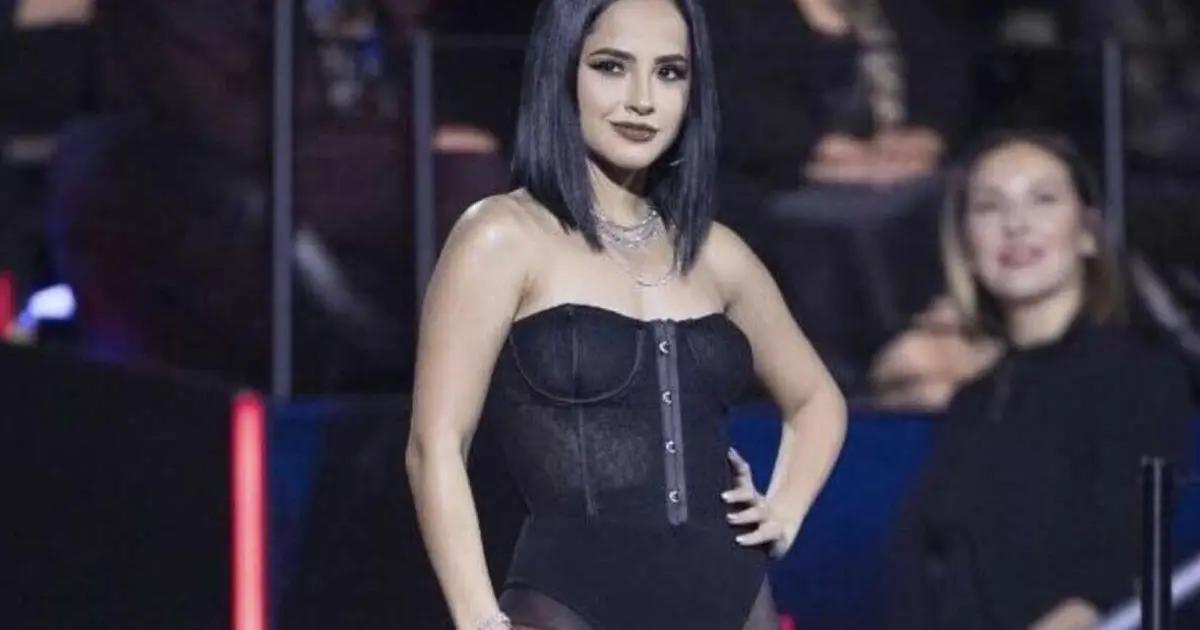 Last Thursday, November 3rd, the Radio Awards ceremony took place, where many artists attended and performed, offering impressive shows with their singles and some very emotional tributes to Mexican legends.

Californian singer Becky G was in attendance, looking spectacularly beautiful for the red carpet, especially once she got on stage. She delighted the audience with a live performance of her latest hit, “Mamiii.”

This song is part of the twelve singles that make up “ESQUEMAS,” the most recent album of the young actress and businesswoman. This song is performed in collaboration with the Colombian reggaeton singer Karol G it is a very empowering lyric that quickly became a feminist anthem.

Even using the term “Mami” to refer to a very self-confident, empowered fighter, who gets what she wants, is strong, successful, and intelligent is undoubtedly a great success for Becky G to have released this catchy song.

The young artist went on stage to delight the audience and those present with a new version of the song because instead of being in the urban genre as the original, she wanted to do an interesting experiment, performing it with mariachi. It sounded spectacular!

Becky G has distinguished herself as a music celebrity who plays assertively with different musical genres, making them sound amazing together. Her proof is “Mayores” combined cumbia with reggaeton, making all the listeners dance.

So the regional Mexican genre is an interesting field to explore, as she comes from a Mexican family. Her grandparents are from Jalisco, so she feels a nice connection with the country, so performing the song with mariachi was an honor for her.

The interpreter of “Bailé con mi ex” dazzled with her beauty in a long dress, very much in keeping with the theme of the new version. She tied her long hair in a ponytail, highlighted her lips with a dramatic red, and completely took over the night.