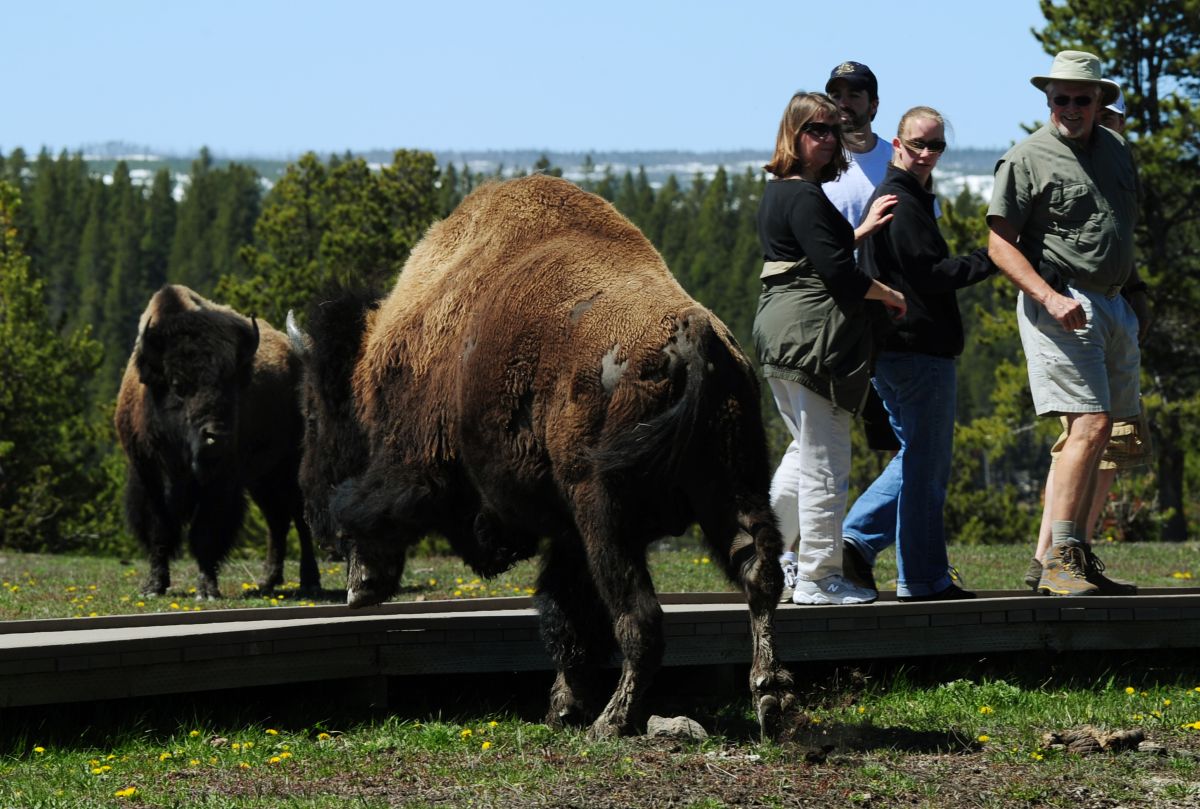 A man was taken to hospital after he and his family were nearly gored by a bison in Yellowstone National Park. last Monday.

Video footage from park visitor Rob Goodell shows the family extremely close to the bison near the Giant Geyser in Old Faithful before he attacks them.

One person in the group a 34-year-old Colorado man, was gored and suffered an arm injurysay National Park officials.

Here are the images of the bison attack in Yellowstone:

The park reported that the man was taken by ambulance to Eastern Idaho Regional Medical Center.

What appears to be a family of four or five people, including a child who was saved from being gored by the bison, shows them running off the road in an effort to escape.

Goodell said that before recording the video he had been following the bison for some time. He watched the situation unfold and says “the guy in the hat in the video got close to the bison and he got too close.”

According to Goodell, the guy who got hit was the first to irritate the bison. The bison then chased after the older couple because the boy ran towards them.

According to Jeremy Shaw, park manager on Utah’s Antelope Island, people often get too close to bison. “They always want to get closer and closer for photos. But ultimately, any time there’s a dangerous interaction with wildlife, it’s because the person got too close.”

This is the second reported incident in 2022 of a visitor getting too close to the animal and the bison responding to the perceived threat by goring the individual.

The incident remains under investigation.

Also read:
· Bison charges and kills a woman in Yellowstone; he launched her 10 feet through the air
Sloth bear kills couple and feasts on their remains for hours before being discovered
Yellowstone National Park aims for quick reopening after floods