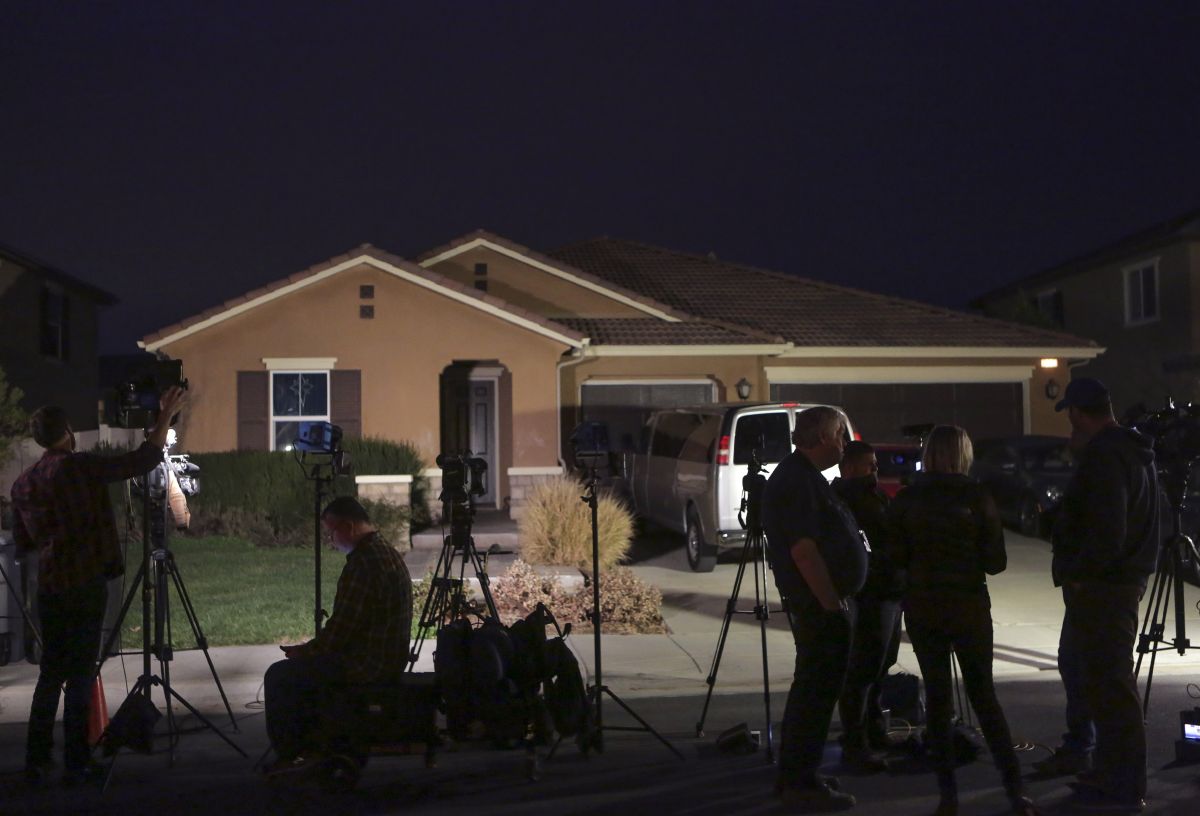 A unpublished police video, shows the denunciation of Jordan Turpin, after fleeing his parents’ house and the miserable conditions in which he lived together with his 12 sisters in the so-called “House of Horrors“.

The police responded to a call for help in Perris, California on January 14, 2018, after Jordan escaped from the house through a window and told the police officer “my two little sisters are now in chains.”

He went on to say that his parents, David and Louise Turpin, had violently abused and starved their 13 children for years.

In an ABC special report on the family, body camera footage of the moment police first arrived on the scene and found Jordan, in a panic, standing on the side of the street were released for the first time.

A sheriff’s deputy, approaching the end of his shift, is heard greeting Jordan as he exits his patrol car and says, “Hi, Jordan. What’s going on?”.

“I ran away from home and live in a family of 15,” says Jordan in the video. “My two little sisters at the moment are in chains … they stole my mother’s food.”

She added: “We live in dirt, and sometimes I wake up and can’t breathe because of how dirty the house is. We never bathe ”.

Officers then knocked on the door of the home for more than two minutes before parents David and Louise Turpin responded.

Louise can be heard saying they were in bed when the police informed her that they were there for a wellness check, after her daughter called them.

Once inside, officers found piles of trash, feces, and moldy food.

In a dirty room, a police officer discovered two fragile girls, bruised and covered in dirt.

“Hi dear. Hello girls. Can I see your dolls? ”Says the officer. “We are here to help them.”

Louise can then be heard asking the police “Is that what this is about?” to which the officer responded, “well, that’s part of it, definitely.”

The officers then rushed to free the children, while arresting the parents and asking them where to find the key to the chains.

The battered brothers, aged two to 29, were taken to a hospital where they were fed and cared for.

Yet the shackles were merely the tip of the iceberg in what had been decades of vile abuse and acts of torture within the Turpin household.

The researchers would later discover that the children were frequently beaten by their parents until they bled, were strangled and allowed to eat only once a day and shower only once a year.

The couple, who cited the Bible to justify the frequent beatings, left some of the children tied up for months.

Children lived on bologna and peanut butter sandwiches while their parents gorged themselves on takeout in front of them.

The children were not allowed to exercise, they could only speak when spoken to, and they were also prohibited from socializing with each other.

David and Louise tormented the children by neglecting the apple and pumpkin pies they were forbidden to eat.

They also bought toys for the children, but they refused to open them.

When the police entered the house, they believed that all the children were under 18 years of age due to how malnourished they appeared and how young they seemed.

However, seven of the 13 children were over the age of 18 at the time.

David, then 57, and Louise, 50, were arrested and later sentenced to life in prison for the horrific abuse and imprisonment of their children.

They pleaded guilty to 14 counts including cruelty to a dependent adult, child cruelty, torture and false imprisonment. All of the Turpin brothers spent weeks in the hospital before six of the brothers split into two different foster homes.