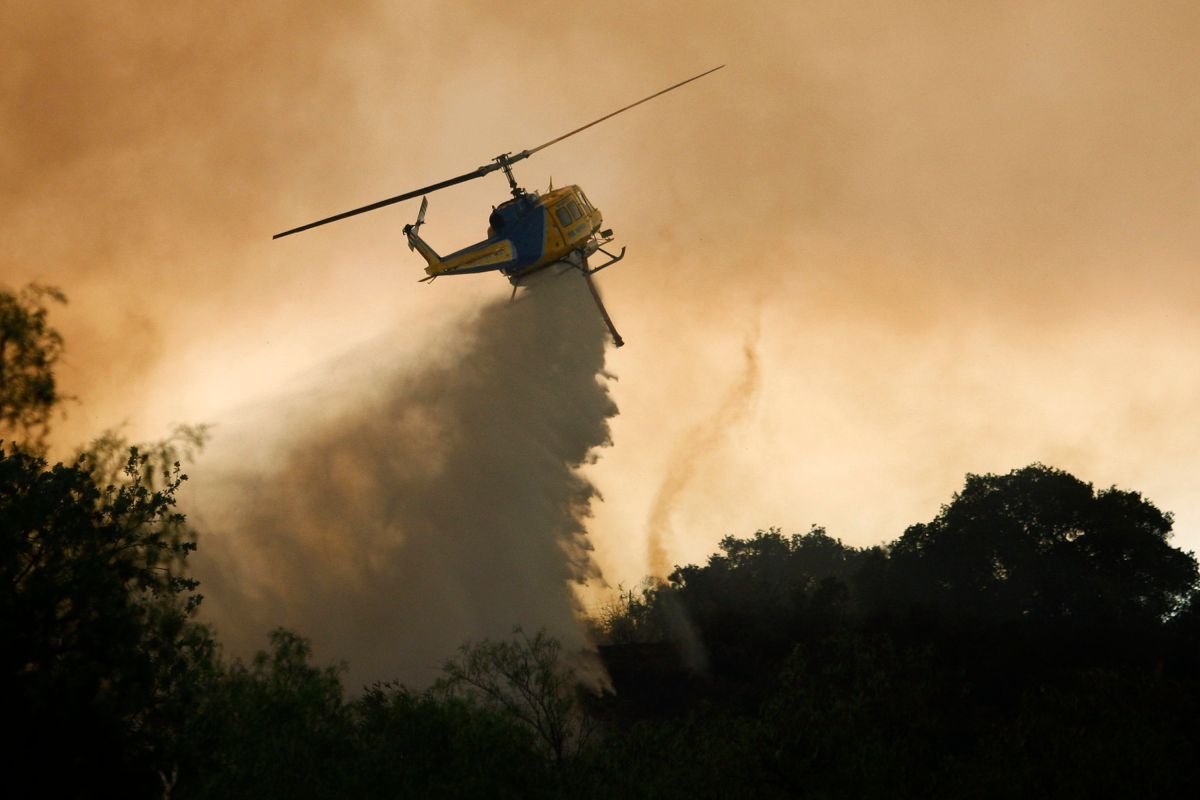 Helicopters went to the scene of the flames to try to put them out – Photo: David McNew/Getty Images

Video of a so-called “fire tornado” was captured in Colorado Springs as a fire burned over 180 acres and prompted evacuations.

Authorities said the fire was provoked by a police patrol prompting evacuations and chaos at the Colorado Springs airport.

Could be interesting: Images show the devastation of the fire in Laguna Niguel with 31 mansions burned and 900 residents evacuated in California

The fire started around 3:30 p.m. after an officer was called to search a suspicious vehicle.

The officer drove over a pasture, where the car reportedly stalled and the catalytic converter caught fire.

The sheriff reported the fire to authorities and was apparently not injured after the fire.

The fire spread to 182 acres and caused all flights to be canceled at the nearby airport, officials said.

“We are issuing an on-site alert for those inside the building,” Colorado Spring Airport tweeted. “At this time, please remain in the building and we will continue to keep everyone informed.”

All entry operations within the airport have been suspended and passengers are urged to contact their airlines regarding flight status.

The El Paso County Sheriff’s Office conducted evacuations for residents in the vicinity of the airport.

Helicopters went to the scene of the flames to try to put them out.

Colorado Springs firefighters had to evacuate two schools early due to grass fires in the area.

About 500 houses in the Stetson Hills neighborhood were evacuated because of that fire. More than 25 acres burned.

The alert at the airport was lifted later.

“At this time the alert has been lifted at the airport. If travelers have vehicles parked at the airport, they can leave,” read a tweet. “There will be shuttle buses on the lower level to get travelers out of the airport for those that need to be picked up.”