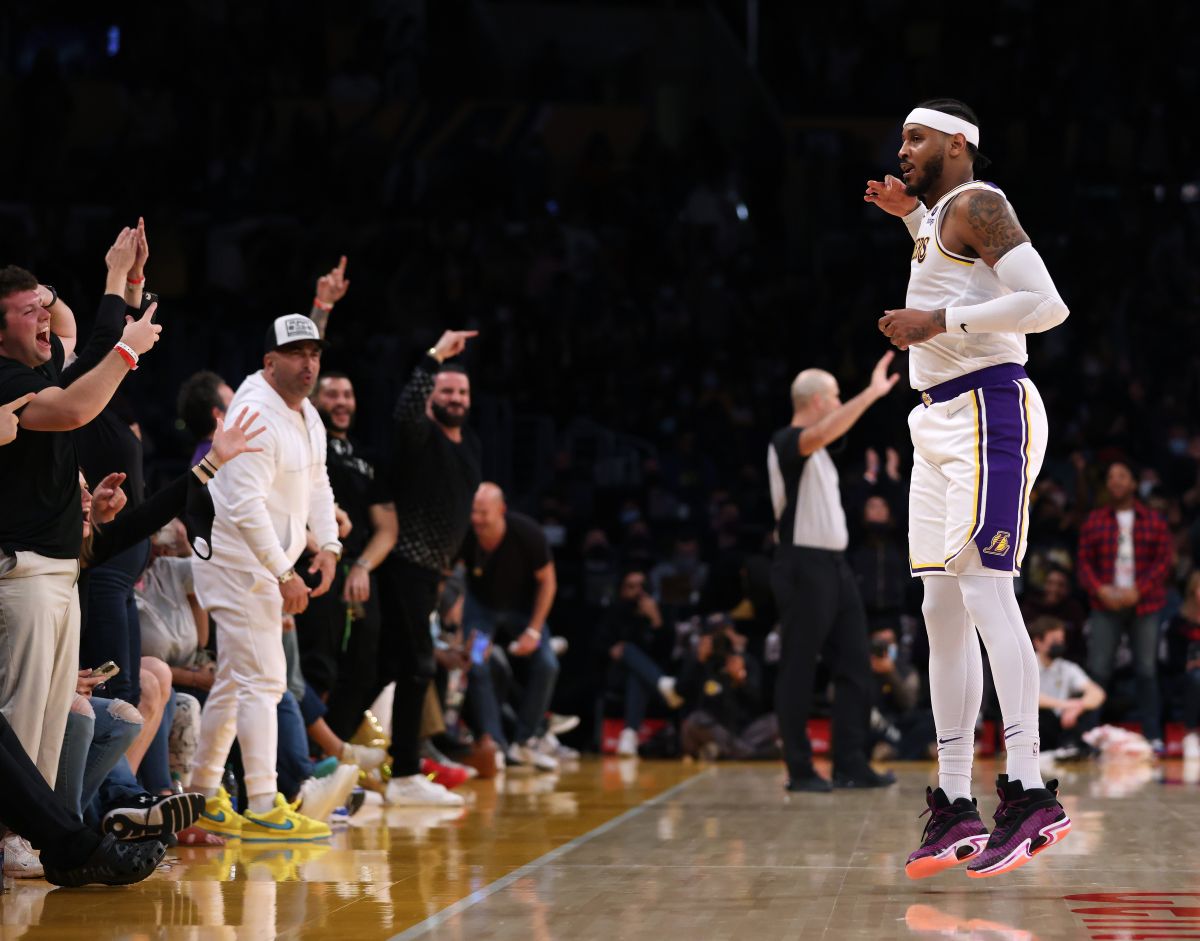 The veteran forward Carmelo anthony contributed 28 points, including six triples from eight attempts, which put him in front of the attack by Los angeles lakers They beat the Memphis Grizzlies 121-118 this Sunday and got their first win of the new season.

Anthony, who plays his first season with the Lakers, came out of reserve to play 28 minutes in which he scored 10 of 15 shots from the field; he was perfect (2-2) from the personnel line and captured three rebounds.

Center Anthony Davis added 22 points and four blocks, while forward LeBron James scored 19 points. The excitement of the match continued until the last minute when Morant was fouled by guard Kent Bazemore on a 3-point attempt with 2.5 seconds left and Memphis three down.

Morant, who set a personal best with five 3-pointers, had a chance to even the score, but missed the third free throw and the Lakers took the victory.

Carmelo Anthony advanced to ninth on the NBA’s top scorers list with a career total of 27,423 points..

The experienced player left Moses Malone behind. Your next target on the list is the legendary Shaquille O’Neal, who added 28,596 units.

With this victory, the Lakers ended the streak of two consecutive losses with which they had started the season. For their part, the Grizzlies lost for the first time after consecutive victories in this league start.

His historic game fell in love with Los Angeles Lakers fans, who did not stop applauding and recognizing the performance of one of the active basketball legends.