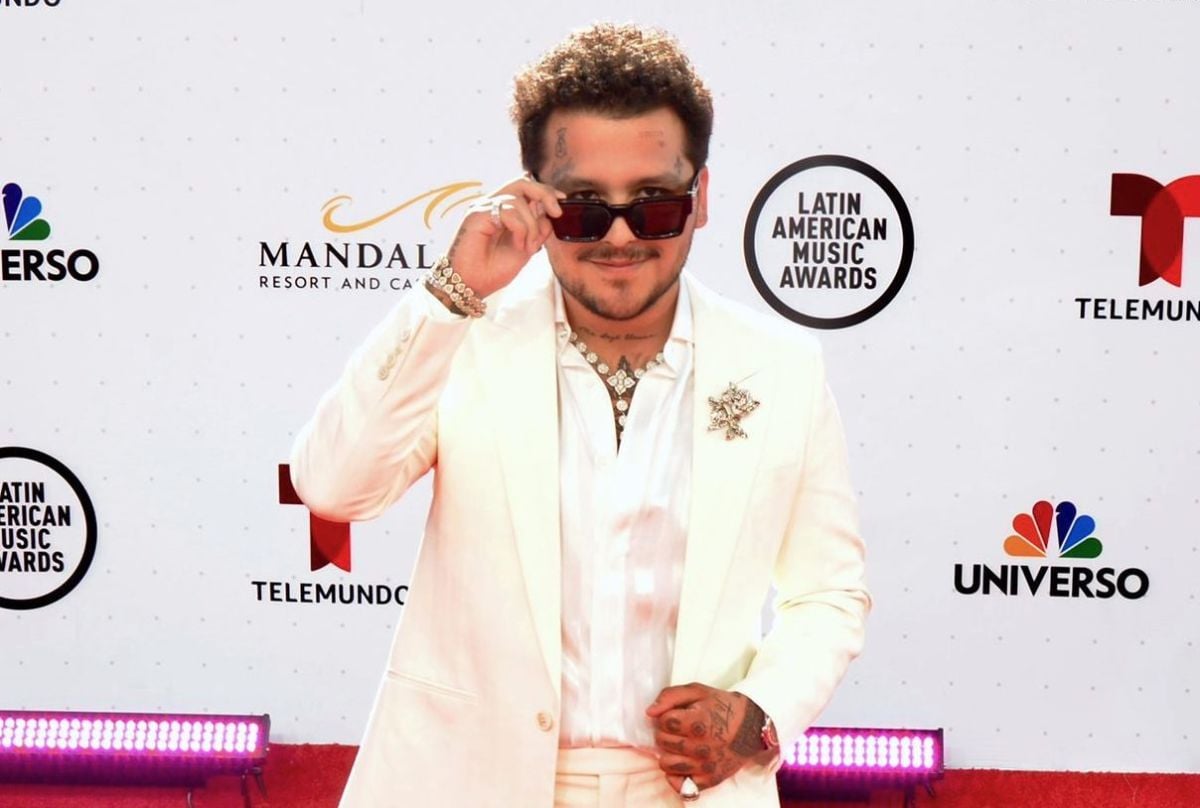 Despite being in the middle of the eye of the hurricane due to a scandal caused by the mother of his ex-fiancée, Belinda, Christian Nodal He unleashed another controversy in his most recent presentation after an unexpected kiss with the Sinaloan singer, Carolina Ross.

During the 2022 edition of La Feria de Metepc it was unforgettable for several of the fans who came to see Christian Nodal, But it was not only the followers of the interpreter of “De los besos que te di” and “Vivo en el 6” who enjoyed that night, the singer Carolina Ross also lived a dream.

The reason for the happiness of “Caro” is that she was the artist invited to open the Sonoran show, but it was not the only appearance she had, later she was invited by Nodal to sing some hits together.

During the meeting, Christian thanked Ross for accepting the invitation and between the closeness he gave him a kiss that caused quite a stir among the media and the people.since there were those who claimed that it was in the mouth and others said that it was on the cheek, because they are only good friends and colleagues.

To silence the rumors once and for all, Carolina Ross spoke in a program of Imagen Television shows “First Hand” and revealed the truth regarding that show of affection.

Although several videos made it clear that it was on the lips, Carolina Ross pointed out that she gave it to her cheek “It seems like a strange kiss, but it was on the cheek,” the young woman from Sinaloa clarified.

The interpreter later also described that the singer’s entire team and Christian himself had behaved very well with herher musicians and her mother who accompanied her to the venue to see the great achievement of the rising star.

Carolina Ross began her professional career on social networks and video platforms, little by little she gained numerous followers who supported the musical projects she uploaded and although they were mostly covers of famous singers, now she already has unreleased music.