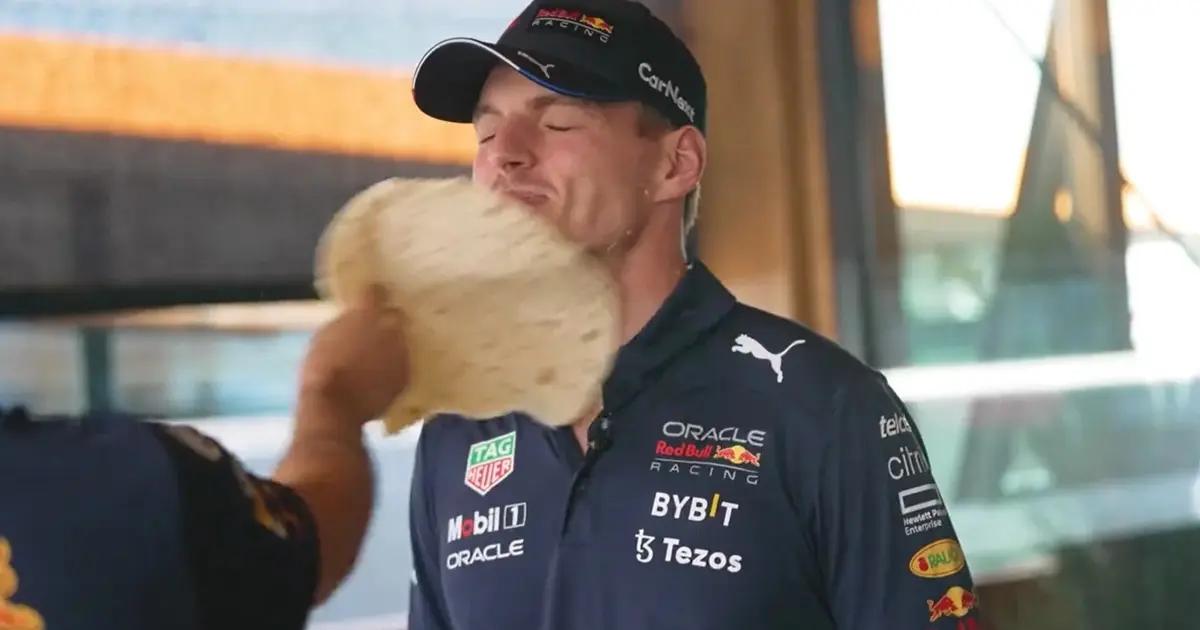 With the Mexican Grand Prix coming up this weekend, the Red Bull drivers have had a fun time as part of the build-up. Sergio Perez is preparing to race his home race at the Autodromo Hermanos Rodriguez, while Max Verstappen is preparing for another victory. Still, before that, both competitors were the protagonists of the Tortilla Challenge.

Through the official networks of the Austrian team, the competitors gave an account of their skills that the challenge requires them to be able to contain their laughter with a mouth full of water while slapping each other. This is part of the marketing dynamics of which the Mexican and the Dutchman have already been part on several occasions.

“Hi, guys. Max and Checo are here again. We will do the Tortilla Slap Challenge. It’s going to be interesting,” two-time world champion Verstappen is heard saying as he introduces the challenge. Despite the short duration of the recording, each driver has had the opportunity to slap the other and, without being able to hold the liquid inside their mouths, provoked laughter from the production team.

Being runner-up in the world has never been my dream

Formula 1 has arrived in Mexico City for the twenty-third edition of the Mexican Grand Prix, with Sergio Perez in perhaps the best moment of his career. However, with the Drivers’ Championship defined, the goal is to conquer his home race, which he said he would prefer to win even if it meant giving up the fight for the runner-up position.

In a press conference held this October 26, the Red Bull Racing driver addressed the different questions asked by the media, where the desire to win this weekend prevailed throughout his answers. When a reporter asked the Jalisco driver what he would prefer between winning the race or finishing second in the season standings, there was no room for doubt.

“Without hesitating to win Mexico because it’s a dream I’ve had since I was a kid, and well, being runner-up in the world championship has never been my dream,” he answered without hesitation. With three rounds left in the 2022 calendar, Checo finds himself in the battle for the silver position against Ferrari’s Charles Leclerc (the Monegasque has 267 points, while the Mexican has 265).

Schedule of the Mexican GP: