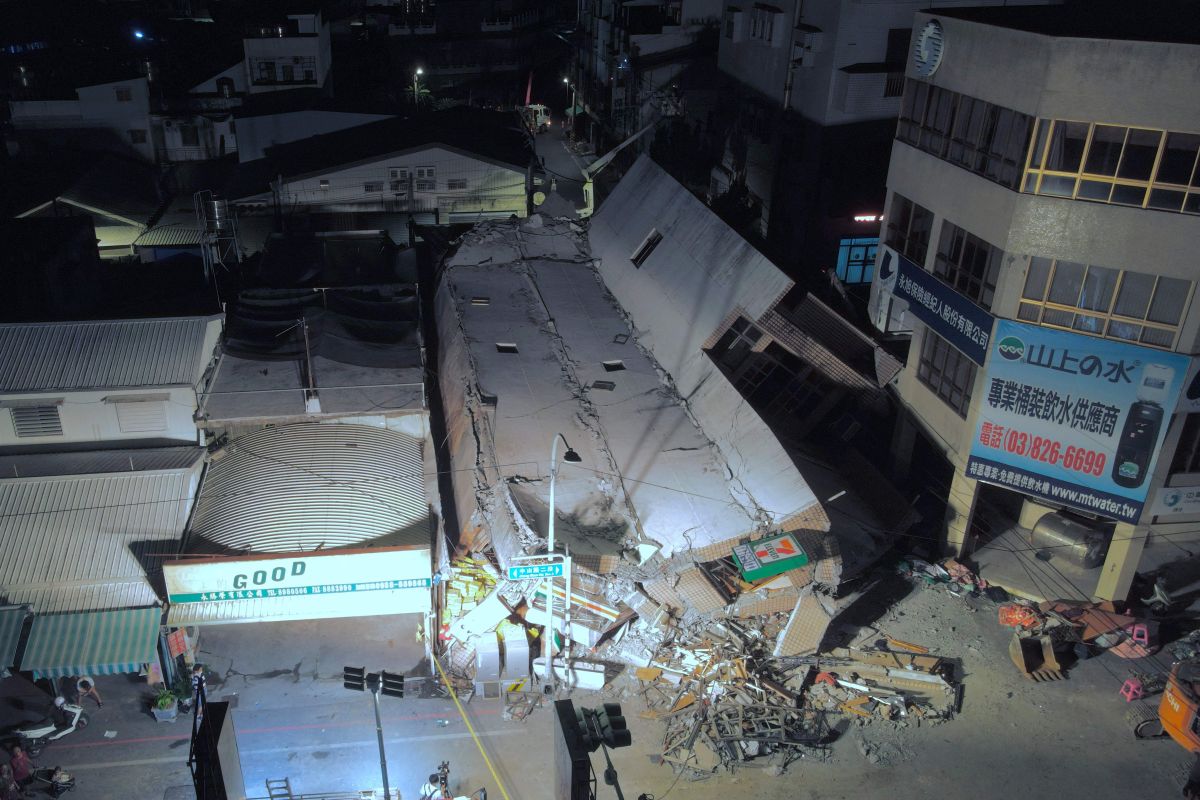 The earthquake measuring 6.8 on the Richter scale that shook Taiwan a few hours ago continues to leave its aftermath, and many videos of people who witnessed the damage caused by this natural disaster, as well as surveillance cameras that also recorded the events; one of the most impressive occurred inside a gymnasium in southeastern Taiwan.

In the clip that went viral through social networks, a group of children can be seen playing volleyball on two adjacent courts inside a gymnasium, just at the moment of the terrible shaking that caused the roof to collapse.

When the children became aware of the telluric movement, they immediately sought refuge, some looking for the emergency exit while others retreated. And they did it just in time. This speed to get to safety prevented a tragedy because while the children were running, the gymnasium roof began to fall on the courts almost simultaneously. Fortunately, none of them were hurt.

According to the United States Geological Survey (USGS), the earthquake occurred at 06:44 GMT, about 50 kilometers north of the city of Taitung and at a depth of 10 kilometers.

The damages that have been counted so far are one person dead, the collapse of three buildings, and multiple damaged roads and highways.