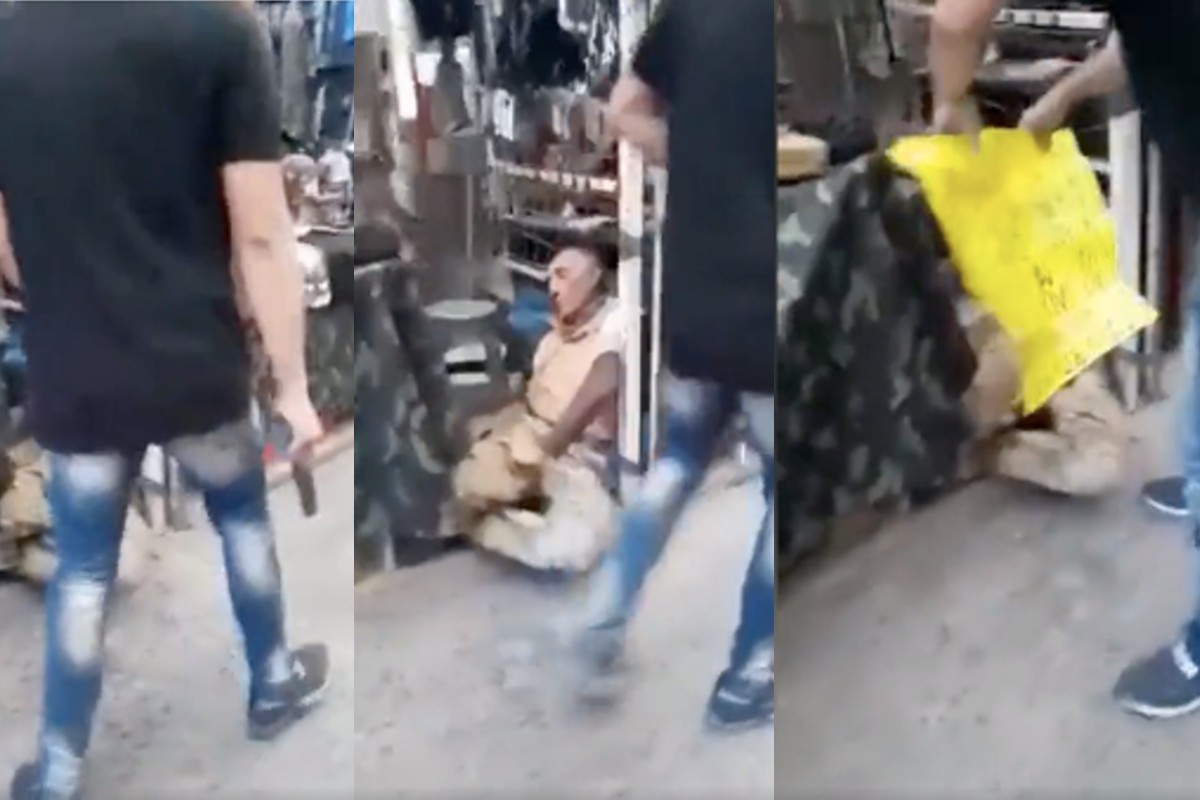 Photo: Screenshots taken from the video of the Twitter user @LupitaJuarezH from / Courtesy

Hitmen from the Jalisco Nueva Generación Cartel (CJNG) recorded the exact moment in which they “gave a floor” to the leader of the street market vendors in Celaya, Guanajuato, one of the Mexican states where drug trafficking prevails. One of the two assassins who carried out the attack approached the vendor and without a word shot him in the head. The victim fell to the ground and the gunman placed a cardboard with a message, in which he allegedly threatens all extortionists with death.

The executed man was identified as Álvaro Luna, a popular street vendor leader. It is worth mentioning that while his body, bathed in blood, was lying on the ground, the assassin who killed him shouted: “Pure Jalisco New Generation Cartel, dogs” and on the cardboard that was placed on the body it said: To the whole bunch of extortionists the see is going to load them…”.

The events were recorded in a tianguis (as street markets are called in Mexico), at noon, when more families go to buy all kinds of products, but that did not matter to the drug traffickers who thus exhibited their power in a video (here you can see) that was recorded with a cell phone and leaked to social networks.

The Jalisco New Generation Cartel, led by Nemesio Oseguera Cervantes, nicknamed El Mencho, is fighting for the Guanajuato plaza with active cells of the Santa Rosa de Lima Cartel, which in the last two years was weakened by the capture, in August 2020 , of its founder José Antonio Yépez Ortiz, alias el Marro.

In addition to the production and sale of drugs, the Mexican cartels have diversified the ways of obtaining money, through crimes such as: extortion, fuel theft (known as huachicol), kidnapping, clandestine logging of precious woods and their incursion into businesses. premises in each community they invade.