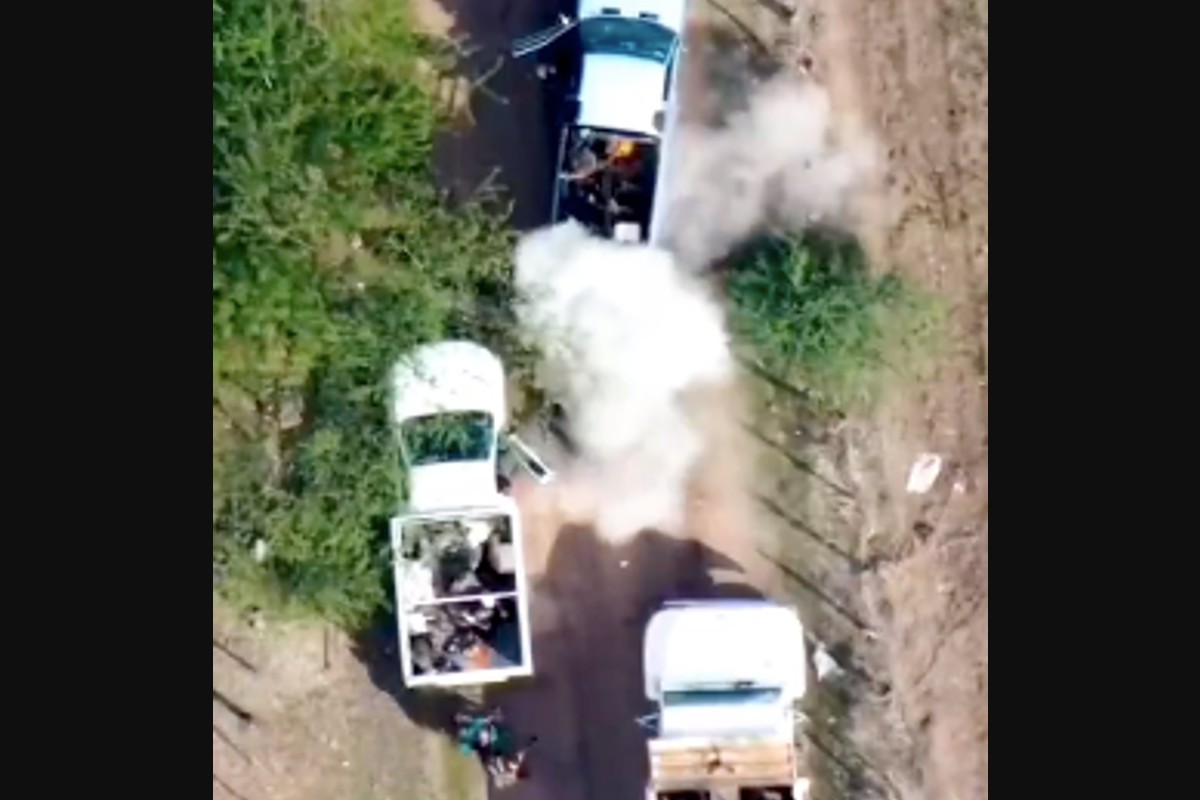 Photo: Capture taken from the video by @cesarmty / Courtesy

The so-called “P.community police” threw a explosivefrom a drone, against an armed command of the Jalisco New Generation Cartel (CJNG) in Michoacanthe land where he was born Nemesio Oseguera Cervantesaliases the Mencho, leader of said criminal organization. The drone camera also recorded the attack, the video shows the drug war, on the Pacific coast of Mexico, which went viral on social networks. The Community Police is allegedly a group of armed civilians who fight drug traffickers; however, it is known to be sponsored by the United CartelsMencho’s number one enemies.

The one-minute video was leaked by a TikTok user, from the account @comunitariatepalcatepec, which alludes to the name of the rival group of the Jalisco New Generation Cartel. The images show the moment when the first explosive is launched on three CJNG trucks that are on a piece of land, located in the municipality of Tepalcatepec. So far it is unknown if the attack left injured or fatalities.

It should be noted that this Community Police is identified as the Tepeque group, which operates as an armed wing of the United Cartels, antagonistic to the CJNG. In turn, the United Cartels are made up of the New Michoacan Family, Viagras Y the strap.

The use of explosive drones is not new, in fact it was the CJNG itself, which began to use them in Michoacán in the area of hot land, the most dangerous and violent in that state. This point is one of the most important for drug traffickerswho dispute the square and also fight for the production and clandestine logging of precious woods.