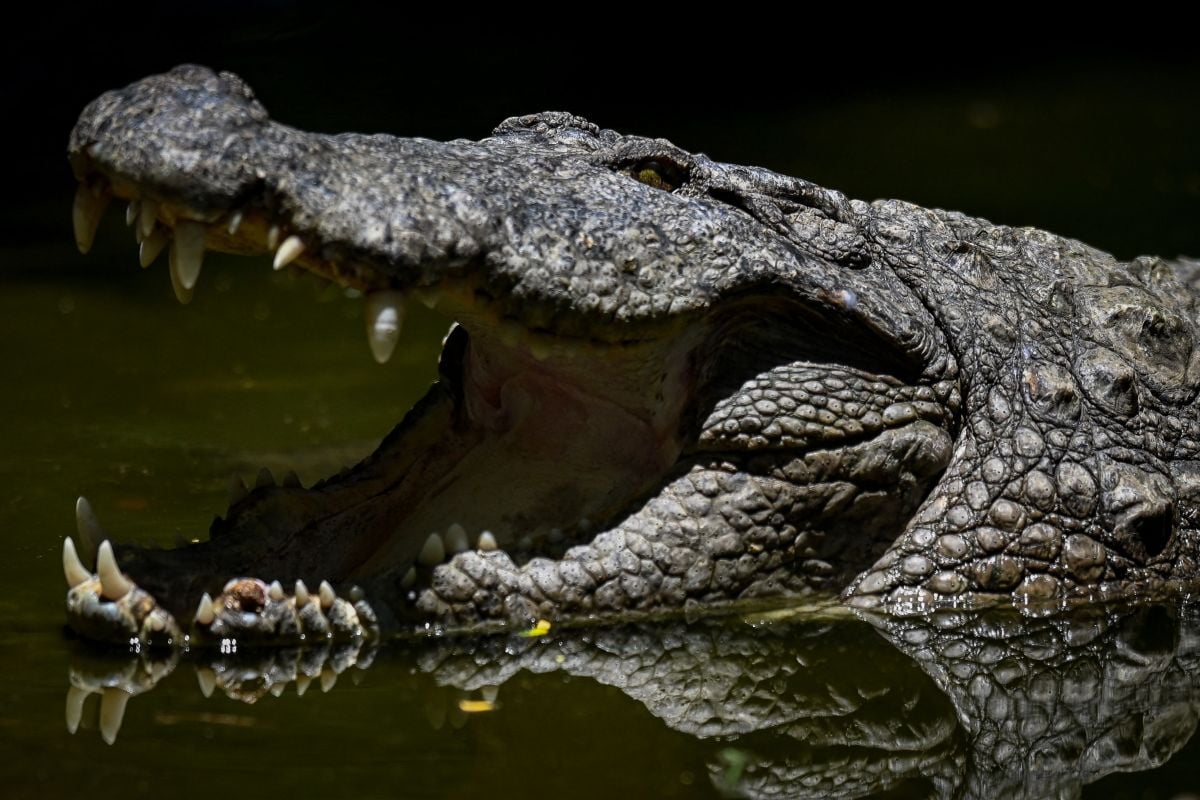 The crocodile attack was recorded in the western state of Gujarat – Photo: ARUN SANKAR/AFP/Getty Images.

A crocodile killed a man after he fell into a river in the western Indian state of Gujarat, and a video showed the moment the reptile dragged the subject into the water.

The remains of the man, identified as Imran Diawanwere recovered after officials spent hours searching across the river last Monday.

The 30-year-old man was swept into the water of the Dhadar river in the village of Sokhdaraghu near the Padra area, which is more than 9 miles from the city of Vadodara, on Sunday afternoon, Deputy Conservator of Forests Ravirajsinh Rathod said, according to Indian media reports.

Here are the images showing the crocodile supposedly dragging the man:

Locals’ video shows the crocodile swimming off and disappearing after dragging the man’s remains into the river.

The man had reportedly tried to free himself from the crocodile.

Forest officials were informed about the attack, after which they launched a search operation with the help of the local administration, Rathod said.

Diwan’s remains were recovered around 10 p.m., it added.

His shoulders were torn open by the crocodile, the official said after the body was recovered. It is not clear to authorities how the man fell into the river.

“We are trying to find out how the victim ended up in the river, as the locals witnessed the attack only after he was already in the water,” he said.

According to the man’s relatives, Diwan had gone to a shrine near the riverbank.

“I think he must have slipped off the parapet of the dargah [santuario musulmán] and fell into the river. The reptile grabbed and dragged him,” his brother Javed Diwan told the newspaper The Times of India.

However, several locals claimed that the man may have tried to cross the river with dozens of crocodiles, for which he was attacked.

His wife reportedly survives Diwan. Locals have claimed that the area is prone to deadly attacks by the reptile, and several incidents have been reported in the area in the past.