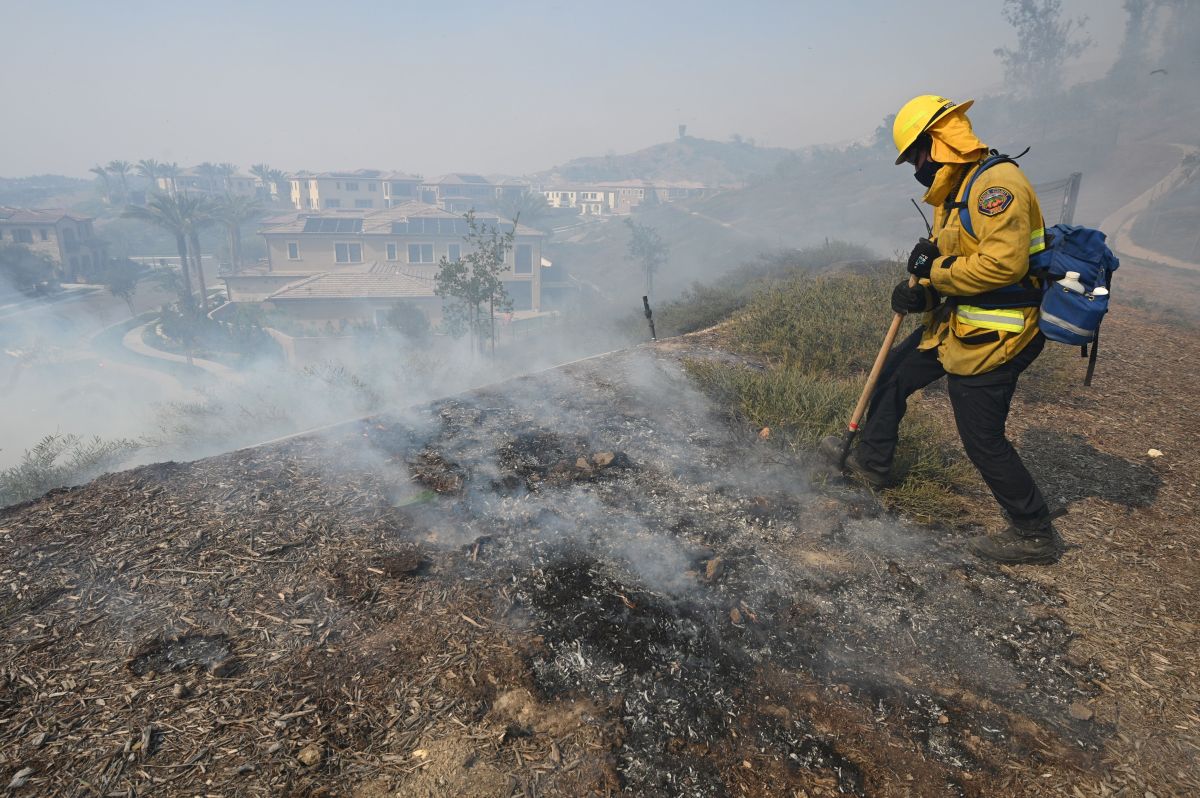 A dramatic dry brush fire started Thursday afternoon in Sylmar with flames threatening to reach a nearby neighborhood of residences, prompting a massive response from firefighters on the ground and from a helicopter.

The fire was reported shortly before 2:00 p.m. near the 15000 block of West Lakeside Streetaccording to the Los Angeles Fire Department (LAFD).

No injuries to residents or damage to structures have been reported so far.

Authorities said that, at 3:34 p.m., the progress of the fire had been stopped in approximately 25 acres, with no damage to houses.

Desperate, the residents themselves they were trying to douse the flames with water from garden hoses as the fire dangerously approached their residences.

An LAFD helicopter could be seen dropping water at the scene of the fire as firefighters attacked the flames with fire hoses.

Around 3:00 p.m., firefighters seemed to control the fire, since most of the flames were extinguished before reaching the homes.

Authorities said more than 100 LAFD firefighters had battled to control the flames.

The cause of the fire is under investigation, authorities said.

· There are more than 850 active forest fires in the country, where “unprecedented dangerous heat and high temperatures” are already being experienced.
Wildfire ‘Sheep Fire’ spread to 990 acres and prompted multiple evacuation orders in San Bernardino County
· Los Angeles County firefighters fight a fire in the Angeles National Forest, in the Bouquet Reservoir area