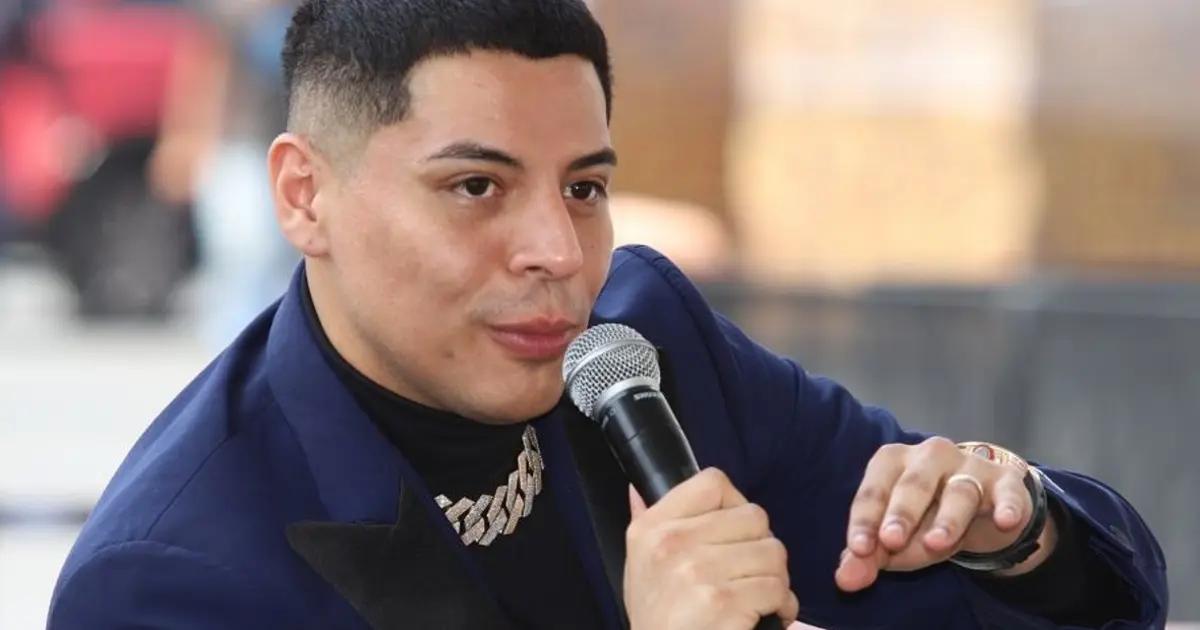 The singer Eduin Caz generated a great furor in social networks when he shared a preview of the next song by Grupo Firme and surprised everyone by confessing that it would be a song of his authorship in collaboration with Horacio Palencia.

Grupo Firme has become the greatest exponent of regional Mexican music. Although the group began by performing covers, this is very different nowadays, as renowned composers seek them out to offer their unpublished songs.

However, Grupo Firme not only releases songs by renowned composers, since Eduin Caz is writing the group’s songs, as will be the case with their next release.

Eduin Caz shows a preview of his new song.

Through his social networks, Eduin Caz and Horacio Palencia shared a clip where with great excitement, they announced that he already has the next song of Grupo Firme.

The singer Eduin Caz, who recently celebrated 13 years of marriage, revealed that the new song is about heartbreak, making it clear that it is a composition of his and Horacio Palencia’s authorship.

While Horacio Palencia played the piano, the singer interpreted two verses of the song, whose release date is unknown:

What songs has Eduin Caz written?

In American Post News, we have informed you that the singer Eduin Caz, besides being the vocalist of Grupo Firme, has composed three of his songs: “Cerveza, Hierba y Polvo” in collaboration with Uziel Payan, “Me Gustas” and “La Estoy Pasando Mal.”

It should be noted that this new song has not yet been recorded, so it is unknown when it will be heard from the voice of Eduin Caz and the rest of the members of Grupo Firme.