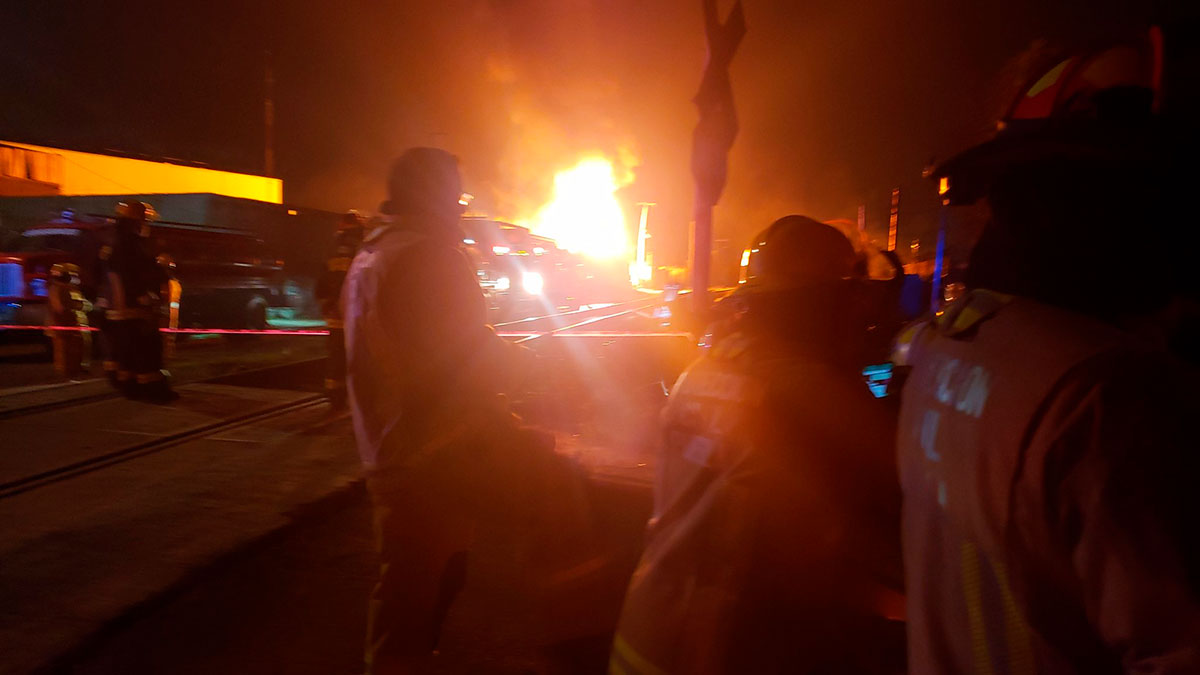 About 50 houses were damaged after an explosion by clandestine seizure in Puebla.

At dawn this Sunday, in the State of Puebla in Mexico, a clandestine intake of LP gas caused a strong explosion that so far left one person dead, 11 injured and about 50 houses damaged.

According to the Puebla authorities, the events occurred in a property of the Auxiliary Board of San Pablo Xochimehuacán, where At 1:34 in the morning, the LP gas leak was known through a call to the 911 emergency number.

After the report, state firefighters immediately went to the scene to corroborate the gas leak in the Petróleos Mexicanos pipelines, so immediately the evacuation of about 2,000 people was ordered in a perimeter of one thousand meters.

“911 reported to the state and municipalities and to Sedena (Secretariat of National Defense), they immediately reacted in coordination and the eviction began. The first evacuation was 300 meters, then it was 500 meters and we went up to 1 kilometer, and after the evictions came the explosion, “said the governor of Puebla, Miguel Barbosa Huerta.

But it was nothing but at 2:50 in the morning when the strong explosion occurred that affected between 30 and 50 houses. In the area of ​​the accident, a gas pipe and 25 cylinders of 20kg each were found, of which it is presumed, the criminals filled clandestinely, so those responsible are already being sought.

“The explosion was in contact in a hot zone, in a hot point of emission that could be anywhere, a transformer, anywhere and that is when the explosion comes. If there had been no eviction and there had been no coordination it would have been a tragedy of enormous proportions … There were three explosions … This fact will not go unpunished, whoever owns the property and whoever owns the pipe”, Mentioned the governor of Puebla.

Through your Twitter account, the president of Mexico, Andrés Manuel López Obrador, lamented the death of a person due to the explosion.

“It is unfortunate that one person has lost his life so far, and fifteen more have been injured, due to the explosion of a Pemex pipeline in Puebla. As of 2:30 today, 1,396 elements of all the civil protection corporations have been mobilized. ”, Wrote the Mexican president.

“Pemex already has control of the fire and will ensure that families evicted from their homes remain safe. We are working together with the state government. A press conference has already been held and we will be watching. We will continue to report. ”, Said the Tabasco president in a second tweet.

Of the 11 people injured by the explosion, who were transferred to the Sector Traumatology and Orthopedics Hospital, 5 are seriously ill and 3 are intubated.