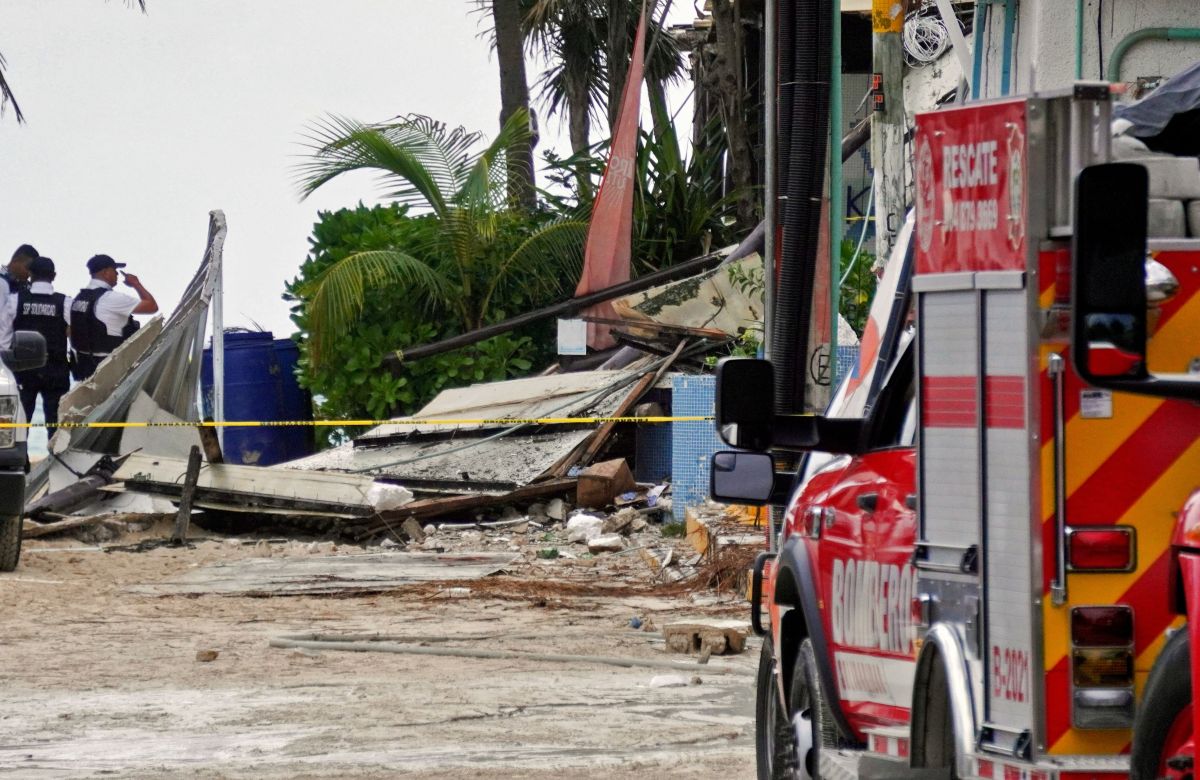 The explosion of a gas tank at the Kool Beach club in Playa del Carmen left a preliminary balance of two dead and at least 21 injured on Monday. Among the victims are 4 foreigners, as confirmed by authorities in the southeastern state of Quintana Roo.

During a Press conference offered at the scene of the accident, Lilí Campos, municipal president of Solidaridad, pointed out that the bodies of the two deceased people could not be removed from the place due to the risk of a collapse but assured that they are workers.

The injured, she said, were transferred to the General Hospital of the Playa del Carmen resort, in the Mexican Caribbean, and others were sent to private hospitals.

“We are waiting for the medical report to be delivered to us in order to determine the degree of injuries,” she said.

Moments before starting the press conference with the municipal authorities, members of the fire department managed to rescue a 37-year-old woman, a local worker.

Likewise, Campos clarified that the place is totally independent from Mamita’s Beach Club, where a few weeks ago the manager of Argentine nationality was murdered, and so far the preliminary information points to an accumulation of gases that caused the incident.

The mayor assured that they will initiate an investigation into the situation of the establishment and pointed out that the person in charge of the beach club was already in the facilities of the State Attorney General’s Office making a statement.

According to a press release issued by the Secretariat of Civil Protection, Risk Prevention and Firefighters of Solidaridad, whose head is César Flores Sánchez, the balance so far is two people dead and 21 injured, of which four are foreigners. and 17 are national.

The rescue of the two fatalities is still in process due to the risk of the building collapsing.

Various security forces involved in the rescue efforts arrived at the scene with search dogs.

The area is cordoned off by elements of the Tourist Police of the National Guard, Civil Protection and local security corporations.

The explosion occurred shortly after noon on Monday, apparently in the kitchen area of the Kool Beach club, which adjoins the Mamita’s club.