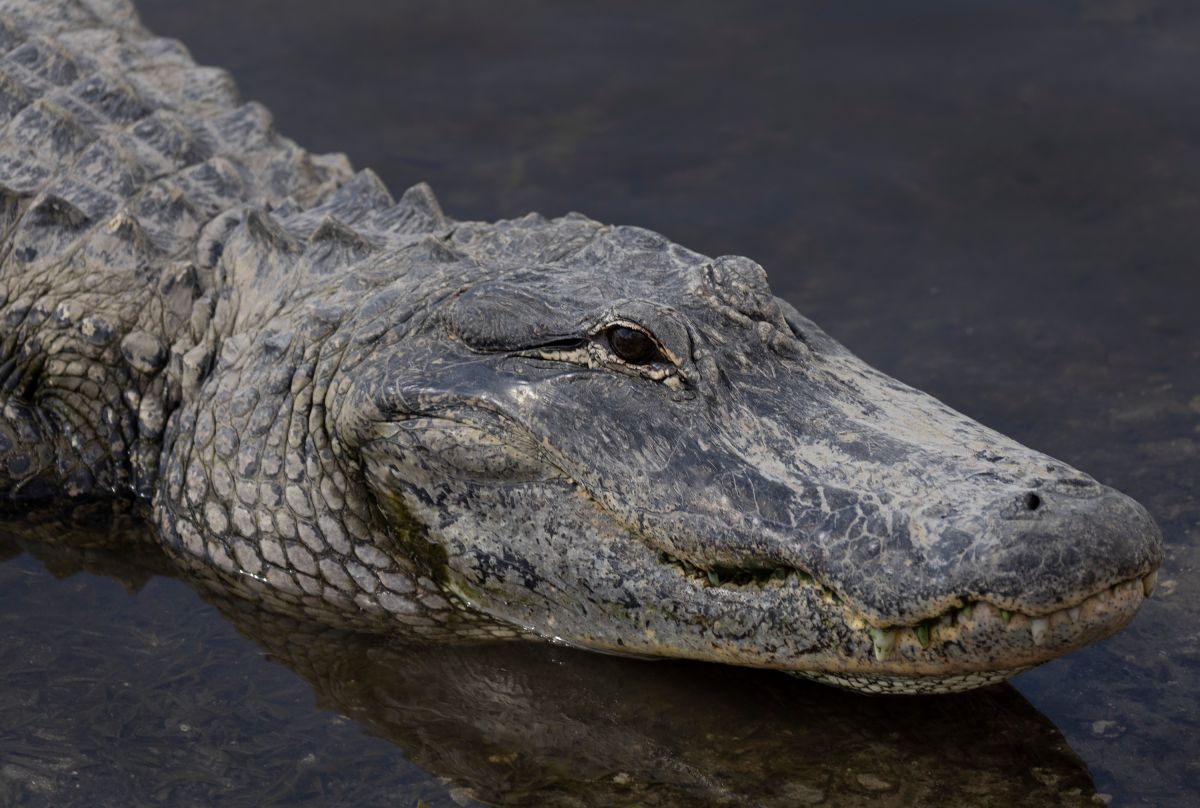 MIAMI – A alligator over seven feet long (nearly three meters) was found this Saturday in a home in Davie, South Florida (USA), by a family having breakfast in the backyard and he had no other option to remove it than to notify the local authorities.

“We assume it came from the pond up there, but our door was open because it was broken,” Tina Mermelstein told Local 10.

Two specialists from the Florida Fish and Wildlife Conservation Commission (FWC) immediately showed up at the house and they immobilized the animal after an uncomfortable taskaccording to the images distributed by the aforementioned television channel.

The two hunters used a rope and a long holding rod to immobilize the reptile of large dimensions, and then they wrapped his mouth with adhesive tape before finally taking him out of the house and putting him in a van with the help of a third person.

During the maneuver, the alligator kept its mouth open showing a huge bite.

According to the same medium, the alligator, whose age was not specified, will be taken to one of the conservation farms of these animals that FWC has in West Palm Beach (southeast) or in Naples (southwest).

On April 27, an alligator more than 10 feet (three meters) long forced traffic to be cut off on a state highway on the outskirts of the city of Oviedo (central Florida).

The alligator emerged from Lake Jesup and crossed the road during heavy traffic causing motorists to panic, though it was not aggressive, according to photos from the Seminole County Sheriff’s Office.

Agents from the sheriff’s office and the Oviedo police put an end to the alligator’s adventures, cornering him with their cars until he took him to the ditch.

There they waited for a trapper sent by the FWC to get him away from the place.

Each spring the FWC publishes tips for safely coexisting with alligators and crocodiles in Florida.

“The signs of spring – warm weather, blooming flowers and nesting birds – are happening all over Florida. The warmer temperatures also mean alligators are more active and visible”, says that manual with recommendations to follow in and out of the water, which is the natural environment of these animals.

According to the state entity, serious injuries caused by these “nuisance” reptiles are rare in Florida.

The alligator is a conservation success story in Florida, which has a “healthy and stable” population, estimated at 1.3 million animals of all sizes.

They are found in freshwater lakes, ponds, swamps and slow-moving rivers in all 67 Florida counties, the FWC says.

VIDEO: Huge alligator was caught walking through a Florida neighborhood