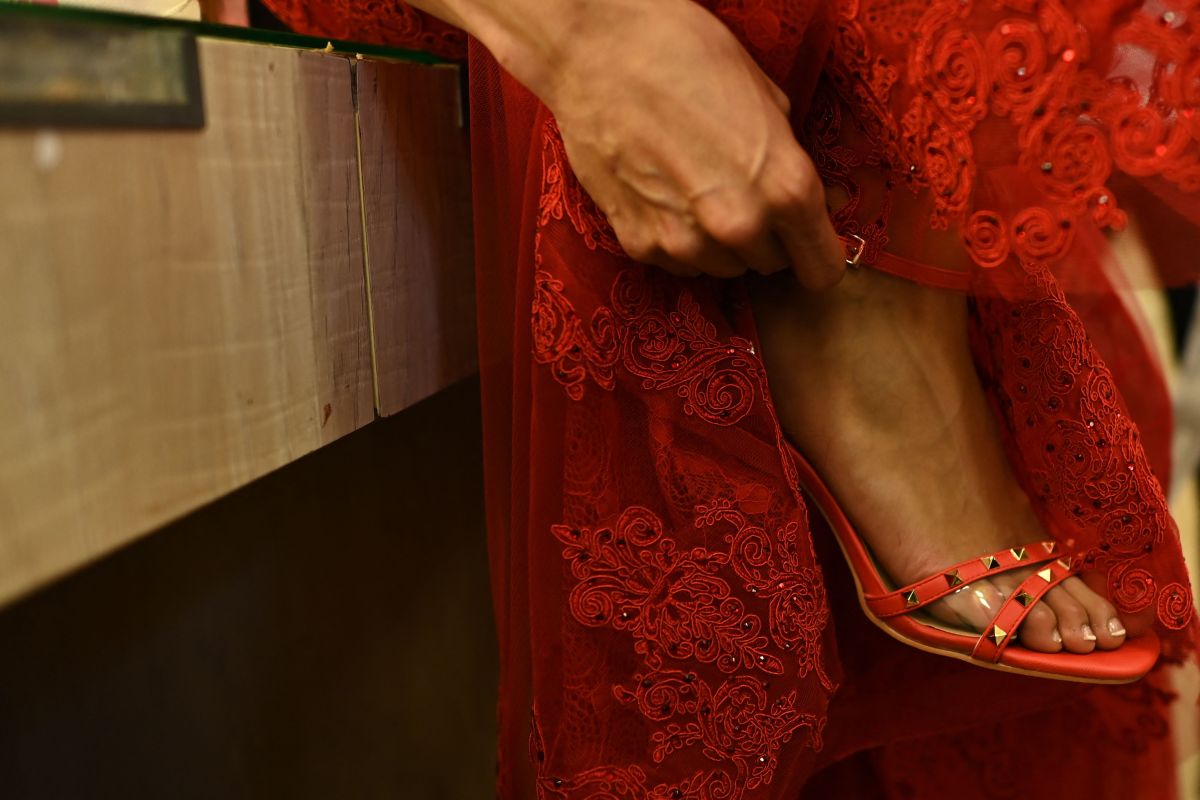 The incident follows a 2021 fight at a renowned contest in Sri Lanka – Photo: MANAN VATSYAYANA/AFP/Getty Images.

A brawl broke out after the first Miss Sri Lanka beauty pageant in New York, where wealthy revelers went to fisticuffs at the post-competition party on Staten Island.

Videos show a brawl breaking out after the pageant on Friday, with at least one crowned woman appearing to be trapped during the fight.

It is unclear what sparked the violence at The Vanderbilt in South Beach, where there is a large Sri Lankan population.

An organizer of the beauty pageant, Sujani Fernando, told the New York Post that none of the contestants were involved and that all 14 women were inside the building while the scuffle unfolded outside.

The incident follows a 2021 brawl at a well-known pageant in Sri Lanka, in which the reigning Miss Sri Lanka ended up arrested after snatching the crown from the head of a rival who, according to what she said, should have been disqualified because she was divorced.

“This is typical Sri Lankan villager behavior,” one social media user wrote about Friday’s rampage, according to the South China Morning Post. “Every event ends in a fight.”

“From elders to children to women. They hit each other with plastic chairs and umbrellas. It’s quite exciting to watch.”

“It’s just a fight: fights happen, kids fight. That happens in any culture, any nationality. It doesn’t have to be Sri Lankan. We are not that kind of people.”

Furthermore, Fernando expressed that the viral fight and rumors have overshadowed the great work of the 14 contestants who faced off in the beauty pageant.

“It’s very sad to see,” Fernando lamented. “The girls were very happy. You should see the effort, the time they put into this, but they didn’t have a single minute to enjoy it.”

The contest, which sought to raise funds for a hospital in Sri Lanka amid the country’s economic crisis, attracted more than 300 guests, reported the Morning Post media outlet.

The video footage was filmed from afar, showing an argument that escalates into shoving as several people try to stop it amid shouting. Suddenly, several men have their fists up while the women scream in alarm.

At least two men climb on top of others on the floor and start throwing punches while other partygoers try to break up the fight.

Also, people are seen running out of the party afterward, but some of the guests who left look like they are ready to go fisticuffs again, according to the video.

Fernando said that lies about the incident and the contest had been posted on social media, damaging the contestants’ reputations.

“They are building stories from those few videos, but they don’t understand the damage they are doing to these 14 girls who did not participate in the fight,” he stated. “I feel so bad for the girls because people should let them enjoy the moment and victory because they put in so much time.”