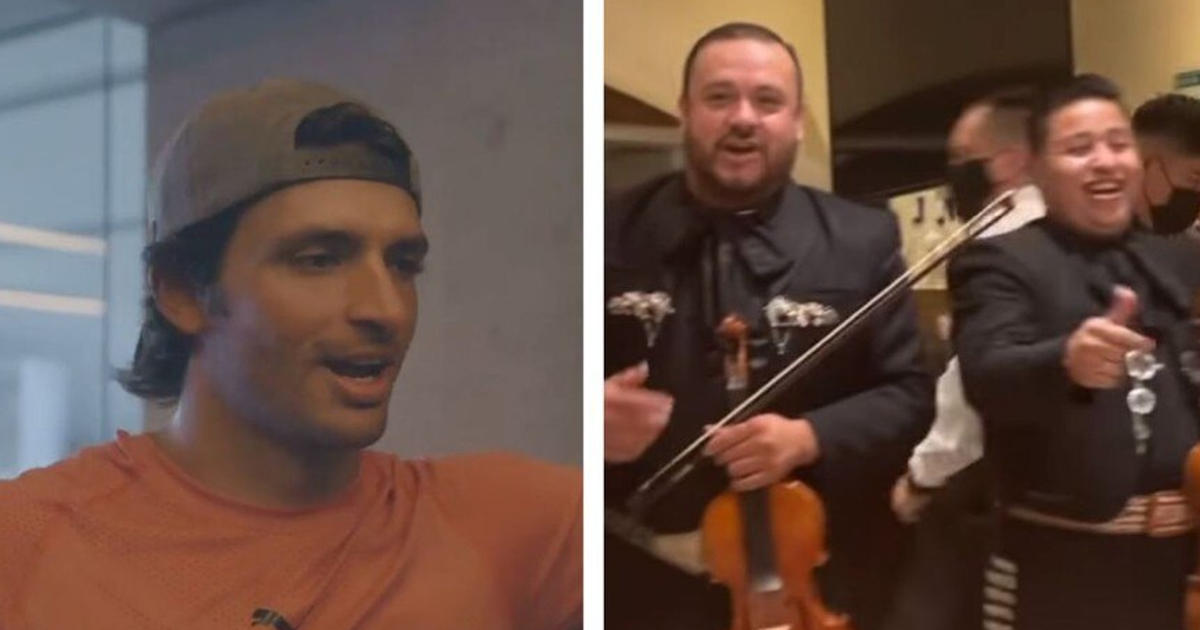 Carlos Sainz Jr., Ferrari‘s Spanish driver, is already enjoying himself in the CDMX for the Mexican Grand Prix, and as proof of this, he showed off by singing ‘El Rey’ to the sound of mariachi.

In his Instagram stories, Carlos Sainz Jr. showed off his visit to a restaurant in the CDMX, where he enjoyed the mariachi performance.

The Spanish driver was not only delighted listening to the music, but when it was time for ‘El Rey,’ he also started singing at the top of his lungs. “My favorite song,” he said.

Carlos Sainz Jr. will seek to get on the podium of the Mexican Grand Prix for the first time.

Carlos Sainz Jr. is one of the best drivers in Formula 1, which is why he has been with the Ferrari team, one of the most important in the circuit, for two years.

However, the Spaniard has not fared very well in the Mexican Grand Prix, so he hopes that the 2022 edition will be different and he can climb the podium for the first time.

Carlos Sainz’s best result at the Autódromo Hermanos Rodríguez was in 2021, already as a Ferrari driver, when he finished sixth.

Previously, with other teams, he had finished the race in the thirteenth and sixteenth, while he had to retire in two.

Carlos Sainz wants to be in Top-5 pilots.

With the season almost over, Carlos Sainz Jr.’s goal will be to finish in the top 5 of the drivers’ championship, and for that, he must achieve good results in the last races.

Currently, the Spanish driver is in fifth place in the drivers’ standings with 202 points, 16 points behind fourth place George Russell (Mercedes).

But besides thinking about catching up with Russell, he also has to watch out for Lewis Hamilton (Mercedes), who is close on his heels in sixth place with 198 points.