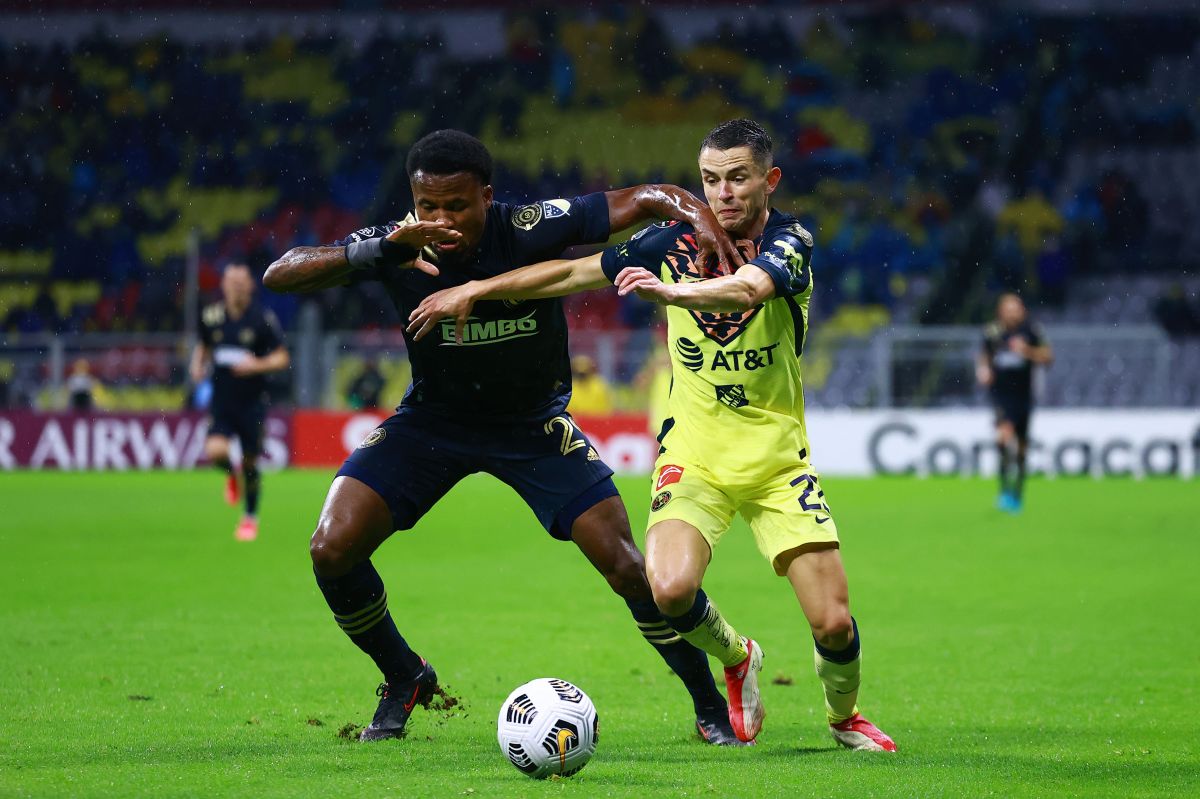 The duels for the Concacaf Champions League. The Aztec stadium He returned to see the Santiago Solari team seeking to reach the final of the competition. The Eagles of America beat Philadelphia Union 2-0 and they direct the series for the return meeting. However, the game generated a curious image. In a dispute over the ball, the player of the United States team, Olivier Mbaizo, lost a tooth.

Olivier Mbaizo loses a tooth on this play, but is able to come back in the game pic.twitter.com/0YaRevSw1z

The incident was generated 23 minutes into the game. The unfortunate action was the product of a dispute over the ball between the Eagles winger, Mauro Lainez and Cameroonian player Olivier Mbaizo. Among the desperation to reach the spherical, the Mexican threw a slap due to the movement’s inertia, but it hit the face of his rival and caused the tooth to be ejected onto the field of the Azteca Stadium.

HE WILL NEVER FORGET😳🦷

During the CONCACAF Champions League match between America and Philadelphia Union, Olivier Mbaizo lost a tooth in a struggle with Mauro Lainez❌ pic.twitter.com/tjL00QXbYY

Olivier Mbaizo showed him what the Eagles player had caused, but the referee did not sanction anything. Even the video arbitration decided not to intervene in the action considering that it was not intentional and that there was no fault whatsoever.

The Eagles of America one step away from the grand final

The set of Santiago Solari achieved an important victory in local condition. Philadelphia Union cannot convert any goals in away status That would have given him better options for the return. With goals from Richard Sánchez and Emanuel Aguilera, the Mexican team has everything outlined to play the final of the Concacaf Champions League.

Mexican to Olympus? Uriel Antuna in the absence of a proposal to sign in Greece