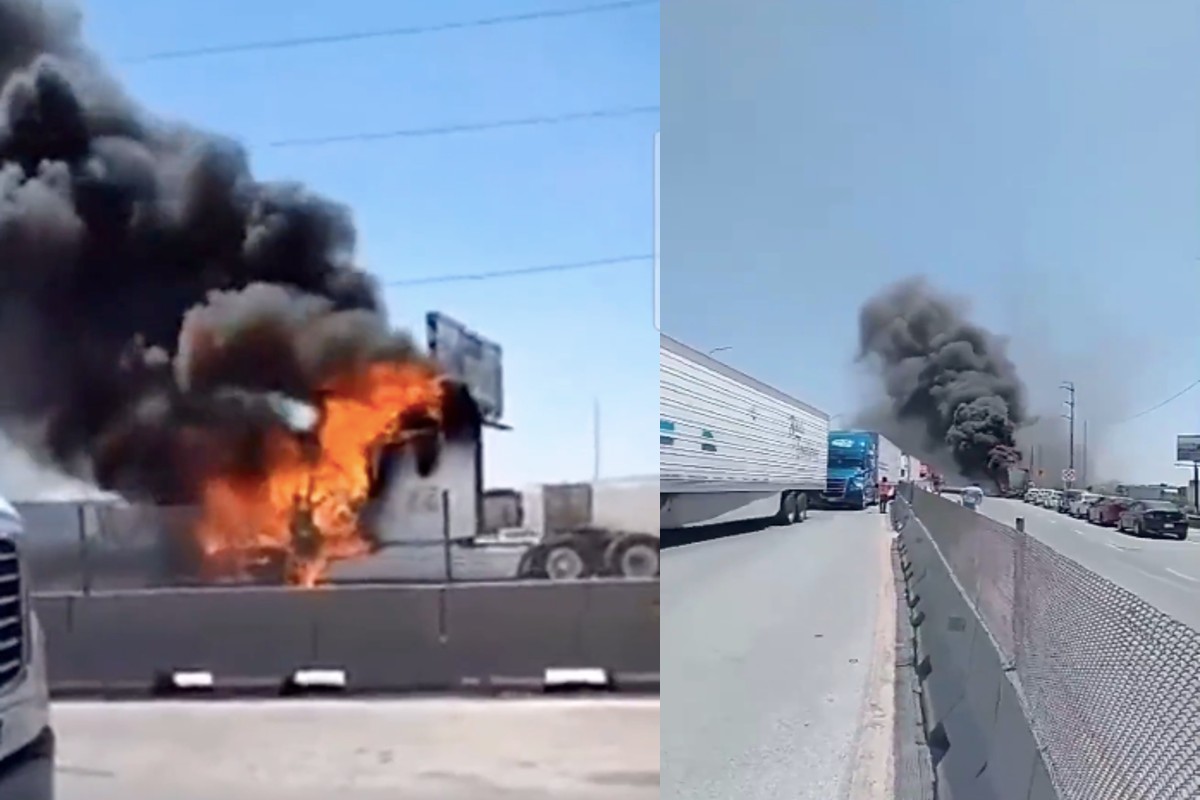 Assassins of the Gulf Cartel (COG) burner three trailers stranded in the New Dawn-Pharr International Bridge in Reynosa, Tamaulipas, which connects Mexico with Texas, USA. The drug traffickers have not managed to cross their drugs to the United States, because of the huge lines of cargo trucks, stoppages required do to the reinforcement of the revisions applied by Greg Abbott, governor of texas. This also caused a truckers’ strike on the Mexican side so the area has become chaotic.

Read also: El Norteño’ assures that the CJNG offered him 800 thousand to work for the cartel

On social media the videos went viral, shoting burning trucks on the highway in broad daylight. The images were recorded by drivers waiting to cross into the United States. The Mexican authorities deployed a strong security device in the border area, mainly on international bridges.

The first trailer on fire was in Libramiento Sur II, in the vicinity of the Colonial Industrial Park. Soon after, there arrived elements of civil protection and municipal firemen to put out the fire. Another cargo truck carrying avocado was reported a few blocks from the Mega Techway assembly plant. The third burning tractor was nearby. Police reported that the attacks left no injuries.

Abbott vs. the Gulf Cartel

On March 23 last, the Governor of Texas, Greg Abbott, released a video in which hitmen from the Gulf Cartel are seen shooting at a helicopter of the Texas Department of Public Safety (DPS). At that time, Abbott warned about the peril at the border between Mexico and the United States, and anticipated that he would reinforce the operative reviews on international bridges.