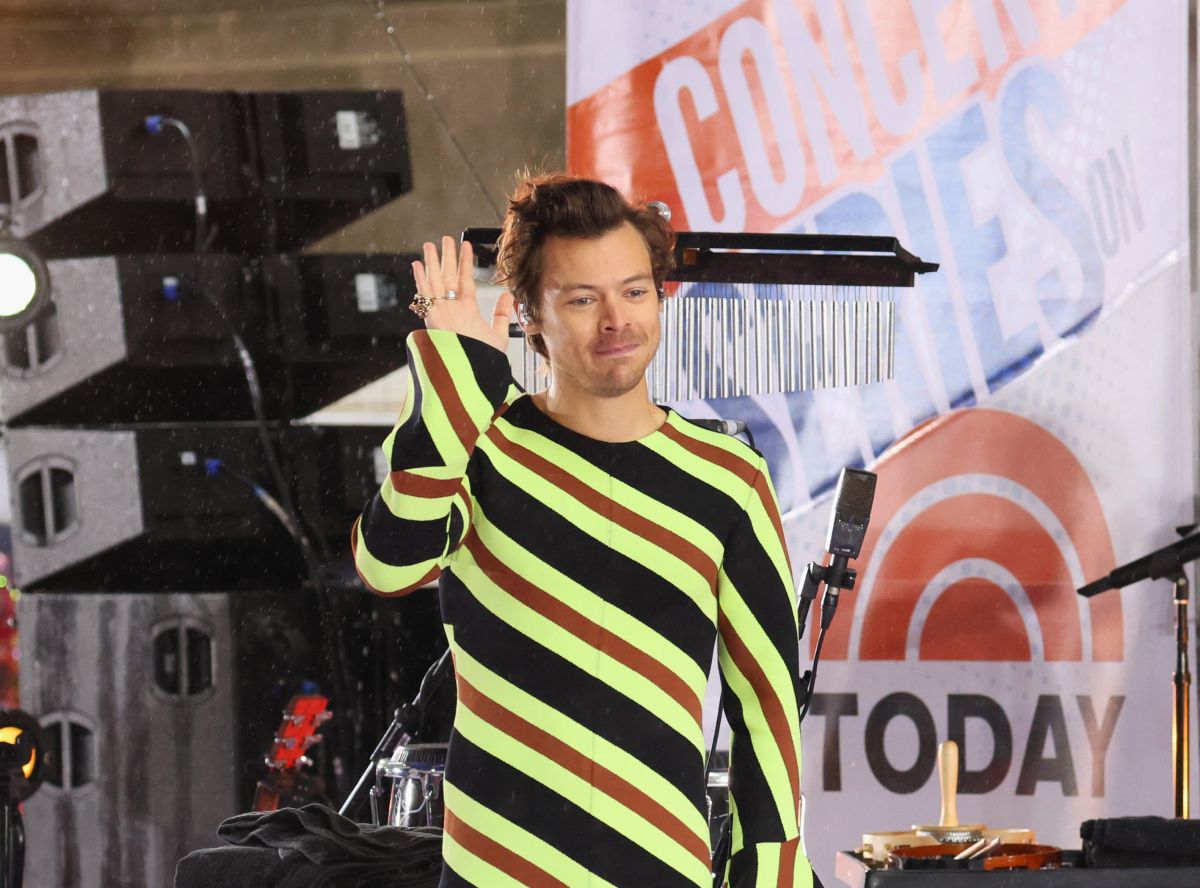 During a show in London, Harry Styles stopped singing after reading one of the posters of a follower who he asked him to support him to declare himself gay.

In the midst of LGBTQ+ pride month, Harry Styles helped an Italian fan come out as gay during a concert this weekend at London’s Wembley Stadium.

“Harry Styles helped a fan from Italy come out during the concert tonight. ¡The tears, what an amazing moment!” reads one of the Twitter messages that went viral.

The 28-year-old Grammy winner stopped singing after seeing a fan with a sign and a message that read “From Ono to Wembley: help me out“.

In the clips, the “As It Was” performer can be seen holding the fan sign as he asks the audience, “ThendoWould you like the people of Wembley to help you come out??”

Styles took a rainbow flag and said: “When this flag passes over my head, you are officially gay, young guy“.

“I guess that’s how it works,” joked the former One Direction, who will play a gay cop in the upcoming movie ‘My Policeman’.

“Congratulations, you are a free manStyles said before blowing several kisses at the fan.

–VIDEO: Harry Styles fan falls from a balcony at one of his concerts

-Harry Styles also has insecurities in love, even if it doesn’t seem like it