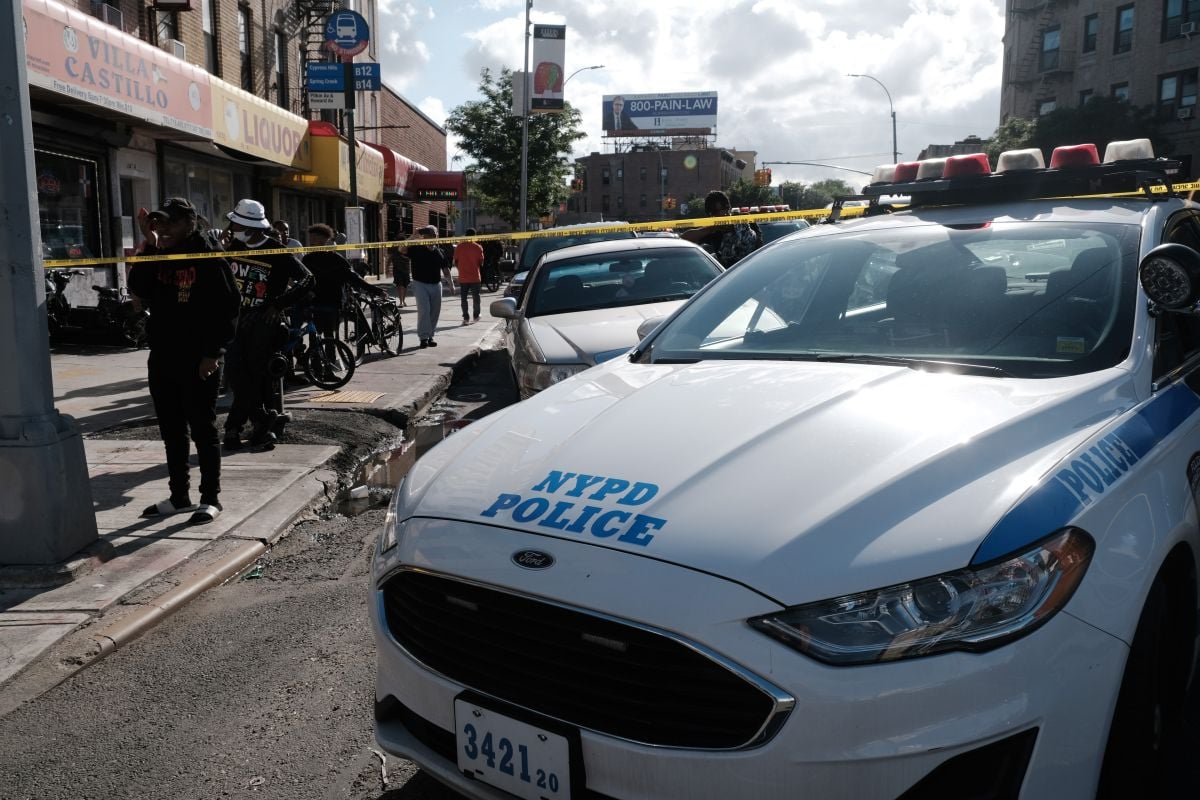 The suspect escaped through the building door but returned to ensure the job was done – Photo: Spencer Platt/Getty Images.

The apartment building entrance was no longer safe for 21-year-old Jaden Stokes, who was fatally shot by a masked subject dressed in black while waiting for an elevator.

Another resident of the residential complex, Jordan Lopez, 24, who was also waiting for the elevator, was struck with a bullet to the leg.

The NYPD believes Stokes was the target of the shooting, which happened last Thursday at 7:30 p.m.

On the Instagram profile of @NYScoop, they show images of the cold-blooded homicide.

In the video, Lopez, dressed in a red quilted jacket, can be seen entering the lobby distracted with his cell phone. Stokes, who was wearing a facemask, entered behind him.

The two victims were waiting for the elevator when the shooter burst into the lobby and fired several shots.

Lopez ran away from the camera’s view as Stokes lay on the floor.

The suspect escaped through the building’s front door but returned to ensure the job was done.

Also, in the video, EMTs can be seen attempting chest compressions on Stokes’ chest.

The victim’s relatives mourned his death.

“All I can say is that they loved my little brother. He was one of eight children,” Stokes’ older brother expressed. “He started as a paraprofessional in public school. He just got his first paycheck.”

The reason for the homicide is unclear at this time, police said.

A GoFundMe set up by one of the Stokes brothers reads, “Jaden was taken from this world too young, and we will stop at nothing until we find more answers.”

Yahaira Lopez, the mother of the surviving victim, said her son was not given time to react when the shooting started.

“It was so fast that he didn’t know what happened,” she expressed. “Unfortunately, he was in the wrong place at the wrong time. This happens to too many people.”