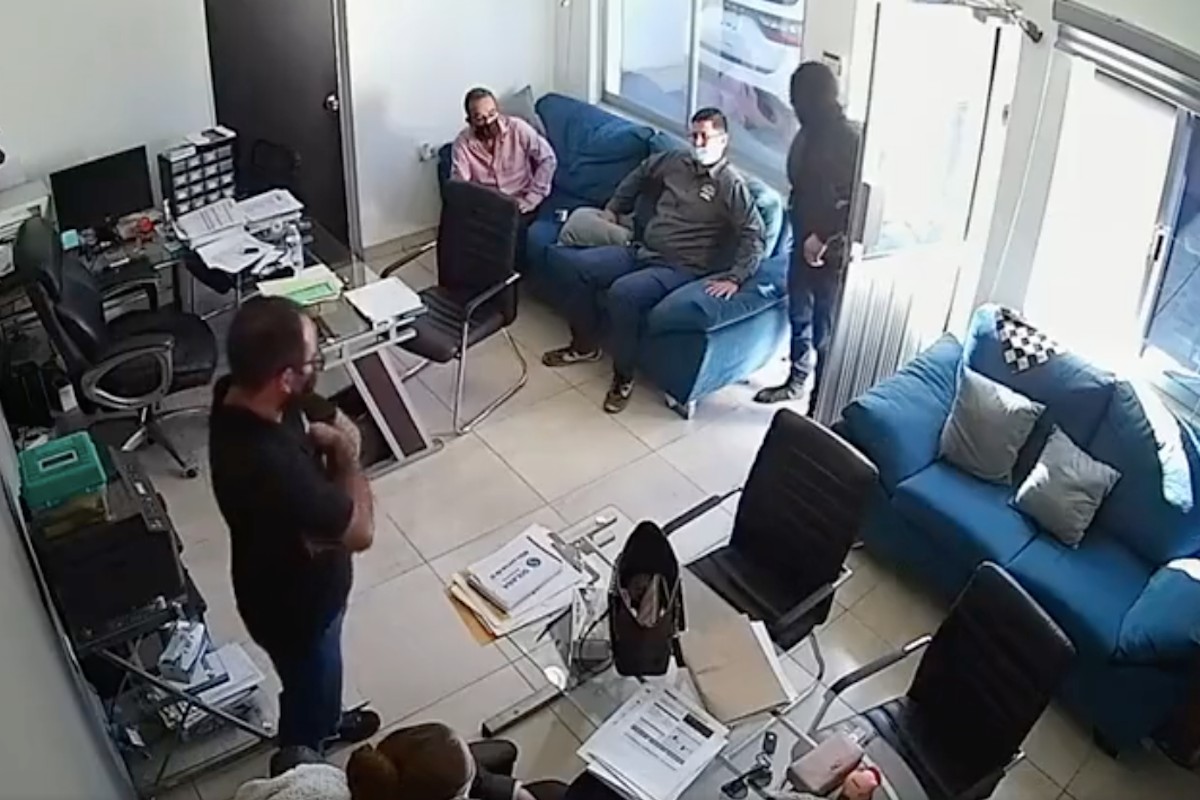 A security camera captured the moment when a command of the Sinaloa Cartel (CDS) from which descends a hitmanwho with a gun in his hand bursts into a business to collect the so-called “right of floor”; namely, extort to the entrepreneurs from the border between Mexico and the United States. This is how the cartel he founded Joaquin “El Chapo” Guzman terrorizes the owners of establishments in the border state of sound.

The video, which circulates on social networks, lasts more than two minutes and it shows the moment in which a man dressed in black, with his face covered and a gun, enters through the main door of an office, immediately takes out a gun and demands the money be handed over to him. In addition to the collection of the flat, the subject strips his belongings from the clients of a business, located in the city of cash me.

“Good afternoon sir! I come for the money. I’m not going to do anything to you, I’m not here for you, I’m here for the money. Quick money, quick, because I’m going to send them all to hell! —What do you have in your bag, dude?— Nothing”.

While the hit men were extorting money in the municipality of Cajeme, the people of the Sinaloa Cartel had the city of Cajeme under fire. Caborca, right there in the state of Sonora, where they staged shootouts for six hours, murdered four people and kidnapped nine more. Given this, the state government imposed a curfew and reported that it will reinforce the security of the most affected municipalities, in conjunction with the Mexican military.