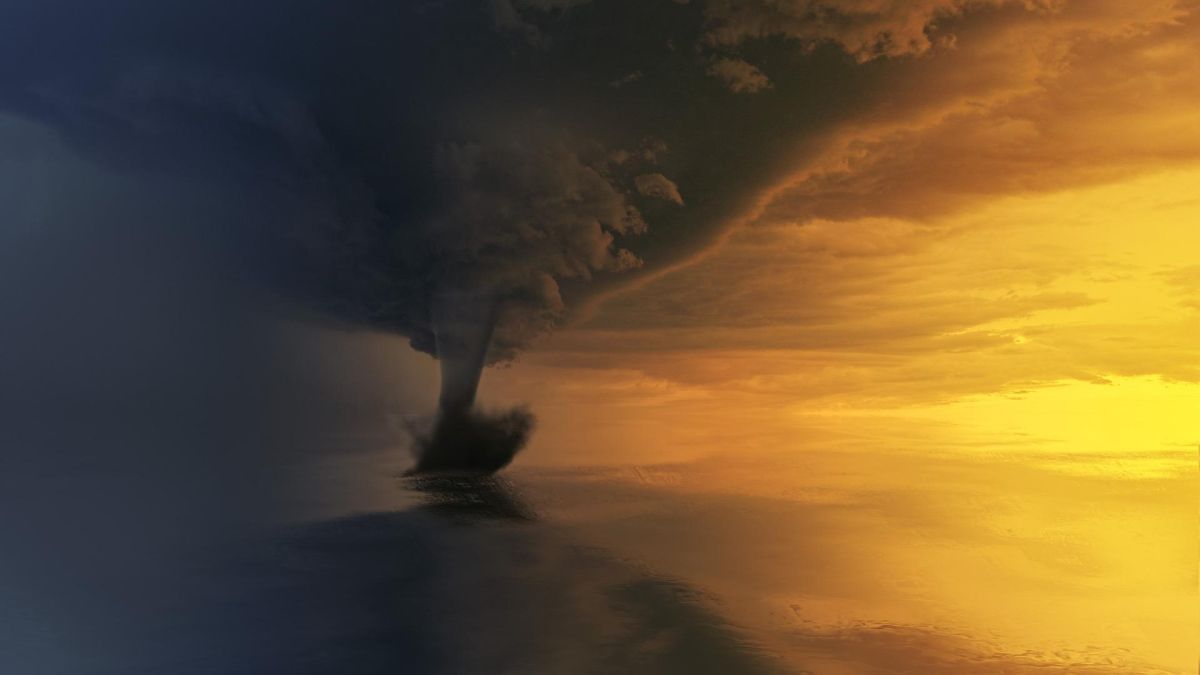 A video captured the moment a colossal waterspout barreled through the Gulf of Mexico along the coast of Destin, Florida, revealing a meteorological phenomenon that caused terror among the residents who witnessed the event.

A waterspout is a swirling column of air and water mist that forms when cumulus clouds grow rapidly. They can rise hundreds of feet into the air and are known as water tornadoes.

The giant funnel was seen around 7 a.m. ET off the Emerald Coast, in the area known as the Panhandle, was triggered by intense storms flowing over the Gulf.

Here are the images of the disturbing phenomenon captured in Destin, Florida:

Many residents took in the menacing sight, specifically Boo Freeman, who saw the waterspout in the distance out to sea as he stood on an empty beach staring in awe. “What a morning,” Freeman shared on Instagram with the short video.

The waterspout can be seen spinning in the sea, with giant gray clouds rising from its top and lighting up the sky around it.

AccuWeather’s Jesse Ferrell said this was not a typical waterspout.

“It appears that this was a legitimate overwater tornado formed by a supercell thunderstorm, not a weak waterspout that emerged from a rain shower,” Ferrell explained.

Meteorological data shows that a strong thunderstorm appeared near the coast that triggered the funnel, which moved southeast across the sea.