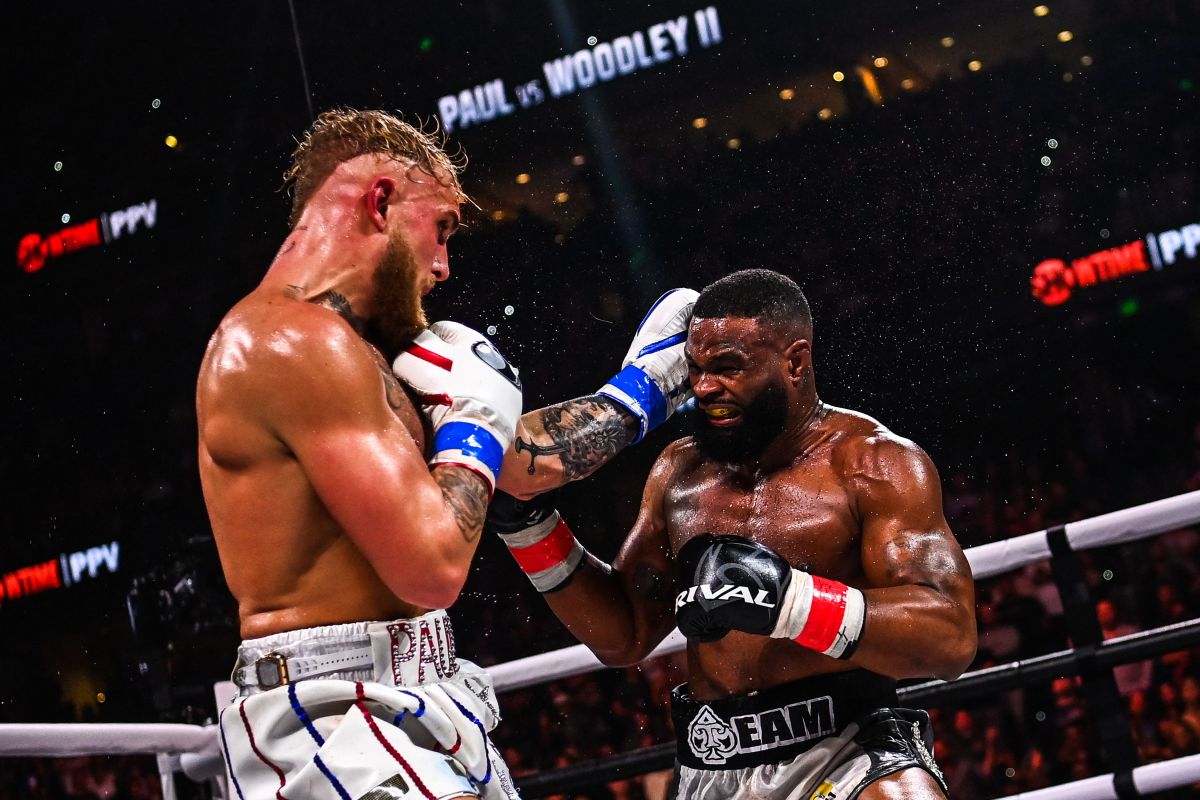 Jake paul defeated former UFC champion Tyron Woodley by knockout, in the second battle between the two. The famous Youtuber has a 5-0 record (4 KO’s) and his credibility as a boxer is beginning to be legitimate for many. However, others remain skeptical, claiming that his last knockout was arranged.

In the sixth round of a fight in which there was no clear winner in sight, and in which Woodley had already cut his opponent, Paul made some rather suspicious movements with his right hand..

With the wrist turning towards your chest, Paul seems to signal his rival few seconds before this one is knocked out of forceful form. Immediately, many witnesses to the combat pointed out that this was a clear proof of how the end of this battle was arranged.

In another detailed angle and in slow motion, a person explains that Woodley let his guard down and even primed his face to take Jake Paul‘s knockout blow, who celebrated as usual after the triumph.

Did Woodley arrange the match with Paul? It will be difficult to check. We will only know what Paul’s true potential is in boxing when he faces a legitimate boxer.

For now, the YouTuber hopes that Saúl “Canelo” Álvarez is training. A joke that allows Paul to continue to grow in popularity. We will see who is the next opponent on his list.