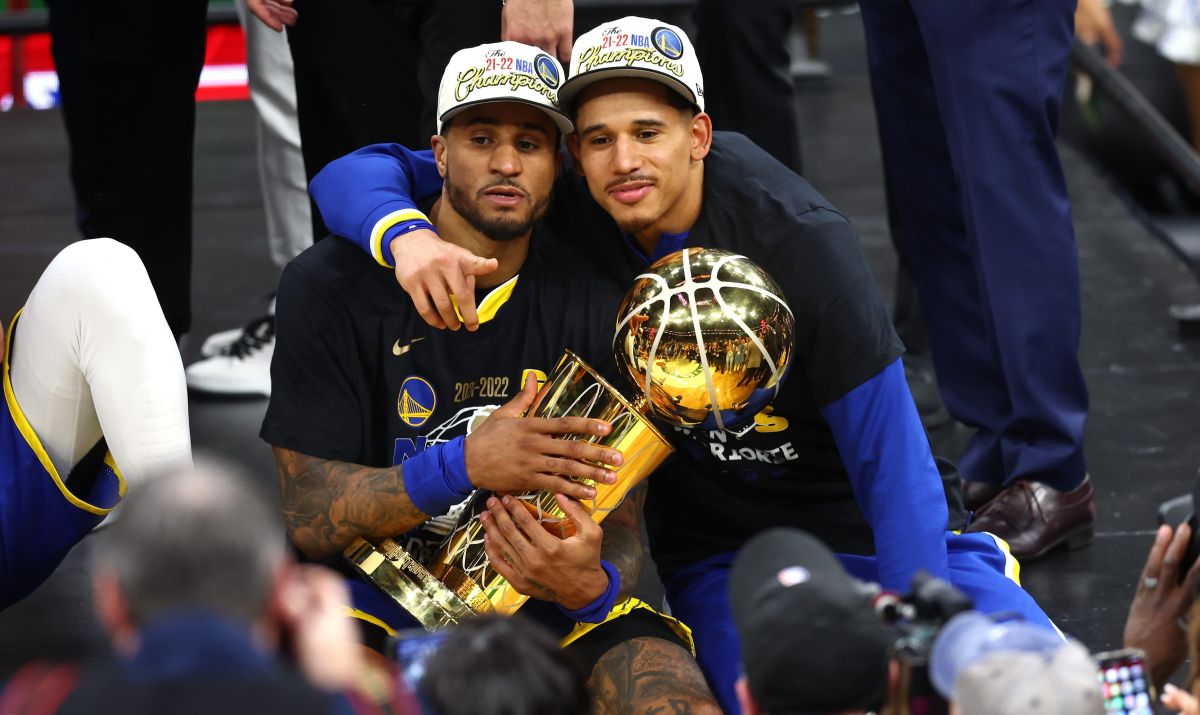 This Monday, Juan Toscano-Anderson, the first Mexican NBA champion, attended the National Palace to hold a meeting with the president of Mexico, in which they exchanged a few words and recorded a video holding the trophy that the player won with the Golden State Warriors.

From early on in his morning conference, Andrés Manuel López Obrador had already anticipated the player’s visit, whom he said he would welcome with pleasure.

“The best Mexican basketball player in history is coming. We are very happy because when he triumphed he took out the Mexican flag and I have the information that he is of Michoacan origin and his number on the shirt (95) is the number of the house on the street where his grandparents came from Mexico bought that first house. He has Mexico in his heart, in his blood. He is the son of a migrant woman, so we are very proud of him. We congratulate him and thank him,” the president advanced.

Later, at 11:30 a.m. local time, the basketball player met with the president. Together they recorded a video in which they exchanged a few words while holding the Golden State Warriors trophy.

“Juan Toscano is the Mexican basketball player who triumphed in the United States in San Francisco, with the Warriors. It is pride. We are talking about the best basketball team in the United States and possibly in the world, this man is a player on that team, outstanding. It gave us a lot of pride because it came out with the flag of our country. Do not forget the origin of your family and that, Juan, we value it very much”, mentions the president in the clip that he released on his official account.

For his part, the champion was a little nervous about the match but said he was proud of the achievement and what it represents for his country.

“It is an honor to represent Mexicans at the highest level in the world. There are no words, I feel nervous, but happy to be here with you,” he expressed.

Finally, AMLO also thanked the team for allowing the trophy to travel from the United States since for him that has a special meaning.

“Thank the team, because they brought us the trophy to show it, as a tribute to Mexico and to Juan”, he sentenced.