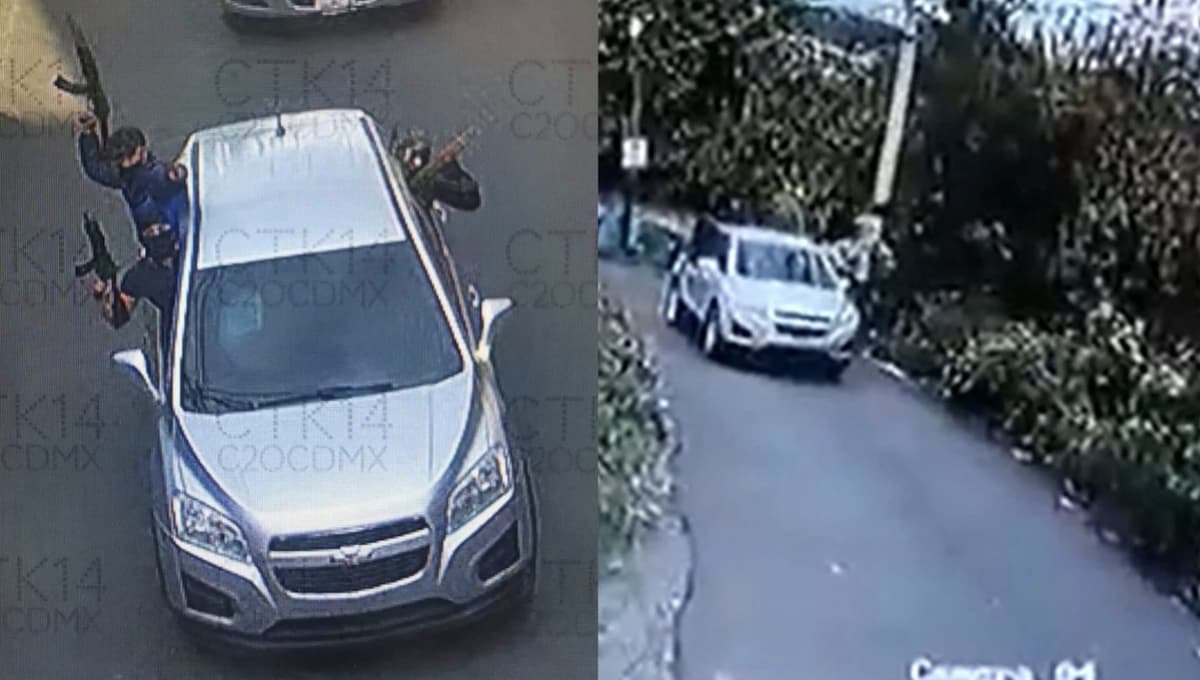 On the afternoon of October 8, videos began to circulate of cars with armed individuals in Milpa Alta; they are believed to be members of the Familia Michoacana.

A video recorded how alleged members of La Familia Michoacana drove armed cars through the streets of the Milpa Alta municipality in Mexico City (CDMX).

According to the report on social networks, on the afternoon of Saturday, October 8, several vehicles with armed individuals drove through the main streets of San Antonio Tecómitl in Milpa Alta.

The alleged assassins were identified as members of La Familia Michoacana; in response, the authorities of the CDMX conducted a tour of the area.

In the video showing the armed men driving around in cars on the streets of San Antonio Tecómitl, Milpa Alta, two gray vehicles can be seen.

And although it cannot be made out, in photos shared on social networks, which are also allegedly from security cameras, the alleged members of La Familia Michoacana can be seen with weapons.

These people were traveling with half of their bodies outside the vehicles and long weapons, according to a C2 photo in San Antonio Tecómitl.

The vehicles would have circulated along 5 de Mayo, Ignacio Zaragoza, Iturbide, and Moctezuma streets in the center of that neighborhood.

An operation was carried out due to a report of armed persons in Milpa Alta.

Following reports on social networks about armed individuals in the Milpa Alta municipality, the Secretariat of Citizen Security (SSC) of the CDMX carried out an operation.

According to the agency, units were deployed to conduct patrols in the area of San Antonio Tecómitl, and as a result, they located two abandoned vehicles.

According to the SSC-CDMX, they found a gray vehicle with license plates from the State of Mexico and a gray pickup truck without license plates outside a property with cartridges of different calibers and magazines.

They explained that the cars found matched the characteristics reported in the complaints and that police presence was increased in the area to locate those responsible.

Responsible for the shooting are alleged members of La Familia Michoacana.

Following dissemination of photos and videos of the vehicles with armed individuals, alleged members of La Familia Michoacana shared a message indicating they were responsible.

In the video, they say that the caravan of cars with armed people in San Antonio Tecómitl was to look for the people of “El Barrabás” and “El Gastón” from the criminal group Los Rodolfos and the Tláhuac Cartel.

Both groups operate in Milpa Alta and other municipalities such as Iztapalapa, Xochimilco, and Tláhuac.