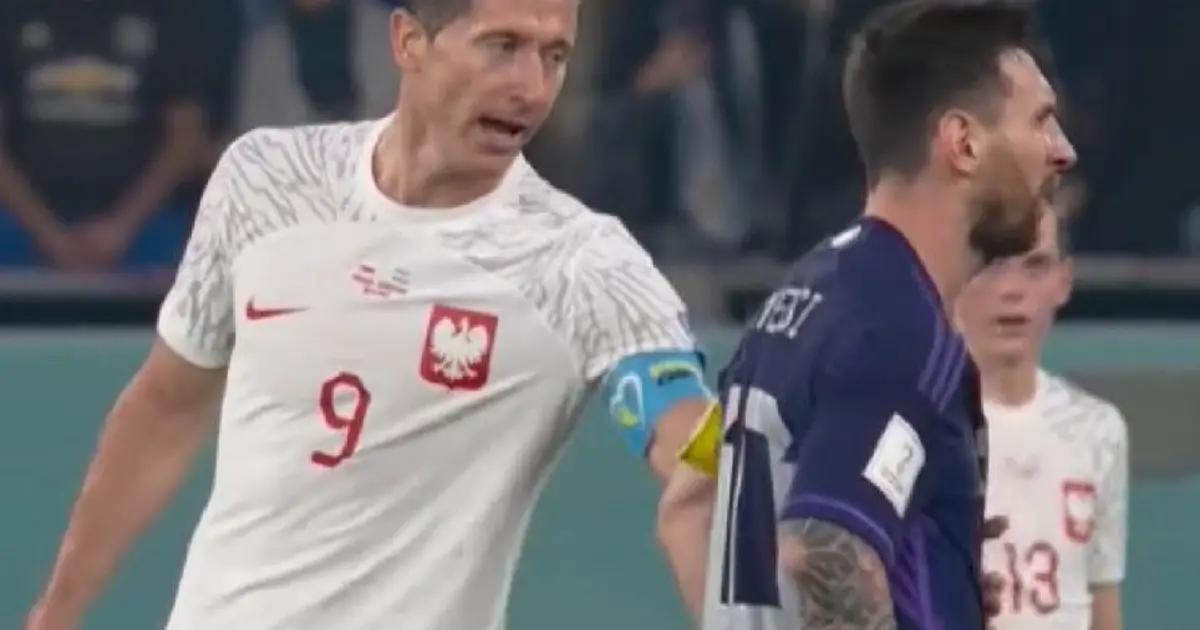 Argentina defeated Poland 2-0 and secured its place in the round of 16 as Group C leader, playing the kind of game that the ‘Scaloneta’ has made us accustomed to. The Europeans also secured a ticket to the next stage despite the defeat. However, a match between Lionel Messi and Robert Lewandowski caught the attention of the spectators.

The rivalry between Messi and ‘Lewa’ has close antecedents, specifically regarding the 2021 Ballon d’Or, which ended up being won by the Argentine, but many felt the Barcelona striker deserved it.

This clash came to fruition at the World Cup during Argentina vs. Poland. It was the 95th minute of the match, and Lionel Messi was handling the ball in the center circle when Lewandowski went to press hard. The referee blew for a foul. The Pole, then, tried to greet the ’10′. However, he seemed displeased and did not even offer him a glance.

Despite rumors of an apparent fight between the ‘cracks,’ at the end of the match, the two players could be seen chatting pleasantly. “I was taught that everything that happens on the field stays on the field, and everything that happens in the locker room stays in the locker room. I’m not going to say anything about intimacy,” said the Argentine.