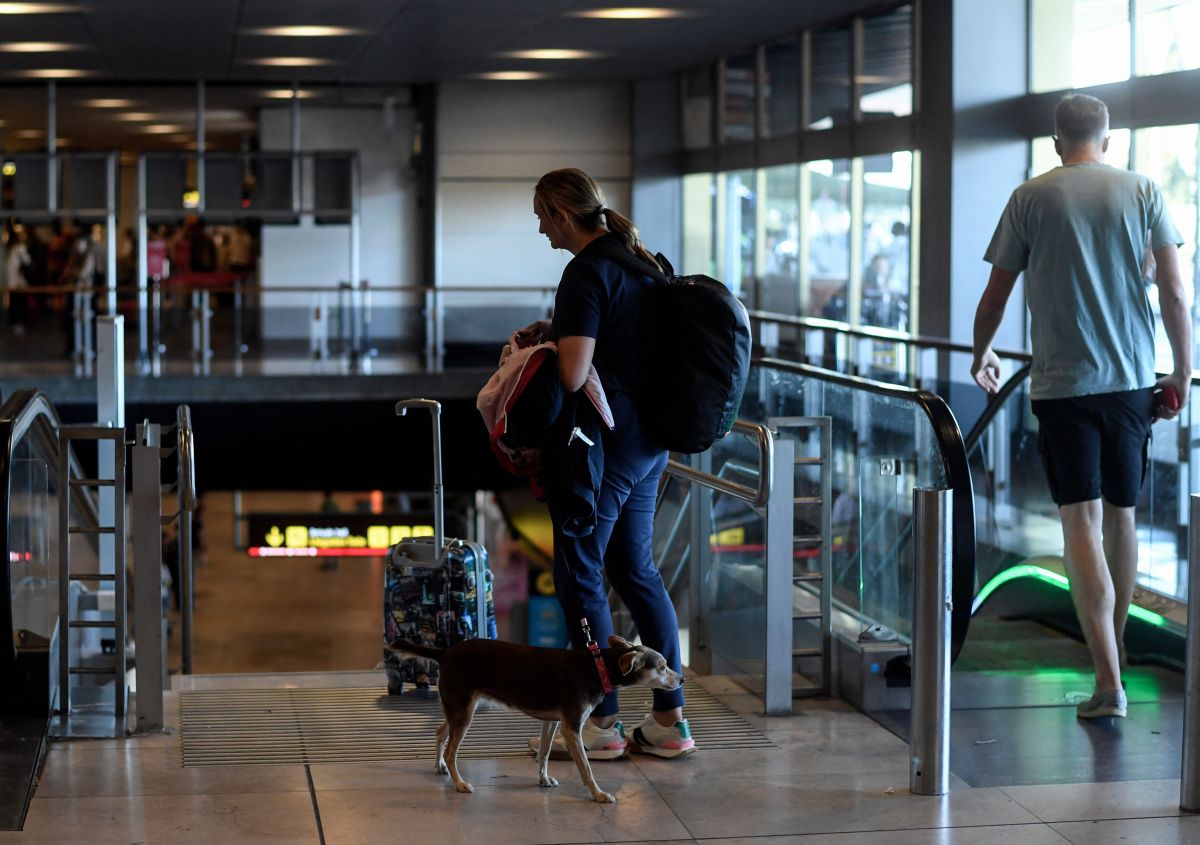 A video shows the moment an angry tourist attacked and beat up two airline workers in front of an airport counter.

The man I was waiting to board an easyJet flight to Alicante when the drama broke at Bristol Airport in England.

Here the link to the video PUBLISHED BY THE SUN.

Footage shows his girlfriend raising her arms as she yells at a worker wearing a high visibility jacket in front of the rest of the passengers.

The tourist suddenly charges at the employee, but first pushed his partner to the ground, as the crowd gasps audibly.

Later, the video shows the tourist punching one of the workers before grappling with the second as his girlfriend looks on.

One of the beaten employees manages to separate the angry man from his colleague and appears to call security.

His co-worker gets up and tries to face his assailant, but the woman gets in the way and pushes him back.

She starts screaming “fuck you” repeatedly to the assembled stunned commuters as her boyfriend yells, “I dumped you both.”

The beaten employee hands the woman her bag as a second man enters and tries to comfort her before the video ends, which was posted on Twitter, where it has been viewed nearly 90,000 times.

Bristol Airport confirmed that the incident took place on June 17.

A spokesperson for Bristol Airport said: “Bristol Airport or the airlines will not accept anti-social, violent or threatening behaviour. “While such incidents are rare, we take them very seriously and will fully support any police investigation.”

Read more
* VIDEO: Russian missile makes a ‘U’ turn in the air and crashes into the troops that fired it
* VIDEO: Single mom who accidentally flashed her thong and butt at a school event is now receiving praise from hundreds of men around the world
* Brian Laundrie admitted to killing Gabby Petito because “it was what she wanted,” he wrote in a notebook