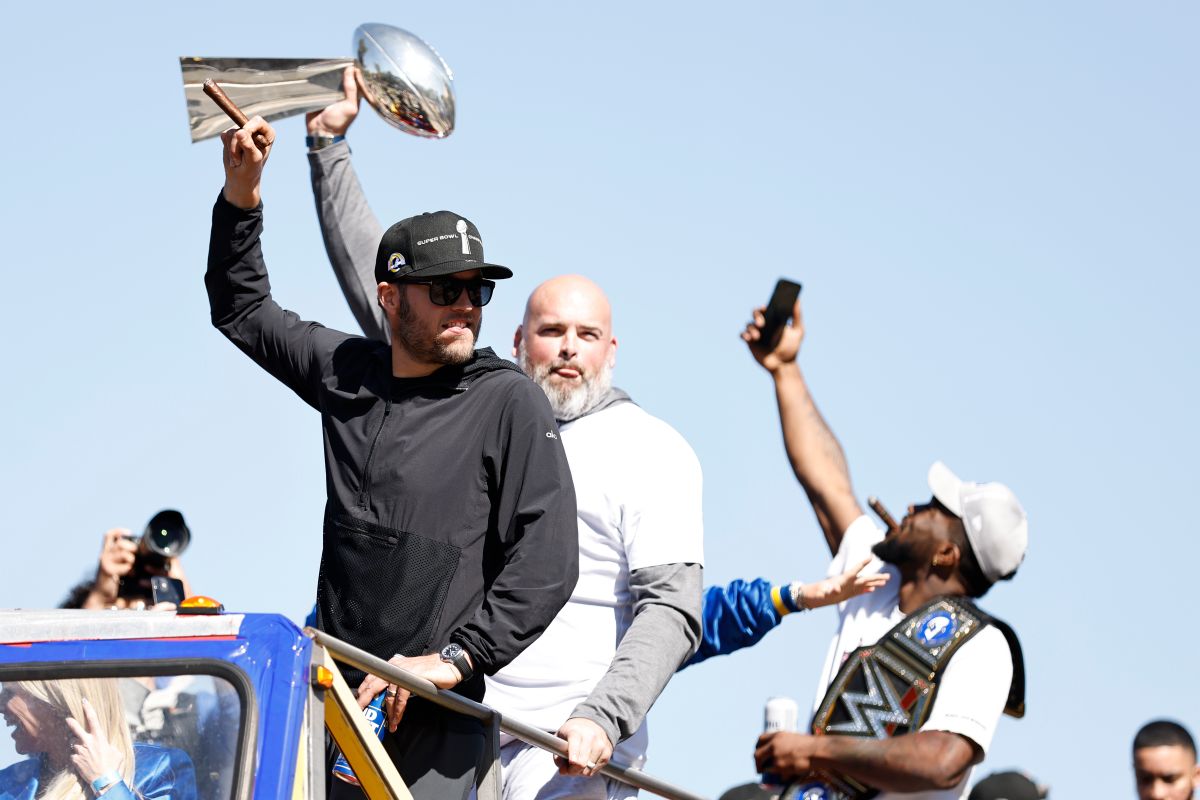 A NFL photographer was caught on camera falling six feet and fracturing her spine while covering the Rams’ Super Bowl celebrations.

Kelly Smily is seen taking photos of the celebration to celebrate the Rams’ historic 23-20 victory over the Cincinnati Bengals on Sunday.

But she fell from a platform in front of the Los Angeles Coliseum and has since revealed that has a fractured spine.

Stafford’s wife, Kelly, steps forward to help as the NFL star quarterback appears to turn his back on the incident.

The cameras captured the dizzying accident in which the photographer fell about six feet from the stage a few feet from Rams quarterback Matthew Stafford.

Related: “Rams House”: A historic and decisive achievement for the Rams franchise in Los Angeles

A stunned Stafford appears to utter “Oh my God” to his wife Kelly, who gasped before stepping forward to help.

Some criticized the veteran player for a lack of empathy, as Stafford apparently immediately walked away from the incident, which left Smily injured.

It is not clear what happens in the moments after the fall, with the camera focusing on a wide shot.

Smily, from Long Beach, California, is a full-time photo editor for the NFL and also freelances.

“Unfortunately I fractured my spine,” Smily tweeted in response to the video that has since gone viral of her falling off the stage.

One user wrote in response: “I hope you feel better and recover quickly. Bad look, I’m not going to see if you were okay :(“.

Another added: “The Rams and the NFL should reach out and help pay for his cameras and medical bills. This is horrible. I hope for a speedy recovery, my friend.”

But others defended the quarterback, with one saying, “Matt (a professional athlete who is basically conditioned to give injured people space) was drunk and couldn’t help her much.”

The Rams were celebrating their first Super Bowl win since 2000, with Stafford sealing the win on a fourth-quarter touchdown pass to Cooper Kupp.

Coach Shaun McVay led the celebrations, which included a mile-long bus ride through the streets.

Rams players drank and smoked cigars as they celebrated their win before speeches in front of the old Memorial Coliseum.