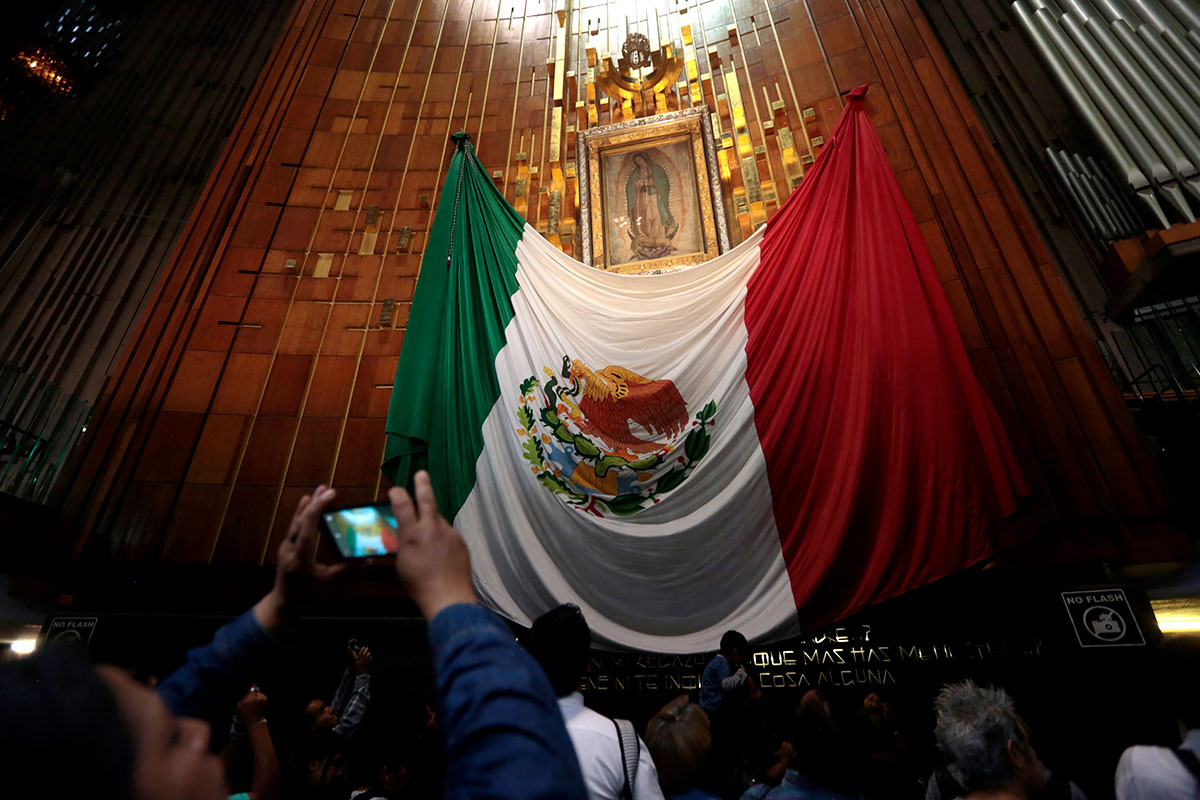 In the first minutes of this Sunday, December 12, millions of Mexicans throughout the national territory celebrated the Day of the Virgin of Guadalupe and sang las mañanitas.

Before the Guadalupan festivities, the president of Mexico, Andrés Manuel López Obrador highlighted the meaning of the dark virgin for Mexicans.

“The two main symbols, one the Virgin of Guadalupe, first place, second place Benito Juárez, that is Mexico, a great country, our people,” said the Mexican president from Baja California.

Faith for the Virgin of Guadalupe arose in Mexico on December 12, 1531, when legend says that the dark virgin appeared to the indigenous Juan Diego, who was canonized in 2002 by Pope John Paul II.

As is tradition, In the Basilica of Guadalupe, located in the Gustavo A. Madero Mayor’s Office, north of Mexico City, a mass was celebrated and the Virgin was sung, an event that was recorded and broadcast on television channels and social networks.

Authorities of Mexico City confirmed the visit of more than a million people to the Marian compound until yesterday Saturday and it is expected that during the day of this Sunday, December 12, there will be more than 4 million pilgrims.

“We have not had any incident to regret, fortunately everything has gone quite well, quite orderly,” said the Secretary of the Government of Mexico City, Martí Batres.

For this occasion, visitors line up at the Basilica to see the famous painting of the Virgin and are not allowed to stop during the entire tour or sleep in the vicinity of the place.

Upon admission, pilgrims must wear their mask at all times in addition to being vaccinated with the basic table against COVID-19.

“The people have fulfilled the essential characteristic of this operation, which is to arrive, give prayers, and thank the Virgin of Guadalupe and leave immediately, in such a way that it is a circular operation as has been proposed,” reported Martí Batres.

It was in 2020 that the pilgrims could not visit the Basilica of Guadalupe on December 12, due to the historic closure of the site caused by the coronavirus pandemic.

For this year, access was allowed and therefore the capital authorities mounted the “Operation Basilica 2021”With 3,100 elements from the Secretariat of Citizen Security, as well as members of the Banking and Traffic Police, and health and emergency teams to attend to visitors.