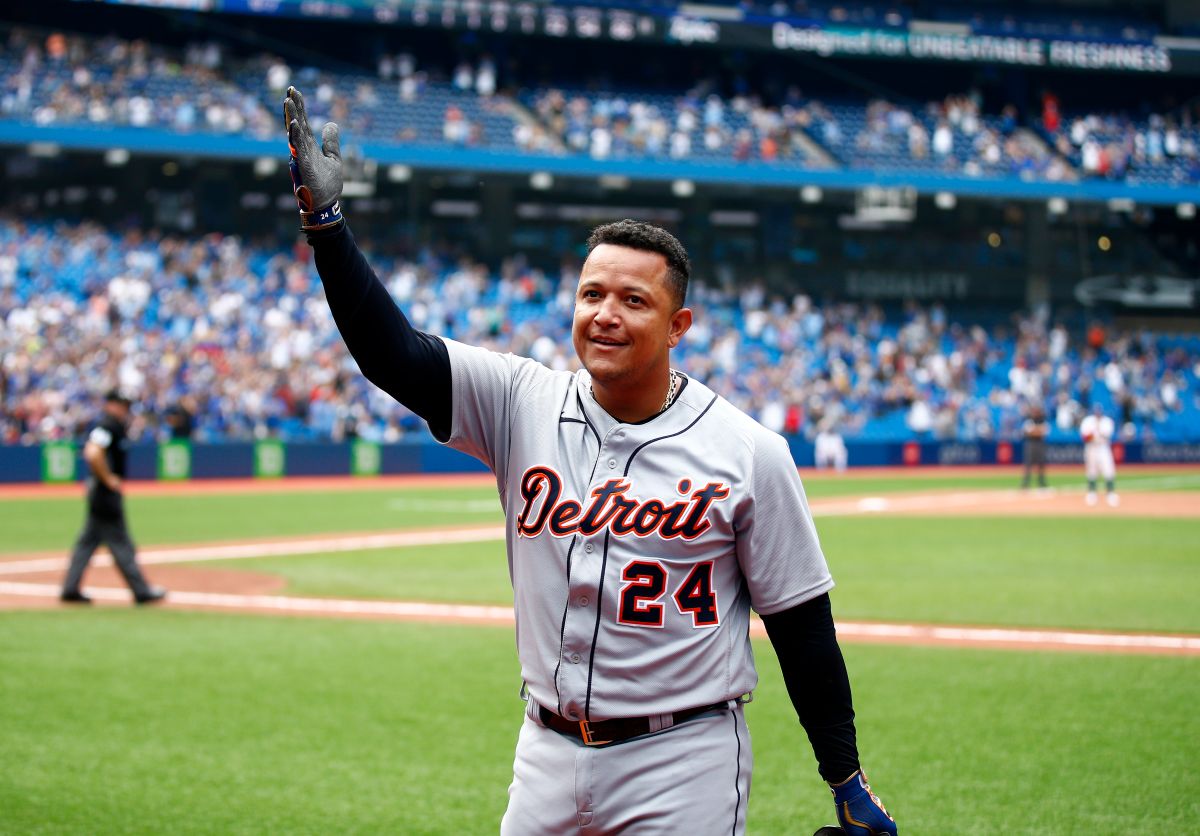 The right stand of the Roger Center stadium witnessed the new achievement of the Venezuelan player Miguel Cabrera, who this Sunday reached the record of 500 home runs in his career.

For posterity will be the scene of the Detroit Tigers baseball player in his turn at bat in the sixth inning of the game against the Toronto Blues Jays.

A strike and a ball marked the count of the two pitches made by the Toronto pitcher, and as they say that the third is the charm, the third pitch he fanned.

Number 24 knew that he would take her out of the stadium as soon as she hit the bat, and He didn’t take his eyes off her until he saw her fall deep into right field.

With this achievement, Cabrera becomes the 28th player to reach such a march in Major League Baseball history.

With the home run, Cabrera tied the actions in the game that went 1-0 in favor of Toronto.

Unusual: assistant referee was injured and had to be substituted in San Luis Vs. Cruz Azul match