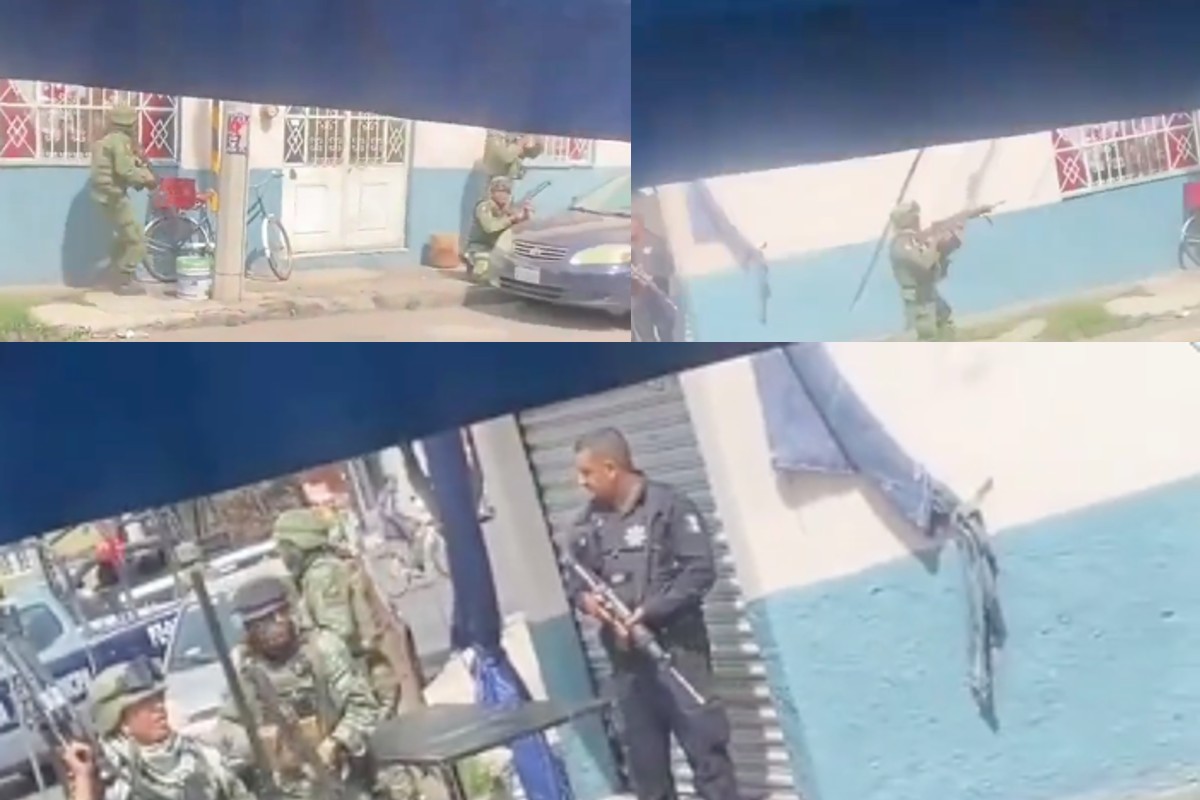 Photo: Captures taken from the Twitter video of @fran_morenog84 / Courtesy

Mexican military pursuedThey exchanged gunfire and shot down still hitman what minutes before there was killed nine people in two municipalities Michoacanone of the most violent states in Mexico, dominated by drug cartels. Videos circulate on social networks of the soldiers who mobilized through the municipalities of Zamora Y Jacona, in which the massacres were recorded, to locate the person responsible, who was finally neutralized. Everything was captured by neighbors with their cell phones.

According to the police, witnesses who have already testified, and the Mexican media, the assassin first entered a mechanical workshop in the community of Jacona, where he executed two men. He then he came to a dairy companys, there he stole the car of another man whom he shot, as well as a person who was in the place; both passed away. That was not all, because the assailant noticed that the police and soldiers began to chase him, which became a shooting. During the crossfire, the gunman killed the employee of a repair shop and shot two more people. The shooting moved to a flower shop where he took the life of an employee. He finally killed a man outside a feed business and another who was inside the building. The soldiers arrived at that place and shot him down.

“The Attorney General of the State of Michoacán (FGE) reports that, in relation to the events recorded this Tuesday afternoon in the municipalities of Jacona and Zamora, and which left a balance of nine people dead and four injured, 12 have already been identified. victimsas well as the alleged aggressor. The following were identified before the Attorney General’s Office: Luis Fernando Ch., Antonio M., Serafín T., Ignacio R., Pedro S., Jesús C., José Ramiro M., and Agustín M,” the Mexican authorities reported in a statement.

“Sergio Eduardo A.., “The Nenuco”, the latter, allegedly responsible for the multi-homicidewho, according to the first investigations, is related to other criminal acts.”

In the case of the injured people, they respond to the names of Julisa Kassandra C., Gustavo P., Pedro H., and the state police officer Ricardo E., who receive medical attention in a hospital, but their status is unknown. that are found.