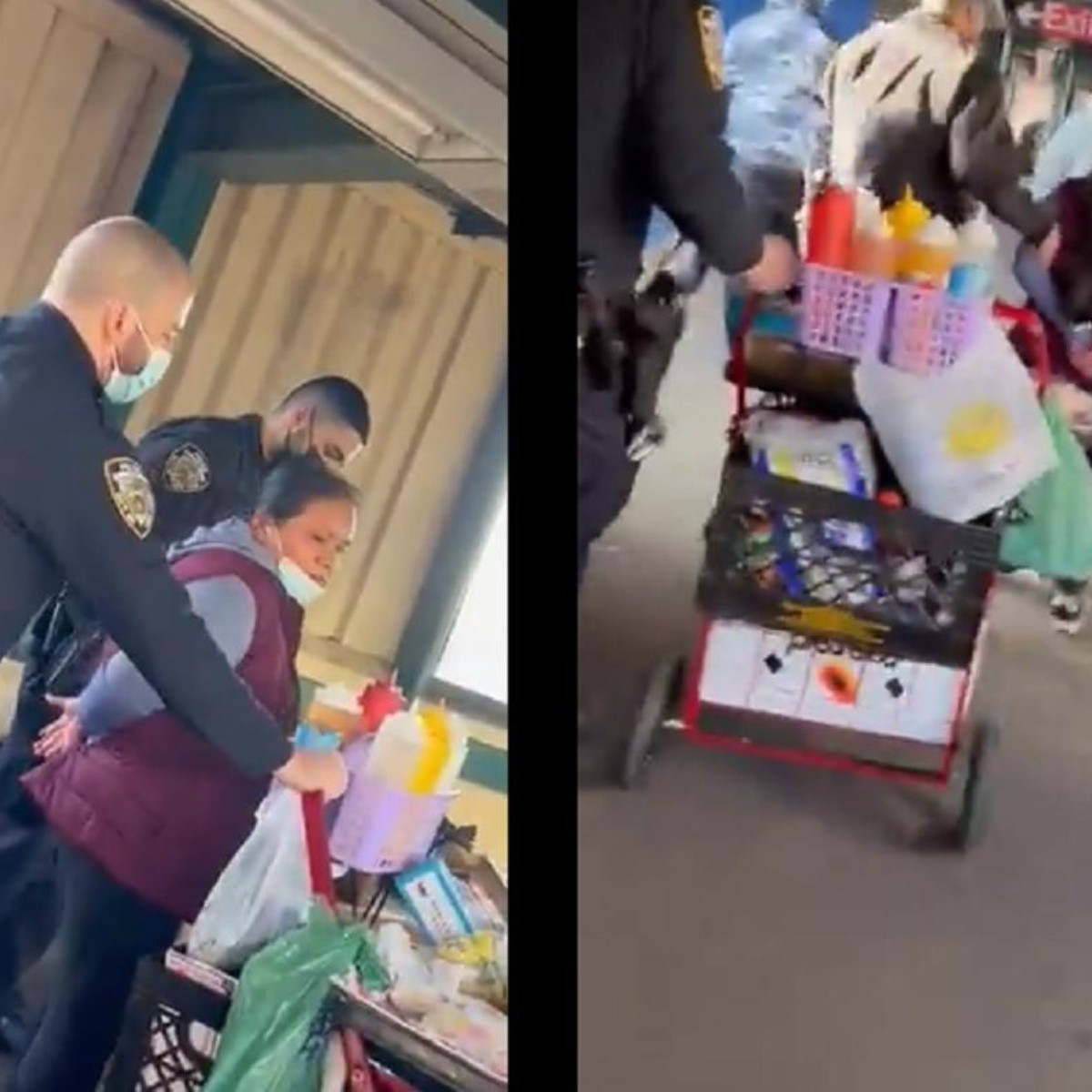 New York.- A mother of Hispanic origin was arrested in the presence of her daughter while selling fruit in the station of Broadway Junction Subway in Brooklyn, New York. The moment of the arrest was documented on video by the daughter of the affected.

In the images, the woman from Ecuador can be seen next to the cart where she sells her chopped fruit in bags ready to eat, while she is handcuffed from behind by two officers, who take her away in silence.

The clip of the arrest became a trend on social media after being posted on Twitter by a New York organization called the Street Vendor Project, which is dedicated to defending the rights of street vendors and small businesses.

The 57-second video exceeded one million views, has 21 likes and has been retweeted more than 1,200 times.

The arrested woman responds to the name of María Falcón and is originally from Ecuador. According to the aforementioned organization, she has been selling fruit at the subway station for more than 10 years.

The Street Vendor Project maintains that Maria is licensed to sell her food and pays taxes like any other Big Apple merchant. Even, they assure that she passed the food safety courses, but she still does not have the sales permit because these take years to be granted due to the high demand.

There are 12 permits on the business license waiting list and 6,000 on the food permit waiting list, according to the aforementioned organization on Twitter. Similarly, they noted that there are about 20,000 street vendors in New York City.

“This is the little job that we do, you can honestly see how we work, we don’t harm anyone, nothing,” said María.

In his defense, the New York police said that in recent days they notified Maria about the rules of traffic conduct.

“Signs written in English and Spanish were placed inside and around the station to remind the public that the sale is illegal in the transit system,” according to information from the local portal lanoticia.com.

The controversy escalated due to the fact that the inhabitants of New York reproached the police on social networks who are more concerned with removing street vendors than dealing with the wave of violence that the Big Apple is going through.