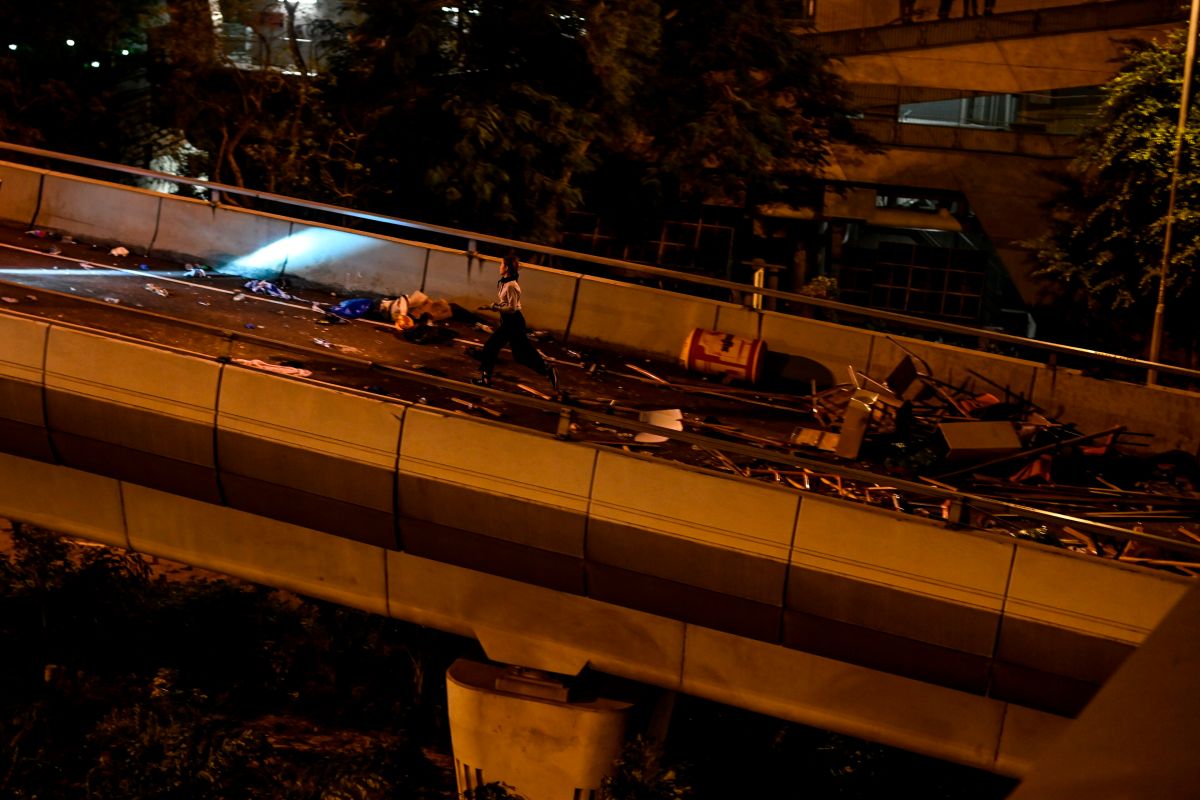 A video shows the moment when a trailer that was circulating on the Los Reyes-Texcoco highway in the State of Mexico, collides with a pedestrian bridge and causes its collapse, an accident recorded during the afternoon of this Monday.

The trailer hit a pedestrian bridge at kilometer 30.5 of that road, at the entrance to Cuautlalpan and according to the images, the box of the truck was raised, which would have caused part of the pedestrian bridge to collapse; this the video:

For her part, the municipal president of Texcoco, Sandra Luz Falcón, said that the trailer “exceeded the allowed dimensions”, so it could not pass under it.

Despite the spectacular images, fortunately no injuries were reported.

In videos circulating on social networks, it can be seen how the pedestrian bridge is over the truck and a private car, since the bridge crushed the front of the vehicle.

It should be remembered that on November 7, a video was published in which 19 people died and several more were injured after a multiple accident that occurred in Mexico, specifically in the Plaza de Cobro San Marcos on the Mexico-Puebla highway, caused by a truck that collided with a toll booth.

Also see:
VIDEO: Truck without brakes caused multiple accident on Mexico highway that left 19 dead and several injured
· Truck ran over a woman on a motorcycle and survived: drama and miracle in Brooklyn, New York