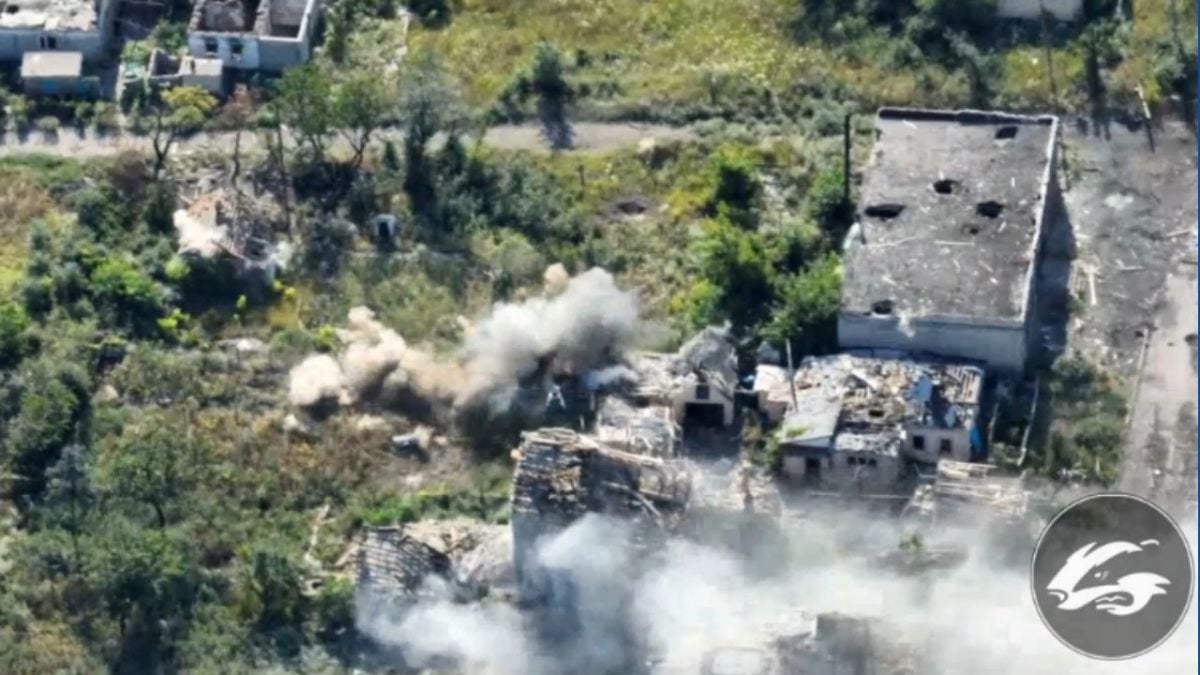 The moment in which Ukrainian marines execute several Russian soldiers – Photo: 503rd Separate Battalion of the Marine Corps of the Naval Forces of Ukraine / Courtesy

Published raw images show the moment when Ukrainian marines manage to ambush and execute a group of Russian soldiers in a video captured from a drone.

The footage shows a group of Russian soldiers approaching a partially destroyed building. They can be seen entering before more soldiers arrive and crowd into place.

The building is then hit by Ukrainian artillery, causing it to explode and causing a large plume of smoke to rise into the air.

Here are the images of the Ukrainian attack:

Later, a lone soldier can run away from the bombed-out building. More munitions hit the ground around the building as the footage ends.

The footage was obtained from the 503rd Separate Battalion of the Marine Corps of the Naval Forces of Ukraine, along with a statement that read: “We work according to the old proven scheme: ‘Look, shoot!'”

They also said: “Glory to Ukraine! Glory to the Marines!”

The footage was broadcast by the Ground Forces of the Armed Forces of Ukraine along with a short statement saying the video shows how “the marines waited until the Russian occupiers gathered in the building and ‘arrived’ there.”

It should be remembered that Russia invaded Ukraine on February 24 in what the Kremlin calls a “special military operation.” Friday marks day 163 of the invasion.

Also read: Video: Watch Ukrainian soldiers shoot down a Russian drone with a US Stinger missile