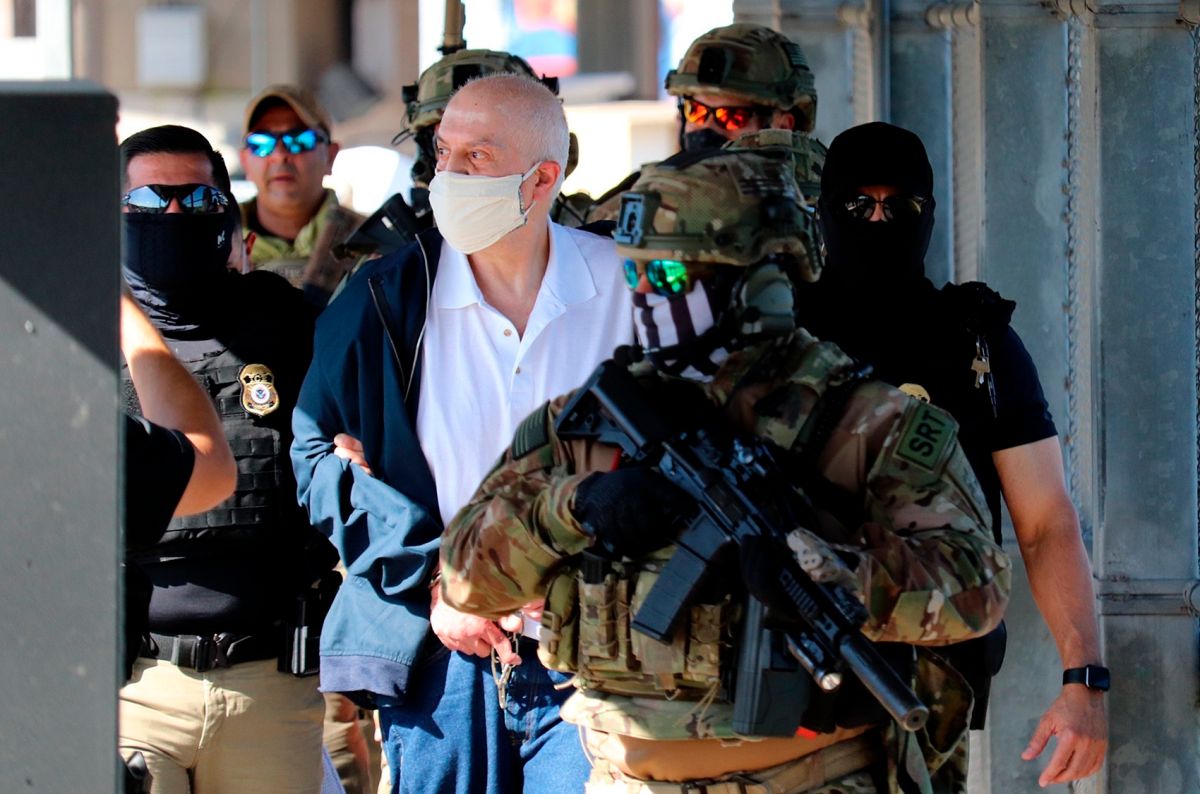 Eduardo Arellano Felix He was deported by the United States Government, but as soon as he set foot on Mexican soil, the leader of the Tijuana Cartel was detained by personnel from the Attorney General’s Office (FGR) and the Army.

“The Doctor,” as he is also known, was transferred to the Altiplano Federal Prison, where he had already been imprisoned for four years.

This Monday at 5:15 p.m. in Mexico, US authorities turned Arellano Félix over to the Brownsville-Matamoros International Bridge.

Federal agents and the Mexican military executed an arrest warrant for crimes against health, organized crime and criminal association.

A video distributed by the FGR shows the covered face of “The Doctor”, because Mexican laws prohibit showing the face of those who are accused of crimes, but have not been sentenced, although the identity of Arellano Félix is ​​publicly known.

This was the delivery of the former leader of the Tijuana Cartel Eduardo Arellano Félix, this afternoon at the Brownsville – Matamoros international bridge. pic.twitter.com/1jaK7XElNT

The drug trafficker, originally from Sinaloa, returned to Mexico after obtaining the benefit of early release in the United States, after serving 85 percent of his 15-year prison sentence with good conduct.

“After serving that part of his sentence in a low-security federal prison in Allentown, Pennsylvania, the United States immigration authorities made him available to the Mexican authorities.”said the FGR.

“The Doctor” was detained on October 25, 2008 by the Federal Police in a residential area of ​​the Mesa de Otay delegation, in Tijuana, Baja California.

In the US, the 64-year-old drug trafficker was transferred in 2012 on charges of drug trafficking and money laundering.

#FGRInfoma: #FGR and the @SEDENAmx They received Eduardo “A”, for the fulfillment of an arrest warrant against him, for his probable responsibility in the crimes of organized crime, against health and criminal association.