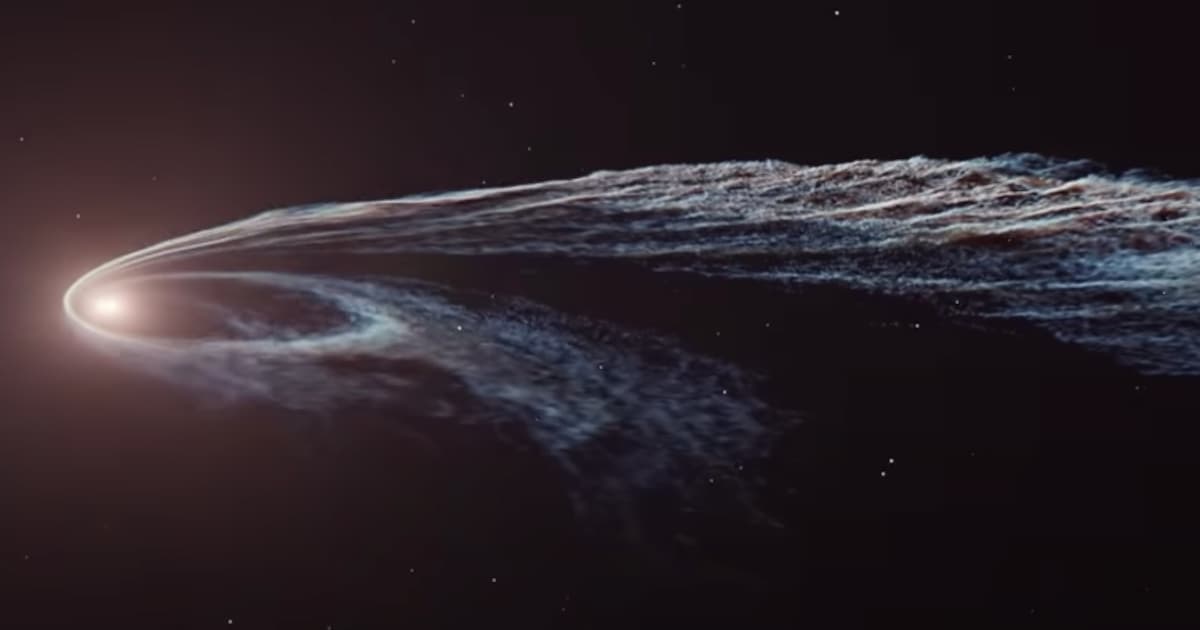 NASA managed to capture the moment when a black hole devours a star, being recreated in a video through its NuSTAR satellite.

According to NASA’s report, this happened about 250 million light-years from Earth, where a black hole with a mass 10 million times greater than the Sun is located.

This type of event is known as “tidal disruption,” where the gravity of a black hole “breaks” the stability of a system by interfering with the orbit of a star.

It is worth mentioning that this type of phenomenon is sporadic, at least as far as NASA has observed since there have only been detections of a “tidal disruption.”

What is a tidal disruption?

So, have you heard of a tidal disruption before? It’s when a celestial body (like a star) gets too close to a massive object (like a black hole) and gets stretched and torn apart by the object’s gravitational force. This can release a ton of energy and cause a bright flare of electromagnetic radiation that we can see from far away.

But these events are pretty rare, you know? Although, they can give us some valuable information about the physics of extreme environments, like the region around a black hole. And they can also help us study the properties of black holes – like their mass and spin – and test the predictions of general relativity. Anyway, that’s a tidal disruption in a nutshell!

The black hole “only” needed 100 days to devour the star

This “tidal disruption” event was classified by NASA as AT2021ehb and took place over 100 days.

As we can see in the video recreation, the black hole was gradually consuming the star; gravity tore one of the luminary zones, extracting all its material little by little.

This left a thread of light where before there was a sphere, with all the incandescent gases rotating around the black hole, displaying ultraviolet light and x-ray signals at the same time.

The AT2021ehb event was first detected on March 1, 2021, and it wasn’t until 300 days later that NASA’s NuSTAR began to yield data about what happened.

Beyond the spectacle of capturing a black hole devouring a star (as seen in the video), NASA hopes that a better analysis can be made with the data obtained.

They are mainly interested in giving a better explanation of how gravity works in black holes since, at the moment, there are only assumptions about it.

The “tidal disruption” events are perfect for checking in detail how the gravity of black holes manipulates the material around them.

The amount of material and the light and signals produced by this event make the data more precise and its observability more punctual.

What we know about gravity inside black holes

It’s crazy strong – so strong that it can even stop light from getting out! That means we can’t see what’s happening inside a black hole directly since no light can escape for us to see.

We can use the theory of general relativity to make predictions about what’s going on there. According to this theory, when an object falls into a black hole, it’ll feel an increasing amount of gravitational force. At some point, the force will be so intense that it’ll be stronger than the object’s internal forces, causing it to collapse and become part of the black hole.

And it’s also thought that the gravity inside a black hole becomes infinite at the center – known as the singularity. This means the laws of physics we know might not work there. Wow, right?

Overall, the physics of black holes is pretty complex, and we still have a lot to learn about these mysterious objects. Definitely an interesting topic to think about!