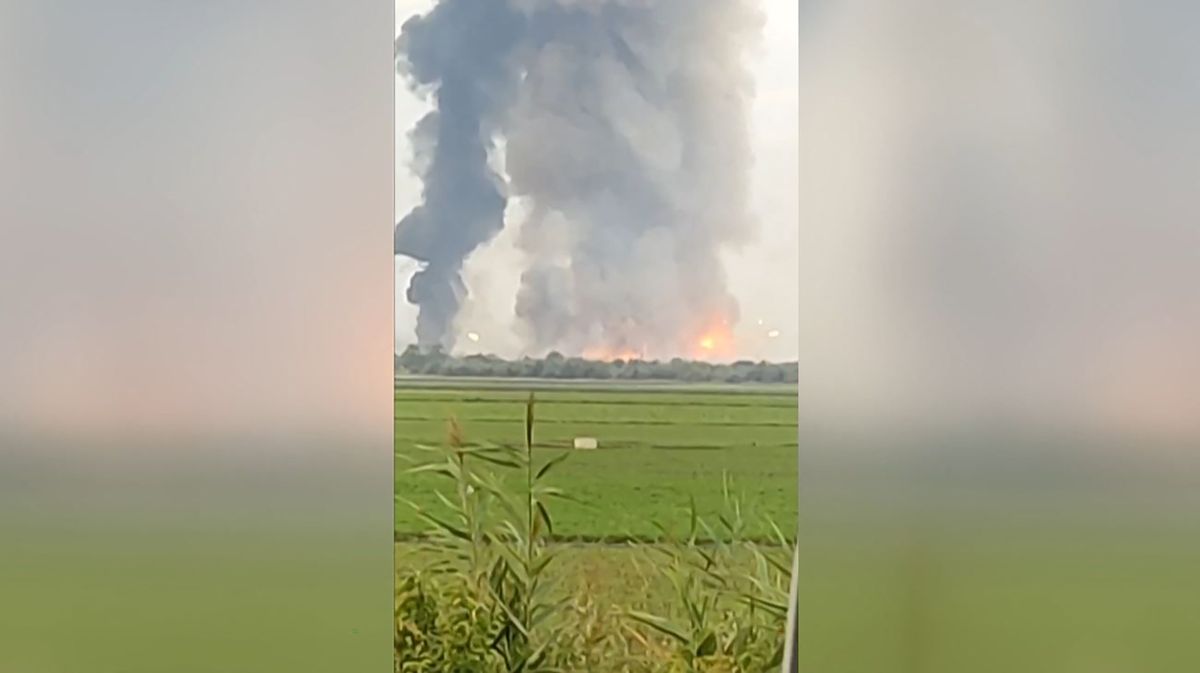 Explosions and fires ripped through an ammunition depot in Russian-occupied Crimea on Tuesday.in the second suspected Ukrainian attack on the peninsula in just over a week, forcing the evacuation of more than 3,000 people.

Russia blamed the explosions in the town of Mayskoye on an “act of sabotage”without naming the perpetrators.

Separately, the Russian business newspaper Kommersant quoted residents as saying plumes of black smoke were also rising over an air base in Crimea’s Gvardeyskoye and images on social networks They confirmed the above.

Ukraine stopped short of publicly claiming responsibility for any of the explosions, including those that destroyed nine Russian planes at another Crimean air base last week.

Russia seized the Crimean peninsula in 2014 and has used it to launch attacks against Ukraine. in the war that began nearly six months ago.

If Ukrainian forces were behind the explosions, that would represent a significant escalation in the war. Such attacks could also indicate that Ukrainian operatives can penetrate deep into Russian-occupied territory.

Ukrainian President Volodymyr Zelensky alluded to Ukrainian attacks behind enemy lines when he included people “who oppose the occupiers to their rear” in a list of people he thanked for supporting the country’s war effort.

In a video address Tuesday night, he also warned people not to go near Russian military installations and ammunition and equipment storage sites.

The Kremlin demanded that kyiv recognize Crimea as part of Russia as a condition for ending the fighting, while Ukraine promised to expel Moscow’s forces from the Black Sea peninsula.

Videos posted on social media showed thick plumes of smoke rising above raging flames in Mayskoye, and a series of explosions could be heard. The Russian Defense Ministry said a power plant, power lines, railway tracks and apartment buildings were damaged.

Crimean regional leader Sergei Aksyonov said two people were injured and more than 3,000 were evacuated from two villages. “The detonations are quite strong. The ammunition is scattered all over the ground,” he said, adding that several houses were burned.

In what may have been retaliation for the attacks in Crimea, Russian warplanes fired missiles at a military airfield in Zhytomyr, 87 miles west of kyiv.

Crimea is a popular summer destination for Russian tourists, and last week’s explosions at Crimea’s Saki airbase sent beachgoers fleeing beaches as flames and plumes of smoke rose over the horizon.

Also read:
Ukraine mocks Russian tourists crying in Crimea with video of explosions
· 7-year-old girl loses her father in the war and starts a business to buy vehicles for the Ukrainian army
Anton Lystopad, Ukraine’s ‘best pilot’, dies in combat