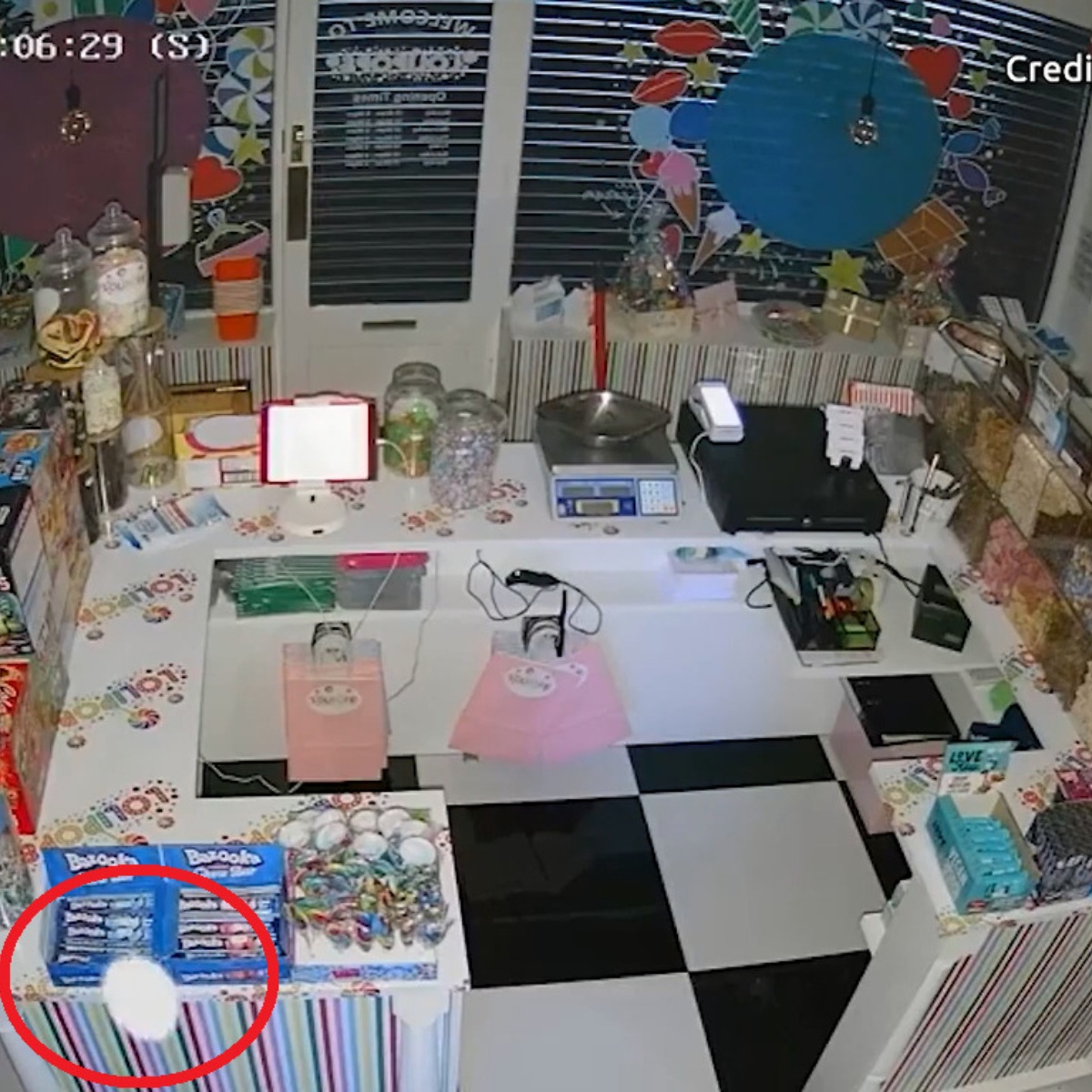 the owners of a candy store of Lancashire, Englandlived one of the most terrifying moments when capturing “paranormal activity” with their closed circuit cameras.

It all started when Amy and Lauren Elleray-Wilson they received a notification that the motion sensors in their business had been activated overnight.

They capture paranormal activity in a sweet shop in England

Thinking that some thief had sneaked into the store, they proceeded to check the cameras, but they found something totally unexpected: a supernatural entity.

Amy said: “The motion detectors kept going off and I was wondering what the hell was going on. We opened the app and we were seeing orbs flying around the store.”

According to paranormal believers, ‘orbs’ are the manifestation of energy related to spiritual activity.

After seeing what they had captured, the owners of the candy store shared the clip on social networks and many people were quick to comment and share it. Some even saw shadows and more orbs in the corner of the screen.

“If you turn up the brightness you can see a lot of paranormal activity”; “How scary they should bless the store, or maybe move to another location,” were some of the comments left by Internet users.

It may interest you: Cameras record paranormal activity in a supermarket (VIDEO)

As we have mentioned in AmericanPost.Newsis not the only spooky event that has taken place in the store, because according to Amy several objects have changed places in previous days.

Amy said: “I had an empty bottle and a box, and you can see it fall off in another video.” “You can even see the bag go back a bit before it falls off and there are orbs at the bottom of the screen.”

If there is a paranormal explanation for the events, Amy suspects it could be the ghost of a little boy who she thinks may have haunted them at their old Bamber Bridge home.

She said: “We had really strange happenings in the house we used to live in. We were told that the house was haunted by a little boy.”

Do you think this is paranormal activity or is it a trick to get attention? Leave us your thoughts in the comment box.