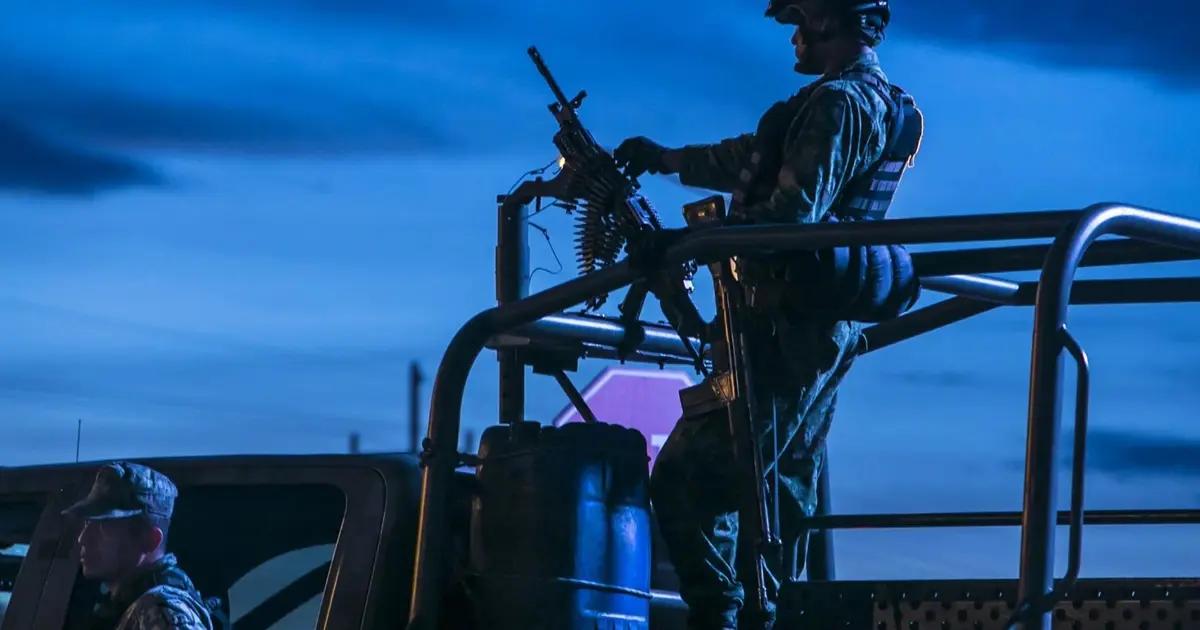 The footage was shared during the night of Monday, December 12, and shows intense gunfire and some shouting. The perspective video shows a short chase and at least one man firing a long gun.

According to initial reports, the actions took place in Nuevo Laredo, Tamaulipas, and allegedly involved a Special Forces team of the Mexican Army. However, this information has not been confirmed.

“Point it to the front, over them, get in, let’s go” were some phrases that could be heard amid the gunfire. At the end of the recording, a man can be heard shouting a ceasefire and then continuing with the detonations, which according to preliminary information, took place between December 10 and 11.

“Stop firing, cease-fire, they are using up ammunition, and they don’t know if he is dead,” could be heard in the video with a duration of just over 2 minutes. It should be noted that it is not known the result of the actions if there were any deaths or arrests during the events.

These actions took place on the Monterrey-Nuevo Laredo highway, near the “Corona” bridge. The Mexican Public Security Secretariat (SSP) of Tamaulipas published on its Twitter account that there were risky situations at different points in Nuevo Laredo.

The institution reported seven civilians killed and four vehicles seized as a preliminary balance. The aggressions were also reported by users of social networks, including videos of the aftermath of the shooting.

In other actions related to the Northeast Cartel, the Sedena reported that Heriberto “N,” alias El Negrolo, was linked to the kidnapping of Mario Cedillo Infante, mayor of the municipality of Guerrero, Coahuila, which took place on October 14.

El Negrolo is identified as the alleged leader of the Northeast Cartel and was arrested thanks to the work of Mexican Army personnel in coordination with the Mexican National Guard, the National Intelligence Center (CNI), and the Attorney General’s Office (FGR).

Authorities also identified the man as a generator of violence in Nuevo Laredo, Tamaulipas. He is linked to illicit activities such as drug, arms, and human trafficking, as well as extortion, kidnapping, and homicides.

“Mario Cedillo Infante, mayor of the municipality of Guerrero, Coahuila, and eight other people, including a minor, who were rescued on October 15, 2022“, detailed the Sedena in a statement.

In addition to drug trafficking, the Northeast Cartel, whose name it has been using since 2015, is also involved in other crimes, such as human trafficking, fuel theft, kidnapping, and extortion. It is a splinter group of Los Zetas and has an armed wing known as La Tropa del Infierno.