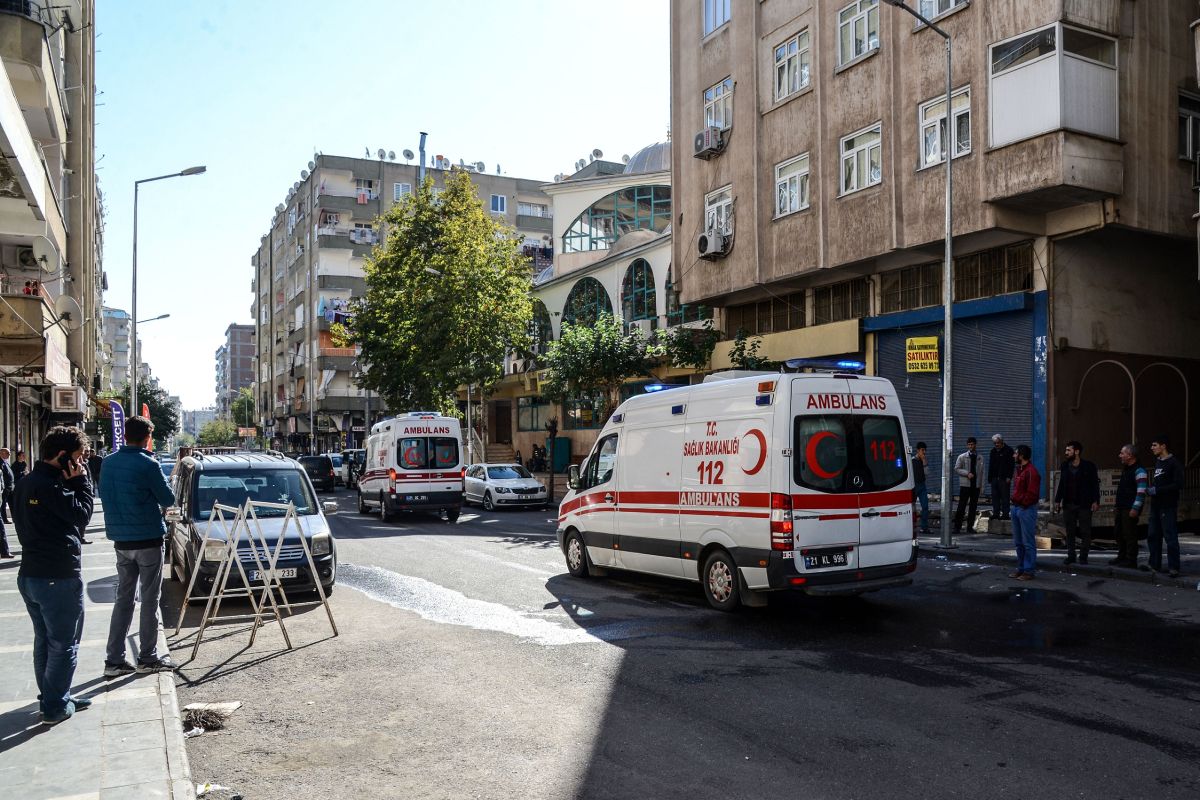 CCTV footage captured the incredible moment a one-year-old baby plummeted from a balcony in Turkey.but survived after bouncing off the back of a stunned pedestrian.

“It slipped down my back and hit the ground,” said bystander Ruhi Asci. to Newsflash about the amazing accident, which occurred in the Haci Ilyas neighborhood in the city of Amasya, in the north of Turkey.

LINK TO THE VIDEO HERE

The baby, named Khatira Amiri was playing on the balcony of the first-floor apartment when she slipped and fell through the bars.

The video that recorded the accident begins with Asci, standing on a sidewalk in front of the apartment complex. Suddenly, Amiri falls from above and hits Asci below the shoulders, before falling to the pavement.

“It rolled off my back and hit the ground,” human trampoline Ruhi Asci said.

Alarmed, the Samaritan turns and lunges at the little boy as bystanders gather around him.

The video concludes with viewers beckoning an unseen person above, presumably the child’s mother, to come down and pick up the baby.

When he goes to pick up the boy, the boy’s Afghan mother runs out from behind in a panic.

Asci painted the scene and described, “At first, I thought a flower pot had fallen on me. When I turned around, I realized it was a boy.”

“A little blood came out of the mouth and teeth”noted Asci, adding that ambulances later arrived and took little Amiri to the hospital with his mother. Fortunately, the boy seemed stable, presumably because Asci’s body had broken his fall.

It is unclear if authorities have launched an investigation into the incident.

In perhaps an even more incredible rescue, it happened last summer, when a Russian grandmother caught a baby who fell from a 15-foot window.