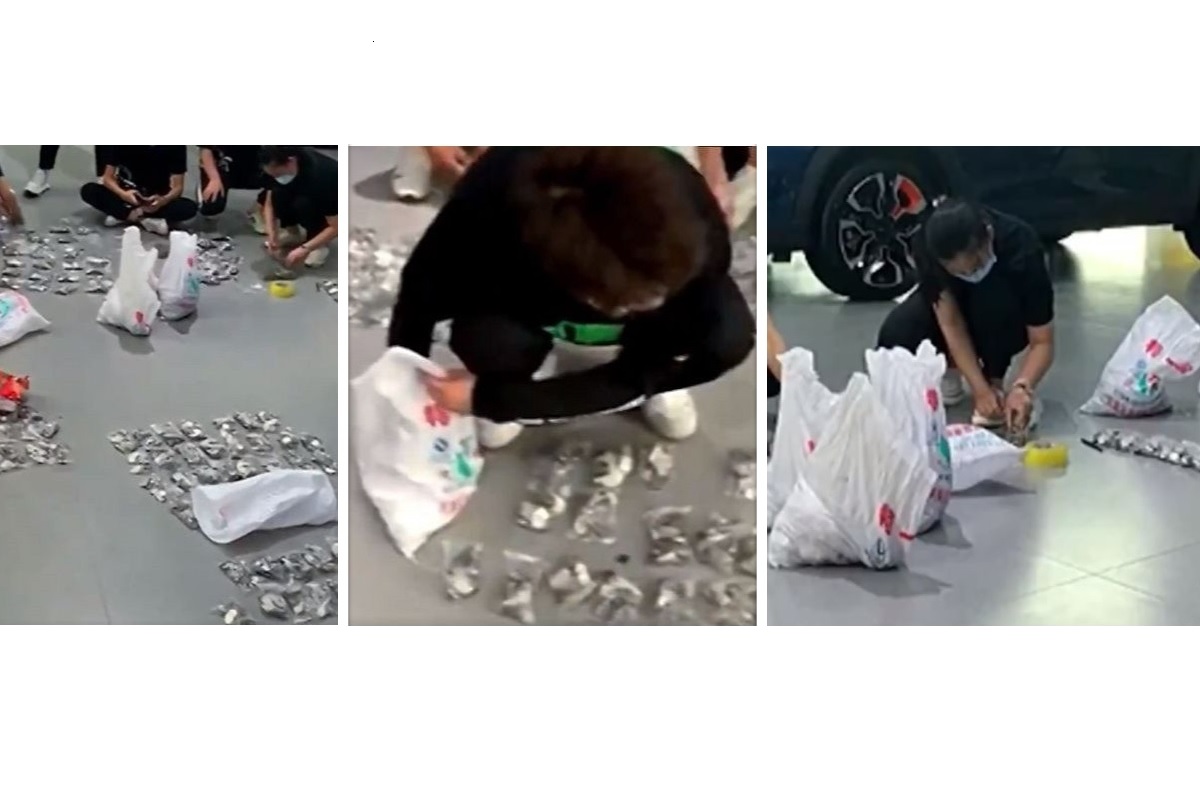 Surely you have ever heard that parents do everything for their children, but this father from the Chinese city of Zhoukou went beyond the limits: the man He paid for a car worth nearly $ 8,000 in pennies to give to his son. A video recorded about 20 employees who counted them in three hours to make sure the 51,000 yuan (something like $ 7,885) the car cost was correct.

Local media reports that a man came to a 4S store located in Zhoukou city, which belongs to Henan province, in search of a car for his son. 4S stores are car retailers that not only sell the cars, but also offer the service of repairs, spare parts and periodic reviews for the units in China.

After negotiating the price of the car and agreeing on the purchase around five in the afternoon, the subject proceeded to make his payment, but did not take a card from his wallet or a pen to sign a check, instead presented in the store more than a dozen sacks of flour filled with coins of different denominations to cover the amount of the car.

According to the employees who counted the money until after eight at night, the sacks contained coins of between five cents yuan and one yuan. The store employees set out to arrange the coins in smaller bags to count them separately and, after more than three hours of arduous counting, perform a sum that would reveal whether the amount handed over by the man was enough to pay off the car.

A father in China was able to pay for a car for his son using only pocket change. The man entered the dealership with 17 bags of coins totaling 51,000 yuan ($ 7,872). It took 20 employees and 3+ hours to count all of it — but he left with the car when all was said and done. pic.twitter.com/pstGANKiqy

Obviously the father of the family was in the flour business, although no further details were released. Perhaps the most interesting questions that remain to be answered in this curious event are: Will you have spare change? And have they also returned it in coins?