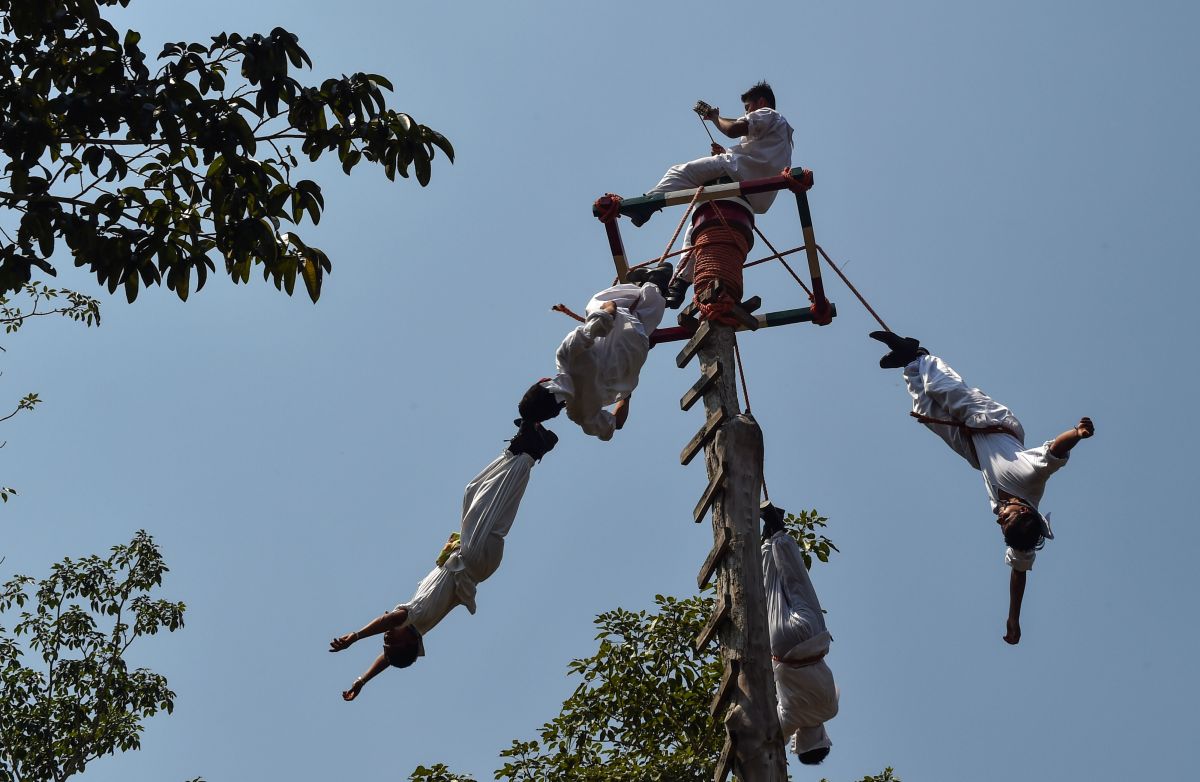 Declared as Intangible Heritage of Humanity by UNESCO in 2009, the ritual Ceremony of the Coladores de Papantla, is a rite that dates back to pre-Hispanic times, however, which is regularly a symbol of celebration and bravery, this time turned into a dramatic tragedy.

The event was experienced during a ritual prior to the celebration of the Day of the Dead, one of the so-called Papantla flyers fell from an approximate height of 25 meters in the municipality of Huaquechula, Puebla.

The moment filled those who watched the show with horror, which was recorded on video by one of the witnesses and was broadcast on social networks. The recordings show the exact moment in which the person falls.

The shot shows how the man, whose identity was not disclosed by the authorities, hangs from a rope tied to his feet, along with three other flyers, while at the tip of the pole, a dancer plays the flute and a drum, Suddenly the rope breaks and he free falls headlong to the ground.

According to versions collected by local media, the ritual was barely 13 seconds after it had started, so the mystical descent was just beginning, approximately 25 meters high.

Then dozens of people come to look at the integrity of the man. The person was immediately transferred to the General Hospital of Atlixco “Gonzalo Río Arronte”, where he was reported serious, but stable.

It may interest you:
Cave collapse in Brazil leaves one dead and eight missing
Tragedy: 11-year-old boy dies when the bomb device he was playing with exploded in Uganda
Four Guatemalans Killed in Truck Crash Full of Immigrants in Texas