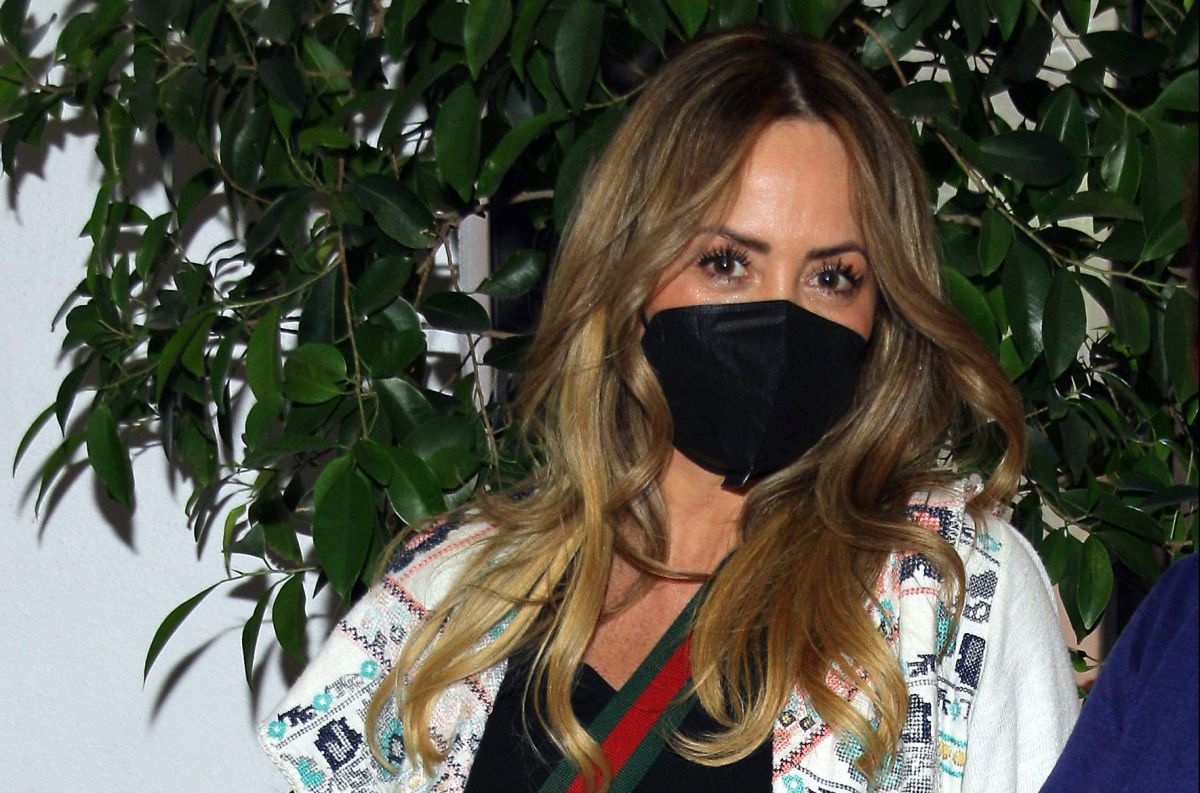 Apparently things on the show “Today” each day they are more difficult, because on this occasion their star driver, Andrea Legarreta, had a bad time after a joke from one of his colleagues.

Through their social networks, Andrea Legarreta, considered one of the main figures of the Hoy program, shared a video in which he reported that he was a victim of vandalism inside the Televisa facilities, something that caused the emergence of endless speculation.

YOU MAY ALSO BE INTERESTED: Andrea Legarreta experiments with intimate toys in full broadcast of ‘Hoy’

As you know, the 50-year-old driver has established herself as one of the great figures of Televisa thanks to the good performance he has done for so many years in the morning, where he is the main star.

Next to Galilea Montijo, Raúl “Negro” Araiza and Paul stanley, the also film and television actress brighten the morning of thousands of viewers by addressing endless topics and playing fun games within the most watched program on open television.

For this reason, after Andrea Legarreta confessed that he was a victim of vandalism, the lights were turned on within the Hoy program, as the main figure suffered a mishap that did not go unnoticed by anyone.

In front of his more than five million followers, Andrea Legarreta shared a video a story in which, sadly, he shared that his vehicle became the object of attacks by one of his colleagues within the program “Hoy”.

YOU MAY ALSO BE INTERESTED: Andrea Legarreta seeks to write the book about the intimacies of the ‘Hoy’ program

In the shared images, which immediately went viral, we can see the model vehicle completely scratched on its windshield, so I do not hesitate to show the aggressor with a tremendous attack.

Turns out that Andrea Legarreta was the victim of vandalism neither more nor less than Paul Stanley, who repeatedly tends to annoy his partner, Raúl “Negro” Araiza, in the same way, but with much stronger messages.

On this occasion, the conductor of Members on the air decided to scratch Andrea Legarreta’s vehicle with the phrase: “Love you”, for which it was exhibited on Instagram and the entire cast of the Televisa morning: “I was a victim of vandalism”, the star host of the program “Hoy” is heard saying.

As we mentioned before, Paul Stanley usually makes this type of joke to his colleagues in Hoy, so his new victim was Andrea Legarreta, to whom he left a rather loving message so that his situation would not be misinterpreted.

Despite the vandalism of which he was a victim, Andrea Legarreta and Paul Stanley have an excellent relationship on and off the Hoy program, so everything indicates that it was a simple joke between co-workers.