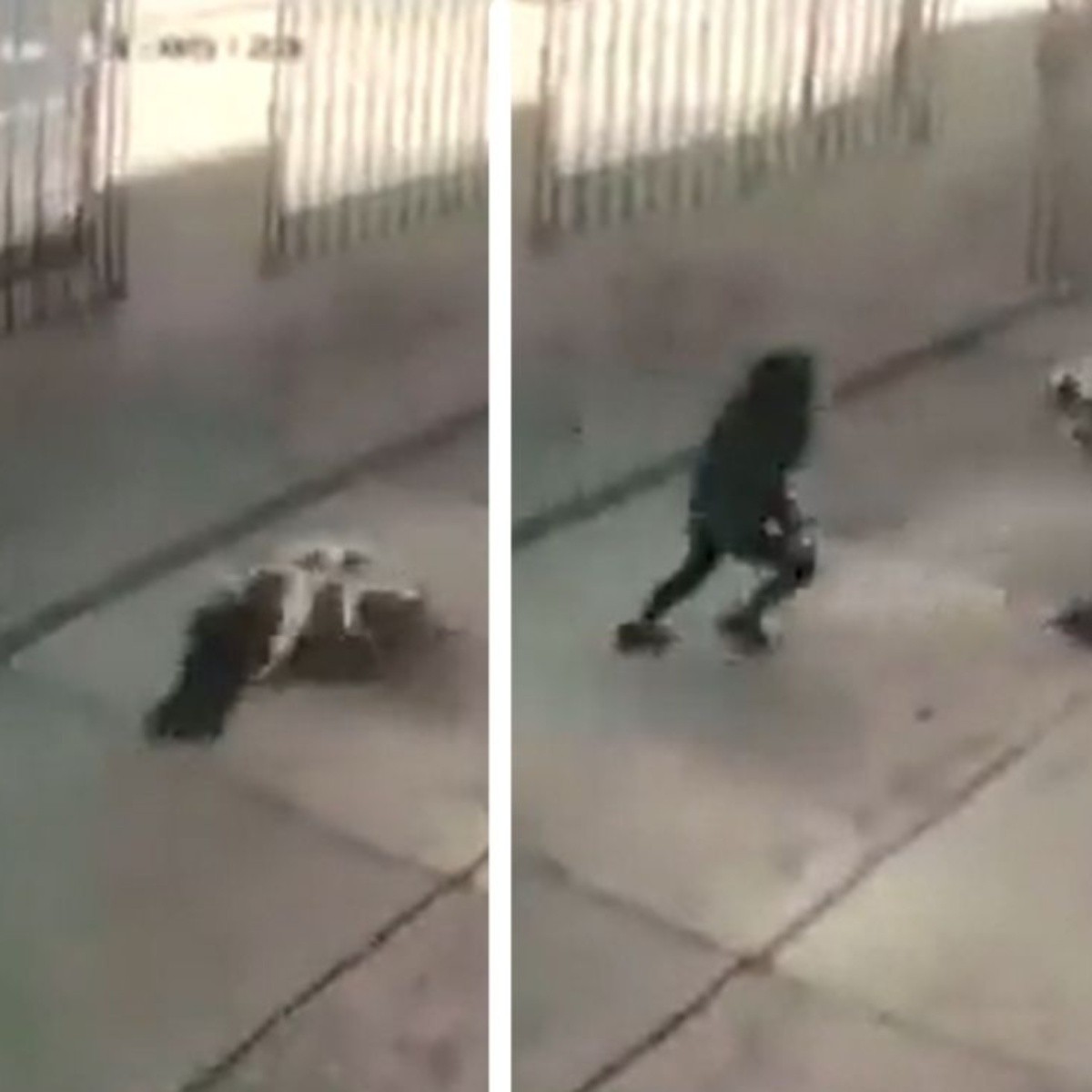 Through social networks, a shocking video that shocked thousands of users due to the alarming images, where you can see the moment in which a little girl is attacked by two pitbull dogs and dragged in the middle of the street of the municipality of Melchor Ocampo, State of Mexico.

According to the recording data, the events occurred last Friday, February 11, when the minor of only two years old was walking in the company of her mother on Francisco I. Madero street, and without owing or fearing her. A dog pounced on the little girl and violently dragged her down the sidewalk while the woman tries to take her daughter from her without success.

The strong images were captured by a security camera in the area, in which you can see the moment when another dog of the same breed comes out of an alley and attack the girl mercilessly before the horrified look of her mother, who tried to stop the canines, but they clung tightly to the extremities and did not let go of the little girl.

Due to the desperate cries of the woman, several passersby approached to offer her their help and with the support of the municipal authorities they managed to separate the animals from the defenseless minor.

According to local media, the police have not arrested the owners of the wild dogs that violently attacked the little two-year-old girl, who is seriously injured in a municipal hospital. Melchor OcampoMexico state.

The relatives of the minor demand justice for the ferocious attack suffered by the little girl, since they pointed out that despite the fact that the owner of the animals showed up at the scene refused to take responsibility for the aggressions of his dogs, and boasted that he was part of the Public Ministry of the Cuautitlán Izcalli Prosecutor’s Office.

WARNING: This video contains images that may affect the sensitivity of some people, discretion is recommended.

VIDEO�� 3-year-old girl is attacked and dragged by 2 dogs in the State of Mexico, they report her as serious pic.twitter.com/Z4yHAbeFgj

Visit the YouTube channel of LA SIRENA by clicking here